Home Business US employment: only 210,000 new posts in November, the real problem is a shortage of ‘active’ personnel. Some companies desperate: and wages rise
Business

US employment: only 210,000 new posts in November, the real problem is a shortage of ‘active’ personnel. Some companies desperate: and wages rise

The problem of shortage of labor supply, in the United States, it continues to persist, and the November data confirm this.

In the month, the US economy it created just 210,000 new jobs, less than half of what analysts expected.

The expectations of the economists interviewed by Dow Jones were for an increase of 573,000 payslips, after the increase of 546,000 units in October (figure revised upwards from the +531,000 employees initially disclosed).

As he had anticipated in a note a few hours ago Sam Bullard, managing director ed economist senior di Wells Fargo, “The shortage of personnel offers does not show significant signs of improvement, and could even worsen in the coming months, with the federal vaccination obligation which will come into force on January 4, 2022. Consequently – the expert pointed out – the conditions of the labor market should continue to be characterized by the scarcity of the workforce, fueling a sharp increase in wages ”.

Increase in wages which in fact took place in November but which, fortunately for those who fear further flare-ups of already high US inflation, slowed the pace.

In fact, hourly wages have risen on average by 4.8% on an annual basis, compared to + 4.9% in the previous month and at a rate lower than the + 5% expected by the consensus.

It must be said that, on a monthly basis, hourly wages went up for the eighth consecutive month, up 0.3% from October.

The unemployment rate fell from the previous 4.6% to 4.2%, doing better than the 4.5% expected by the consensus, but the participation in the workforce in the States remains decidedly lower than the levels prior to the Covid-19 pandemic, even if growing beyond expectations.

The participation rate increased in November 61.8%, slightly above 61.7% expected by the consensus and compared to 61.6% in October. In any case, the percentage remains far from the 63.3% in February 2020.

That said, although the growth of jobs was the lowest since December 2020, therefore in almost a year, the upward revision of the new payrolls in October and September gives good hope for a recovery in employment, Omicron variant permitting.

The data for September and October have been revised upwards by well +82,000 units, confirming the trend of upgrades, which has been going on for a few months, as shown by the graph. 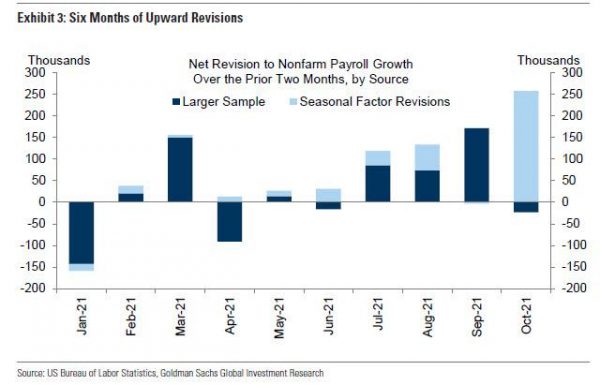 Going by sectors, it is worth noting how in entertainment and hotel industry – the one who had taken the lead in creating new jobs with the reopening of the post-Covid-19 economy – was affected in November by an increase in payrolls of just +23,000 units; it is true that the same sector has recovered almost 7 million of the jobs lost in the darkest period of the pandemic; but it is equally true that the number of employed persons remains approximately 1.3 million lower than the level of February 2020, against a unemployment rate nailed to 7.5%.

At the same time, comforting is the fact that the rate of underemployment, that is, the number of employees who work for fewer hours than desired or who work in less skilled sectors than the coveted job, dropped significantly, reaching 7.8%, well below 8, 4% expected and compared to 8.3% in October (in the pre-pandemic period it was however equal to 7%).

ING comment: economy held back by scarcity of available workers

The analysts of ING they commented on the November employment report, emphasizing above all the problem of the shortage of the job offer. 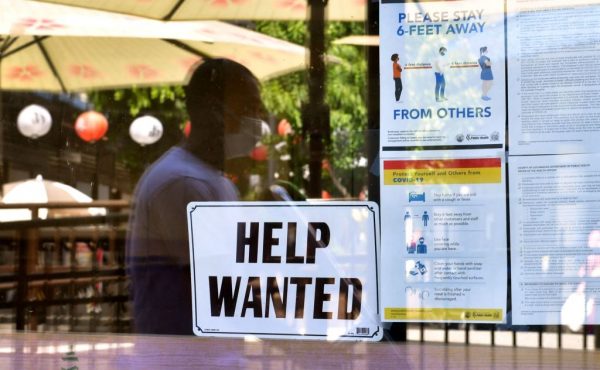 The ING note recalls that the total number of employed in the States remains below the levels prior to the Covid pandemic by as much as 3.9 million units.

The data of the National Federation of Independent Businesses (NFIB), which shows that the number of small businesses that have available jobs that they are unable to fill has risen on a net basis by 48%.

Such a discrepancy between supply and demand for work cannot fail to affect wages, with companies ready to offer higher wages to get the workforce to… work.

Intermonte, US work: temporal misalignment between supply and demand

Antonio Cesarano, Chief Global Strategist of Intermonte, talks about “apparently contradictory signals from the labor market but which could partially capture a temporal misalignment between supply and demand“.

“As a premise – reads the report – it should be remembered that the surveys of the US labor market derive from two samples:

“Dal lato employer survey it emerges that the number of new hires was equal to half of the consensus, about 200,000 units, equal to the lowest increase of the year. On the household survey side, on the other hand, a net increase in the number of potential workers actively seeking work emerges (+594,000). The unemployment rate (ratio between unemployed and civilian labor forrce) – notes the strategist – thus fell from 4.6% to 4.2% thanks mainly to the denominator, i.e. the increase in the number of potential workers who actively showed up. to look for work. This probably due to the lack of subsidies and lower fears about the pandemic after the slowdown in infections between October and November “.

Now, explains Cesarano, “putting together the information of the two reports, an overall context emerges in which companies have started to slow down hiring when the potential workers finally showed up more abundantly to actively seek work. In other words, the job offer is catching up when the demand for labor on the part of companies has appeared more cautious ”.

In this regard, Intermonte publishes a graph, from which it emerges that the appeal, precisely, “above all failed hires in the leisure and hospitality sector (+23,000) for which 1.3 million jobs are still missing to return to the pre-pandemic phase “. 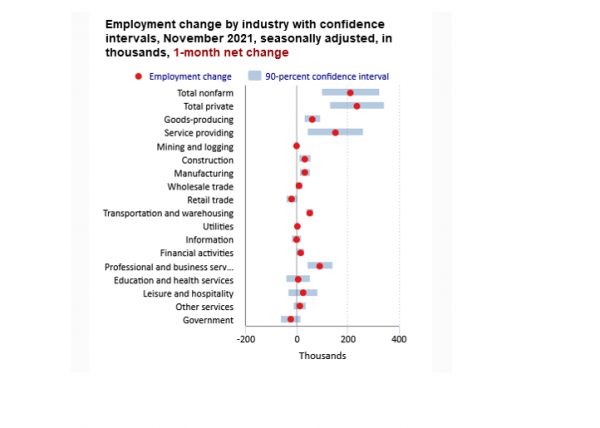 If you want updates on unemployment, inflation enter your email in the box below:

In the end Gotti is satisfied: “It was a roller coaster game”