Home Business Want to use live broadcast to bring goods to harvest foreigners? It’s not bad if you don’t lose your pants – E-commerce – cnBeta.COM
Business

Want to use live broadcast to bring goods to harvest foreigners? It’s not bad if you don’t lose your pants – E-commerce – cnBeta.COM

But recently, I heard that the wildfire of live broadcast with goods has also burned abroad.

Among them, big names such as Facebook, Amazon, and Walmart have entered the market.

You know, our companies used to be packaged as “China‘s Amazon” and “China‘s Facebook”. Now it is the turn of foreigners to “learn” our business model.

To be honest, after learning the news, the first reaction was: the business model that has evolved and won here should be casually slaughtered abroad.

After all, the involution and intensity of China‘s Internet market is no less than cultivating gu.

However, after checking the relevant information, I found that things did not seem to be as simple as I imagined.

Because “live broadcast with goods” is really popular abroad, but…it doesn’t seem to be so popular.

So today, I’m also going to talk about those things about overseas live broadcasts.Let everyone know what is Schrödinger’s “fire”. First of all, in fact, the Internet giants of foreigners are not complete novices when it comes to live streaming.

While watching the live broadcast, netizens can click the link below the video to place an order directly.

But because there were not many waves, the show went offline in a dreadful way after a year of broadcasting. It’s just that the operation logic now seems to be a bit anti-human. It’s probably that the merchant broadcasts a live broadcast on Facebook Live, and then when he encounters the product he likes, he needs to press the screenshot button by himself.

Then send the screenshot of the corresponding product to the merchant, and the merchant will send you payment information through Messenger…

Of course, this is also a small fight, and it didn’t make much waves. Within a few minutes, tens of thousands of pieces of inventory were directly emptied, and a single live broadcast could generate hundreds of millions of sales.

From 2019 to the present, the domestic sales of live broadcast products have skyrocketed from about US$60 billion that year to more than US$400 billion.

The proportion of live broadcasts in e-commerce sales has also risen from a small 3.5% to about 15%. Myself here is miserable and miserable, and I have to give up, but China is full of gongs and drums, and firecrackers are blaring.

So you say, seeing these data and seeing such achievements, are overseas Internet giants sour?

Guess, the inner monologue of these giants is like this:“I knew that we were going in the right direction from the beginning. If we didn’t give up halfway and continue to bet, our live broadcast delivery will be more popular than China.”

So for a while, foreigners began to frantically hype live broadcast e-commerce, saying that this is the next outlet. Some institutions have calculated the bright future of live streaming in the United States with reference to Chinese data.

It should be no problem if the scale is increased tenfold, and the proportion of e-commerce sales is increased by six or seven times.

I can do it with them, and I can even follow a better principle. Platforms such as Amazon, Youtube, Facebook, Instagram, etc., which are inspired by the Chinese model, have begun to focus on live streaming. Take Amazon as an example. It even learned the essence of domestic live broadcast delivery, that is, Internet celebrities who need to bring their own traffic.

They will recommend those Internet celebrities to join the live broadcast and bring goods, of course, the division and the like are also easy to discuss.

At least, judging from the layout of various big factories and various reports in some media… Live streaming has become very popular abroad! The Chinese model is ramping up novice villages overseas. However, the real situation is a bit similar to the metaverse concept of “exploding” some time ago.

The capital is hot, but most consumers are confused.

Open Amazon’s live delivery page and take a look. It is found that there are very few anchors with more than 100 viewers… The live broadcast room with more than 40 people watching in the screenshot is actually the most common.

Financial technology company Klarna also made a statistic that 75% of American shoppers have never tried live shopping, and 75% said they would not shop on social platforms.

The relevant data is also quite hip. TikTok’s median monthly sales in the UK’s top 1,000 stores is only 44.

An old brother who was engaged in live broadcasts and brought goods overseas also told that they had been working hard for a long time, but their competitors had gone bankrupt, and the business had only improved a little.

Anyway, if you ask, don’t come.

It can only be said that compared with the domestic live broadcast rooms with hundreds of millions of transactions, I feel the unevenness of life. Not long ago, Facebook issued an announcement announcing that from October this year, the live shopping function in the Facebook App will be closed.

Maybe you are ready to stop tossing about those who are not, and continue to All in the so-called metaverse.

ByteDance is the same.

According to the Financial Times, TikTok is preparing to enter the whole of Europe and expand to the United States at the same time after the success of the live streaming business in the United Kingdom.

As a result, there are rumors that TikTok has abandoned business plans related to Europe and the United States. Although TikTok refuted the rumors of abandoning the plan, the problem of cold live e-commerce is real.

The specific reasons for the cold overseas with live broadcasts must be quite complicated. But a lot of flaws can even be seen.

One is the market of foreign live broadcasts, especially the European and American markets that are still in their infancy. The plate is really too small.

Take this forecast of the scale of live broadcast delivery as an example. Even in 2026, it is optimistic that the market size of the United States will only be in the early 60s. And in terms of user habits, more than 95% of domestic e-commerce transactions come from e-commerce platforms such as Tmall, JD.com, and Pinduoduo.

The dispersion of consumers’ shopping habits also makes it difficult for them to create domestic giants with live broadcasts. And take another 10,000 steps, not only live e-commerce, but the entire e-commerce industry, China is the only level. The total transaction volume is more than 3 times that of the United States, and the remaining nine countries combined are not as good as us.

The plate was originally small, and live broadcast e-commerce is still a market segment in this small plate, so it is inevitable to be a little shabby. 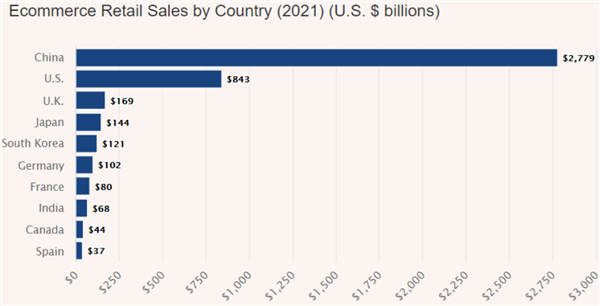 In addition, the well-developed logistics and top-level supply chain in China are probably one of the real factors for the popularity of e-commerce and live streaming.

Because of the atmosphere in the live broadcast room, I placed an order with great interest, but it took a week to receive the goods. Do you think this is torture? 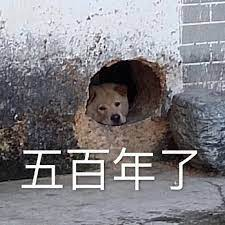 Of course, then again, the strategic department of the big factory is not a fool.

It is precisely because of the existence of these resistances that this market has room for imagination.

This should also be the reason why giants such as Youtube, TikTok, and Google are ready to continue to pay attention.

But what’s interesting is that when the big platform was tepid in live broadcast e-commerce, there was an e-commerce company called Whatnot in North America.

Simply put, it is similar to a “second-hand version from abroad”. They “unpacked the blind box” in the live broadcast room and traded all kinds of second-hand dolls, football cards, Pokémon cards and other “trends”.

Just because of its focus on this niche business, Whatnot is valued at 3.7 billion and has become the largest independent live broadcast e-commerce platform in North America…

Maybe a new way like Whatnot, adapting measures to local conditions, is also another way out for the mode of live broadcast and delivery overseas.

cnBetae-commerceWant to use live broadcast to bring goods to harvest foreigners?It's good not to lose pants
0 comment 0 FacebookTwitterEmail
previous post

Lending a credit card is risky