Facebook released a smart glasses, its biggest feature is that it looks very much like ordinary glasses.

Facebook released Ray-Ban Stories, a smart glasses jointly built with Ray-Ban, priced at 299 US dollars (about 1930 yuan). Users can use the glasses to take photos, record 30-second videos, and listen to phone calls or music outside. They need to be used with a proprietary application. The biggest feature of these glasses is probably how much they look like ordinary glasses. Moreover, users can also make the lenses into sunglass lenses, colorless lenses or even myopia lenses according to their needs.

It is also because it is like ordinary glasses, many people worry that its use in public places will affect privacy.

In this regard, Facebook said that Ray-Ban Stories can do nothing more than smartphones, and, if you want to take a photo or record a video, users need to wake up with voice or press the button on the side of the glasses. When the camera is in use, there will also be a white LED light on the glasses. The battery life of the glasses is about 6 hours, and it takes about an hour to fully charge.

This product is already on sale in the United States, the United Kingdom, Italy, Australia, Ireland and Canada. (Axios)

Tencent responds to “60-year-olds play Qualifying at 3 AM” Yesterday, Tencent’s growth guard platform Weibo issued an announcement in response to the online image transmission of the “60-year-old man’s three o’clock in the morning”.

The response stated that after nearly 3 days of screening and comparison, it was finally successfully locked to a game account. Judging from the technical means and actual verification conclusions, the system believes that the “person” is indeed playing the game. As for whether or not the account belongs to “someone else’s face”, the company cannot judge, nor does it have the relevant authority to make further confirmation outside of the company’s back-end data.

See also  Yes at the Salone del Mobile in September. An unprecedented formula for the restart

Tencent also stated that the nature of this case, if it belongs to “parents passing faces on behalf of their children”, they hope that parents can be more vigilant and not be tricked into doing face scans; if it is “renting and selling accounts used to face faces”, they strongly appeal to the relevant Platforms and service providers strictly abide by the relevant requirements of the competent authorities, and do not engage in illegal behaviors that undermine the real-name system and bypass the anti-addiction mechanism for minors. (Interface News) Himalaya filed to withdraw its US IPO plan Amazon yesterday released two TVs, Amazon Fire TV Omni Series and Amazon Fire TV 4 Series. This is the first time Amazon has launched its own brand TV, which will go on sale in October. These animal sculptures, which are like out of paper, are good playmates for children Toy designer Luca Boscardin created a series of abstract animal sculptures called “Animal Factory”, which were placed in the public playground of NDSM Wharf in Amsterdam. The members of this series of sculptures include giraffes, crocodiles, wolves and gorillas, all of which have the same “body shape” as real animals. The designer hopes to connect “fantasy and reality, nature and industry.” The designer hopes that not only children can climb and play on the device, but adults can also use them to exercise or park their bicycles.

According to Bloomberg News, after the former head of Doug Field switched to Ford, Apple appointed Apple Watch executive Kevin Lynch to take over the Apple Car project.

Lynch has been working on the automotive project since July, when he was mainly responsible for the software part of the car.

In addition, Korean media also reported yesterday that Apple decided not to cooperate with traditional car companies, but to promote the car project alone. (The Verge)

Ma Huateng and Liu Chiping issued a letter to all employees: The first phase of the 50 billion yuan of funds of the “Common Wealth Special Plan” began to land Yesterday, Tencent Ma Huateng and Liu Chiping issued a letter from all employees, stating that the first phase of the 50 billion yuan invested in the “Special Project for Common Wealth” will begin on the 99th Charity Day this year.

The letter pointed out that this year’s 99 Charity Days will be expanded from 3 days to 10 days, and the matching donation mechanism, product system, corporate linkage and public welfare infrastructure will be optimized and upgraded. The total amount of incentives will be increased to 1 billion yuan and strengthened. Support for public welfare projects in the direction of social value issues.

Read the full content of the full letter: www.ifanr.com/digest/1440154

Meizu Flyme confirms the cancellation of “Three Zeros”: Adjusted to an operating strategy consistent with the industry Yesterday, Meizu Flyme issued an announcement stating that in the face of fierce competition, Meizu decided to make adjustments after repeated deliberation: “Flyme maintains an operating strategy consistent with the industry under the premise of prioritizing user experience.”

At the same time, Meizu stated that it will still fulfill its commitment to Meizu 18 and Meizu 18 Pro users, and that these two models will not be affected by this policy adjustment.

In March of this year, Meizu released the 18 series of new mobile phones, which once put forward the concept of “Three Zeros” with zero advertisements, zero push, and zero pre-installation. At present, Meizu’s official WeChat account has deleted the content related to the “Three Zeros”. “52TOYS” completed 400 million yuan C round of financing. The brand was founded in 2015 and is positioned as a collectible toy brand. Its business covers a complete industrial chain of design, production, and sales.

At present, the brand has launched series such as “BOX Transforming Mecha”, “CANDYBOX” and “Super Activation”. Among them, the “Bronze Squad of Ultra-Activation Series” has long maintained the No. 1 sales record in the e-commerce flagship store of the Shaanxi History Museum.

In terms of IP work, “52TOYS” implements a “dual-track parallel” strategy, that is, paralleling the two lines of classic IP cooperation and original IP development, in order to achieve the goal of reaching more users. In the coming year, the brand plans to open 100 directly-operated stores. (36kr) 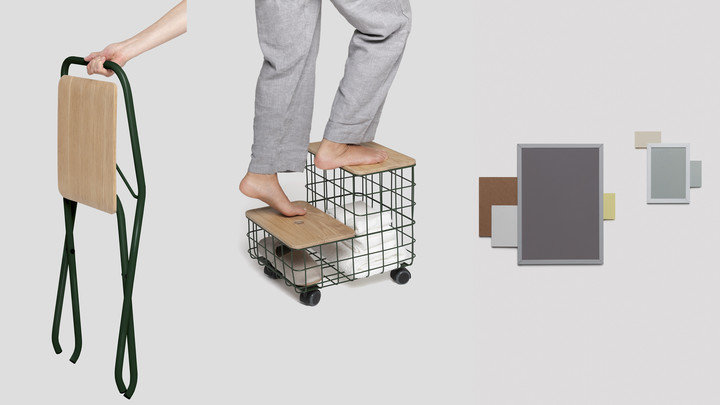 MUJI teamed up with industrial design students from the University of Lausanne in Switzerland to create a project called “Compact Life”, specifically for small-space home design products. The students follow the design principles of MUJI and explore the often overlooked needs from real life. Recently, the US environmentally friendly fashion brand Everlane announced that it will stop and close the sales service of Tmall’s overseas flagship stores on September 12, and the after-sales and customer service services will stop on October 10. 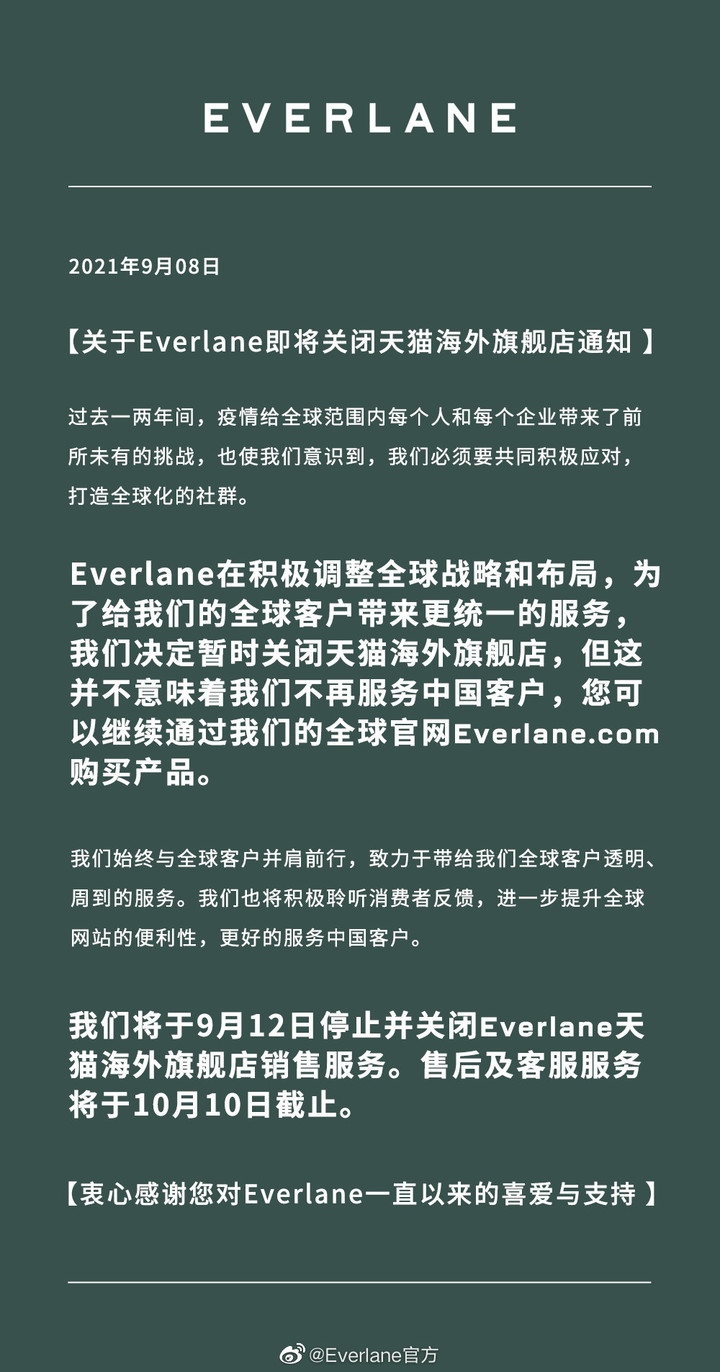 Everlane officially opened a Tmall overseas flagship store on August 26, 2019, which was regarded as the first step for the brand to enter the Chinese market.

Everlane, established in 2011, advocates the brand concept of “Radical Transparency”, which clearly lists the cost of each link of the product and discloses the detailed information of the cooperative factory. However, Everlane suffered a round of public opinion decline last year: it was accused of failing to track the greenhouse gas emissions of the entire production line, lacking measures to guarantee the living wage of employees, or measures to reduce water use. The two brands brought 10 co-branded meals for one person, and the Chinese anti-sugar mouthwash series “Zhonghua Xiaohongguan” or “Strip Mouthwash” were used in the set to provide consumers with convenient after-dinner oral cavity. Nursing experience. 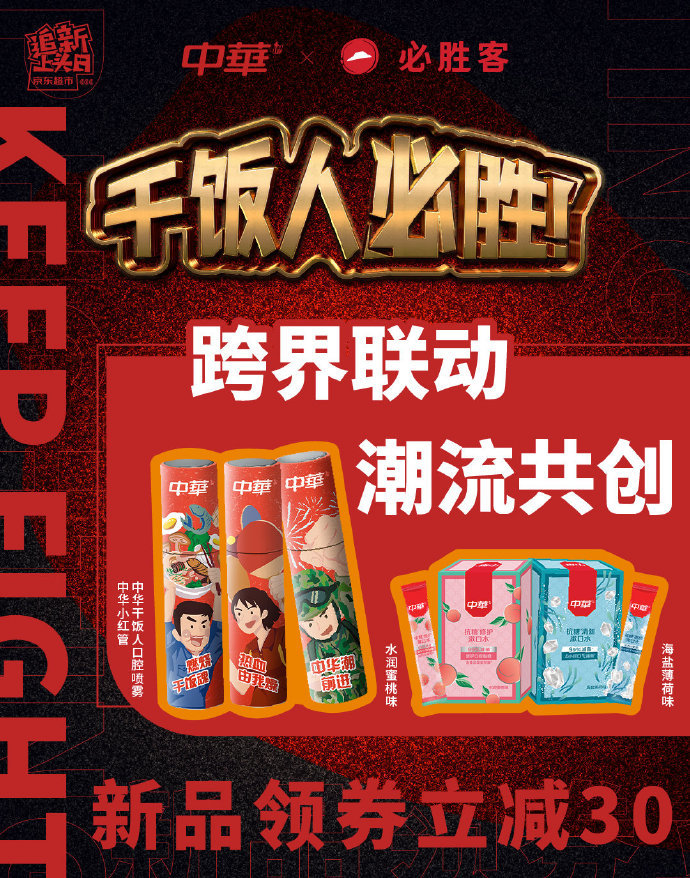 In addition, the two parties have also cooperated to create a series of “Chinese Fan Fanren” peripherals, including earrings, T-shirts, badges and other products. (SocialBeta)

For general medicine truly in step with the times

In the third quarter, the latest position adjustment...

For Tesla record after record: the Model 3...

BYD Semiconductor’s spin-off and listing was approved by...

Wall Street up, Dow Jones at a new...