Home Business ZTE: In the first half of the year, it achieved a revenue of 59.82 billion yuan and a net profit of 4.57 billion yuan.
Business

ZTE: In the first half of the year, it achieved a revenue of 59.82 billion yuan and a net profit of 4.57 billion yuan. 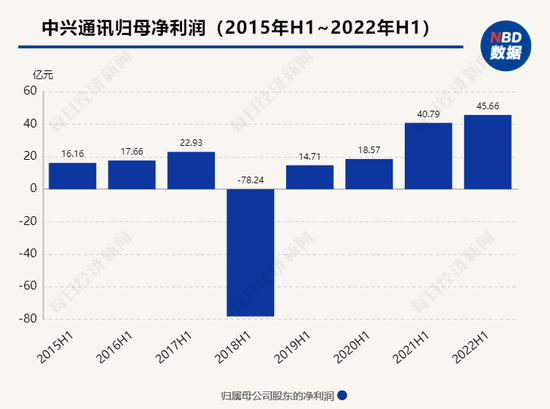 In terms of research and development, in the first half of 2022, ZTE’s research and development investment was 10.15 billion yuan, an increase of 14.56% over the same period of the previous year, which was mainly used for 5G-related products, chips, servers and storage fields. Among them, in the field of chips, the company stated in the financial report: “It has the ability to design the whole process of chips.”

2022 is the first year of ZTE’s overtaking period. In response to this development cycle, ZTE’s strategy is to make progress while maintaining stability in the first curve and rapid development in the second curve. In the first half of this year, in addition to wireless and wired products, ZTE also rapidly expanded its second-curve business represented by servers and storage, terminals, 5G industry applications, automotive electronics, and digital energy. That’s an increase of nearly 40% year-on-year.”

It is worth noting that in order to adapt to the new business development model of the second curve, ZTE has also made corresponding adaptations in the organizational form, and successively established automotive electronic product lines, smart home product lines, digital energy operation department and mines. , Metallurgical Steel Industry Special Forces, etc.