The Tencent musicians who entered the staging venue through the urban stage competition brought a variety of styles and truly presented the epitome of the theme portrayal of “everything can be sung”. On the stage, CALIS Wu Xuhui, who combines national culture and tide music elements, opened up a new perspective on his hometown with “Quanzhou Slow”; the transparent text with a paranoid attitude towards music brought a healing interpretation of “Forget Him”; insisted on Cantonese rap The HomeBoy Ye Fenghua is a high explosive field. The live performance of “WORLDWIDE” demonstrates the confidence of the national style.

Freshman musicians are the force that connects “everything”, while star musicians undoubtedly lead the force out of the circle with strong heat. In this scene, Zhu Jingxi and Trojan Horse, the two big celebrities incarnation of the original force convener, respectively brought shocking interpretations to the scene.

In addition, Qian Runyu, who has gathered numerous musicians from Tencent, has gained countless fans by virtue of his ethereal singing, and brought into the sweet magnetic field with a lively electronic “Gravity”; Yeaking, a cool musician who plays with rhythm and dynamics, Quickly ignite the audience’s body in the neon of “Midnight Club”. And “Musical Novelist” Liu Shuang is full of firepower in this stage, performing four representative songs in a row. Among them, “Mohe Ballroom” is the first online performance on the stage. The songs promoted by Shuang cooperated with Tencent’s musicians have also been praised again through the stage performance, and are currently online on various platforms under TME.

See also  Rihanna is listed as the world’s richest female musician with assets of US$1.7 billion | Forbes | Celebrity Beauty | Cosmetics 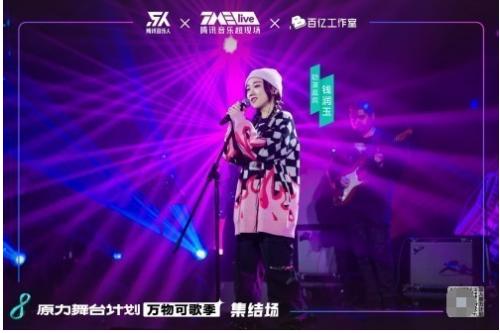 With the full lineup of stars, the stage effects of this venue are also specially customized, allowing each musician to perform immersively on the exclusive stage. The stage style and lighting effects are changed according to different songs, so that the music is better presented, and the musicians collide with each other to create more sparks, and jointly bring this original festival audio-visual feast.

For a long time, Tencent Music has built a prosperous original ecological environment for musicians from multi-dimensional supportive planning covering creation, publicity, and commerce. The “The Force Stage Project” is to help Tencent musicians be seen and liked by more people through the city stage and the opportunity to compete for the year-end festival stage.

In the city stage competition that lasted for nearly three months, the music geek Taiyi, the rap queen VaVa Mao Yanqi, the fairy group good sister who debuted for ten years, and the national style music talent Cai Yisheng and other force conveners gathered in each The field led four Tencent musicians into the music world of Vientiane, on their own brand-new stage, and competed together for the dream of music. Among them, the “synthwave synthesizer wave” presented by the big puppets with the most beautiful bands in Shanghai, the cyberpunk style Techaos, the time communicator Liu Minghui, and the midsummer that integrates electronics, R&B, etc. with the national style Ye waited, telling the story of “luminescence” with their love and passion. 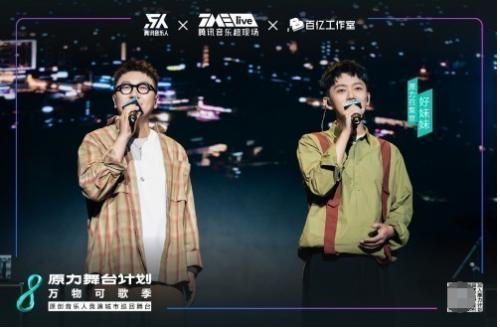 Whether it’s electronic music, rap, folk songs or national style, this year’s “The Force Stage Project” uses different urban characteristics and changes in the style of the urban stage to organically integrate music, musicians, and the city. At the same time, through music The wonderful interpretation of people connects each beam of the Light of the Force to form a multi-music network where everything can be sung.

In the assembly hall, the final winner was named HomeBoy Ye Fenghua, a boy from the “Greater Bay Area” who insisted on Cantonese rap. The “The Force Stage Project” started from the Suzhou hip-hop special, and accompanied him all the way to escort, and the moment of winning witnessed his persistence in dreams and determination to sing Chinese culture.

Giving musicians a more fertile development environment and making the platform a fortress for musicians has always been the direction of TME’s exploration. The Musician Upgrade Support Program launched by Tencent Musicians in cooperation with TME live and Ten Billion Studios is to serve musicians in a more three-dimensional manner. Through the comprehensive connection of upstream original content with downstream concerts, performances and other industries, music will return to the line. The next scene will help more new musicians to be seen and move on to a broader stage. In addition, under the effect of TME’s joint Weibo promotion, #原力平台计划万物可歌季#, #大学生用音乐传非 Heritage Culture#, #音乐人一首歌写了六年#, #柳爽摩河舞馆The total reading volume of music-related topics such as live environments# has surpassed 100 million. The extensive publicity channels provided by TME help musicians gain greater exposure.

Good confidants achieve each other. For musicians, the Force Stage plan allows each work to land, and truly walks among music fans to give a real musical experience. For the plan itself, the continuous upgrade of TME has also injected a steady stream of energy into the Chinese music industry. Fresh vitality. It is precisely this original intention and determination to support original musicians, while working together to create one spring after another for Tencent musicians, it also allows original musicians to strengthen their beliefs! In the future, TME will set sail in key cities across the country, and the “urban stage” will continue to unfold in more forms. Finally, I look forward to the winner of HomeBoy Ye Fenghua at the TMEA annual ceremony. I believe that the next journey will be even more exciting for both TME and original musicians!

LINE change machine without fail! How to back up the chat records of 2021 ultra-detailed backup replacement steps? How to transfer across systems? (Android/iOS)-Otter Girl