Recently, the youth suspense drama “The Coward” was launched on Youku. This drama is adapted from Zheng Zhi’s novel “Swallowing Lives”. It focuses on the life changes of four high school friends. The label “son of my son” was discriminated against and bullied, and only Fa Xiao Wang Di, classmate Feng Xuejiao, and transfer student Huang Shu stood with him. However, 10 years later, several people became strangers, and Huang Shu, who returned to the small town, suddenly encountered an accident… The play is based on two murders that span time and space but are highly similar, and tells the story of youth that spanned 10 years.

The story begins in a small town in the Northeast in 1999. Qin Li (played by Ou Hao) is a sunny and cheerful high school student with excellent grades. Every day, he has a carefree class and fights with Wang Di and Feng Xuejiao. 10 years later, Qin Li became a deaf and dumb repairman with a gloomy personality.

The Red Star News reporter noticed that although the overall quality of the drama is good, the 30-year-old Ou Hao’s role as a high school student was questioned by many critical audiences.

Today (11), Ou Hao admitted in an interview that he had this kind of worry at first, but he hopes to show the different periods of the characters through subtle changes such as inner drama and eyesight. Ou Hao said that “The Coward” must be the last youth-themed drama he shot, and as he grows older, he has no confidence in such topics.

Red Star News: What chance did you get to film this drama? How do you understand the character Qin Li?

Ou Hao：I was still very excited when I got the role. I read this novel a long time ago, read it more than once, and liked it very much. I also particularly like the character of Qin Li, and feel sorry for his suffering and suffering. It is my luck to be able to play Qin Li.

I feel that Qin Li is very pitiful and miserable. It feels like the worst character I have ever played. He has suffered so much injustice, suffered the betrayal of his friends, and suffered the departure of his beloved. But what is commendable for him is that he insisted on his original intention and never changed himself. Just like what he said in his lines: People can throw away anything, just don’t throw away their pride. I think this is also what Qin Li will be liked by everyone.

Red Star News: What is the biggest touch this role brings to you?

Ou Hao:In fact, there are a lot of touches. I have been thinking about the impact of the original family on the children of the original family. This impact may last a lifetime. If it weren’t for the problems caused by his original family, Qin Li’s character might not be so withdrawn. If he could get more love from a young age, the love of his parents and family, his life might not be the same. Because of his family relationship, many people around him will discriminate against and exclude him, which is a vicious circle, and it will become more and more serious.

What I also want to express is that I hope there will be more love and kindness in this world. Every one of us usually makes a small act and a heart-warming word, which may affect a person’s life, especially for those who have suffered a lot.

Red Star News: Now there are some doubts that the 30-year-old Ou Hao is still playing a high school student. Stressed out before shooting?

Ou Hao:I think “The Coward” must be a very memorable drama for me, and it must be (my) last youth-themed drama. Indeed, I may not be confident in myself in the future.

In fact, when I was filming, I also had such concerns, and now there are also such voices on the Internet. But what I considered at the time was that I paid more attention to the inner drama and a change in the character’s 10-year span, and more attention was paid to the emotional aspect, how to express the character, and how to achieve the character’s state from some subtle details, such as the eyes. .

During the shooting process, in addition to communicating with the director, he actually communicated with the original author and screenwriter Zheng Zhige. When he got the chance, he asked him how Qin Li was feeling. How to interpret and express this character?

As Qin Li, in addition to the changes in the shape, the state presented in the two stages is completely different. My main point of entry is the eyes: 10 years ago, when he was a student, his eyes were clear, pure and beautiful; Some desire for revenge.

Red Star News: This is a 16-episode short drama, and 6 episodes are currently on the air. But many viewers feel that the suspense seems not enough at first?

Ou Hao:This play must not be a work that makes you feel great joy and sorrow all at once. It takes time, and after the whole play is finished, it may bring you some different feelings.

In fact, we are narrating in multiple time and space, and there are a lot of information points in it. I think each drama has its own unique temperament. “The Coward” is to be watched carefully and patiently. Once it enters your heart, you may understand it all. 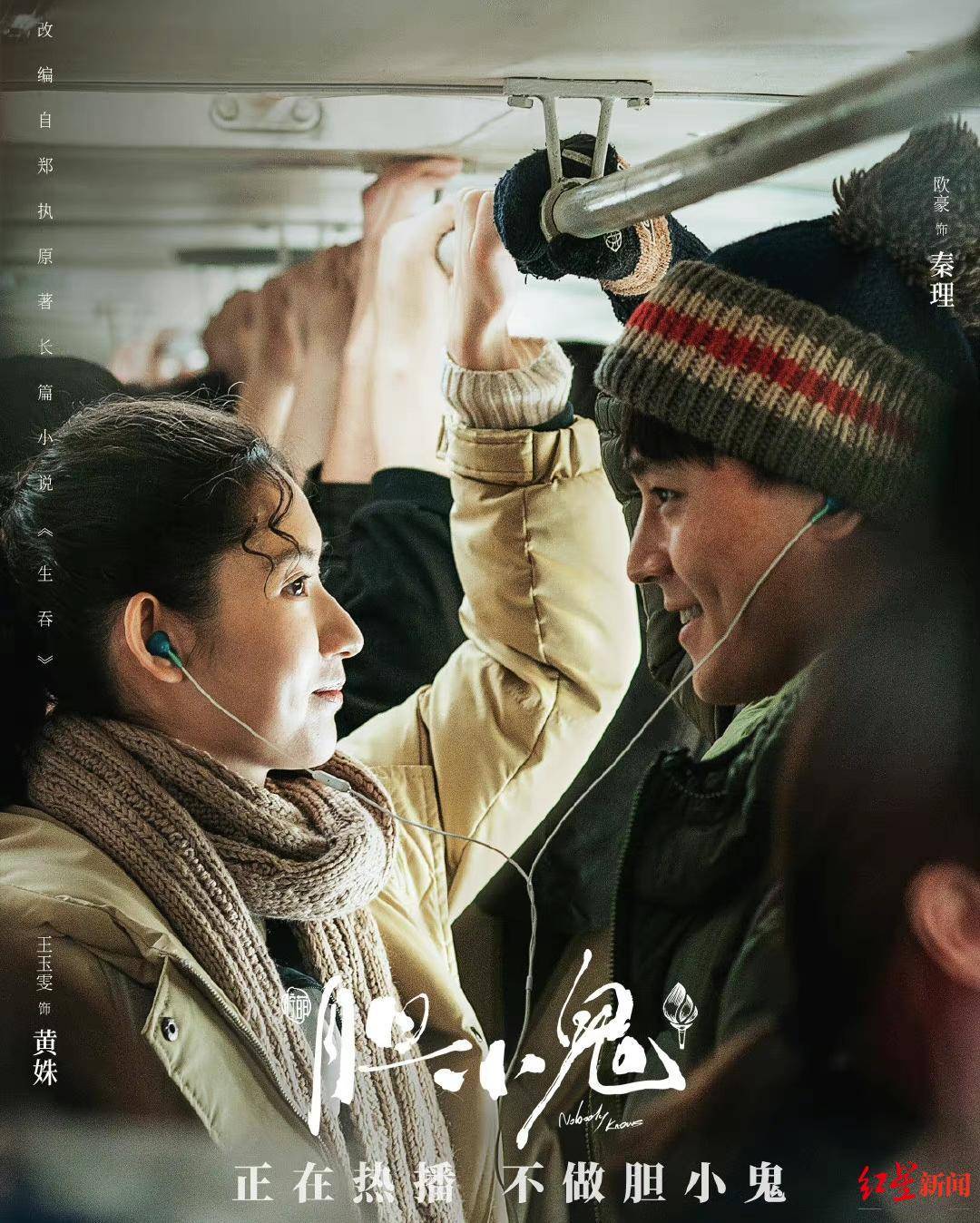 Ou Hao:Our play is indeed about youth and emotion, and it is also about us looking back to see what our youth has gone through. Do we have the same experience with them? Or whether there is guilt or apology for friends, or whether it is a good memory.

For example, Huang Shu and Qin Li both had very rough fates. When I read the novel, the sentence that touched me the most was at the end: in order to illuminate her life, you burn yourself to the ground. I cried when I saw this sentence. I think this sentence is very touching. It expresses Qin Li’s life and his feelings for Huang Shu. Many people will think that this is Qin Li’s dedication and contribution to Huang Shu. But in fact, after reading the entire story, including the entire presentation in our play, this sentence is also about a relationship of mutual redemption between Huang Shu and Qin Li.

In Qin Li’s mind, Huang Shu was also like a beam of light, illuminating him. In fact, I am also thinking, is it possible for Mr. Zheng Zhi to write a happy story of Qin Li and Huang Shu later, so that the two beams of light can illuminate each other, because these two people are really too bitter, too pitiful, of course It’s just imagining. I remember filming a scene where Huang Shu was performing on stage. We watched it live and thought she was very beautiful on stage. All of a sudden, my heart will be very lost, and I will feel very distressed. Thinking of what happened to her later, my eyes are wet unconsciously.

Our play may be slowly infiltrating your heart, and you will feel a pain when you think about it at some point.

No, Elden Ring is not on Game Pass