Home Entertainment Cannes Film Festival: Borghi and Marinelli are back together in “The eight mountains”
Entertainment

Cannes Film Festival: Borghi and Marinelli are back together in “The eight mountains”

One of the most anticipated “from book to film” adaptations of the year is in competition at the Cannes Film Festival: we are talking about “The eight mountains”, film by Felix van Groeningen and Charlotte Vandermeersch, based on the beautiful novel of the same name by Paolo Cognetti, winner of the Strega Prize in 2017.

Co-production between Italy, France and Belgium, the film marks the return together of Alessandro Borghi and Luca Marinelli seven years after the cult of Claudio Caligari “Don’t be bad”, a feature film that had contributed greatly to making them two of the most requested actors at the center of the story is the ten-year friendship between Pietro, a city boy who goes to the mountains only to spend his summer holidays, and Bruno, a shepherd who lives in the mountains all year round . The two have known each other since childhood and when they meet again as adults their bond will quickly strengthen. inside the screenplay: if Bruno never wants to “get off” from the place where he grew up, Pietro will return as an adult at high altitude to find himself and make peace with his past.

A fascinating but long-winded film

The first part works perfectly, with the two main characters as children, thanks above all to the sensitivity of a basic writing that manages to deal with the psychology of the young protagonists with great precision and emotional transport. film becomes more sluggish, above all due to redundant food for thought and a less exciting pace than the initial one. by Felix van Groeningen in career (here for the first time flanked by his partner in the control room), a decidedly overrated Belgian director who in the past has signed negligible films such as «Alabama Monroe» and «Beautiful Boy». In «The eight mountains», despite a few empty passages, his staging is more controlled and the film undoubtedly gains from it.

To highlight the excellent performance of Borghi and Marinelli, but also the rest of the cast does its duty. 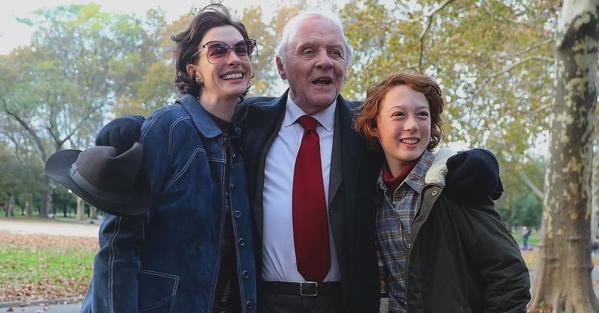 Another of the most anticipated titles of the competition is “Armageddon Time”, a new film by James Gray. It can be said without a doubt that the American director has returned home with this film that seems strongly inspired by his past: we are in fact in the Queens of the years Eighties, where Gray grew up, and what develops is a decidedly personal coming-of-age story. The very young protagonist Paul is facing a fundamental moment of his adolescence, both in a school environment that he is unable to appreciate, and in a family unit marked by a conflictual relationship with his parents and by affection for his grandfather. There are several socio-political references in this small but ambitious project, sincere yet rather fragile due to a narrative trend lacking in great breadth. Several touching sequences are followed by more didactic and scholastic passages, which take away from the viewer some of the involvement necessary for a film of this type. Remarkable proof of an always excellent Anthony Hopkins in the role of the grandfather of the young protagonist.

Family kidnapped in Mali, the sister: “My brother Rocco was happy and calm, he was fine there”