In 2003, David White released the first edition of The Battle for Westnoth [1])”. Inspired by two Japanese games “Master of Monsters” and “Warsong”, White’s goal was to make a free and open source turn-based strategy RPG with simple mechanics but great gameplay depth.

The program has been sponsored by hundreds of people. Every aspect of the game, from the engine to the music, art and full-fledged campaign, has been refined and enhanced as a result.

One of the game’s major controversies is that the attack hit rate is too low, forcing players to constantly resort to strategy, so there can be frustration.

Players can visit www.wesnoth.org for more information or to download Battle of Wesnoth for free

Players can visit www.wesnoth.org for more information or to download Battle of Wesnoth for free

The secret to Wesnoth’s success is its simplicity of play. Units move on a hexagonal grid and can only attack adjacent enemies. There is only one resource in the game, money, which is used to recruit troops, which is obtained by controlling locations each round.

The depth of gameplay comes from the nuances hidden in the game. There are terrain bonuses, multiple types of attacks and damage, and unique stats and location effects that are affected by game time. Troops can be upgraded to prestige classes, and often carry over to subsequent scenarios in the same campaign – provided they survive. The map is well designed with all kinds of little surprises, challenging constraints and optional objectives. Getting started is easy, but mastering it is hard.

The Battle of Wesnoth currently has 16 “official” campaigns with over 200 scenarios. These plots all take place on the same timeline, but vary in difficulty and player perspective. In Heir to the Throne, for example, you’ll play Konrad, a young prince fighting for his life and the kingdom. Son of the Black-Eye is more difficult but more rewarding, and players take on the role of Kapou’e, the orc chieftain. In Under the Burning Suns, players will travel to the distant future of Wesnoth to guide their elven companions to their new home and help them struggle to survive in this hostile land .

The game also has a large and active multiplayer community, as well as a wealth of user-made content: original campaigns, custom factions, a variety of multiplayer maps, and more. All of the above content can be downloaded directly through the game’s built-in browser, although some content may require special plugins.

Battle of Wesnoth is easy to download, rich in content, completely free, and supported by a large community of volunteers. It’s the crown jewel of CRPGs and a must-play for all fans of turn-based strategy RPGs and strategy games.

1Translator’s Note: The original name of the game was The Battle for Westnoth, which was later changed to The Battle for Wesnoth; the name of the continent in the game was also changed from Westnoth to Wesnoth. This is due to the gradual perfection of the setting: the inhabitants of the Wesnoth continent come from the west (west) and north (north), become “Westnorth”, and eventually evolve into Wesnoth. The origin of the word is explained in the campaign “The Rise of Wesnoth”.

Lionheart: Legacy of the Crusaders

Lionheart: Legacy of the Crusader was the last RPG released by Black Isle Studios, and many CRPG fans know it as the only game based on the SPECIAL ruleset of Fallout [1]but that’s just one of many unusual things about Lionheart.

The background of the game is alternate history, the Crusades [2]During this period, King Richard the Lionheart [3]Three thousand prisoners were executed, thus causing “the Disjunction” of the dimension, and magic and demons appeared in the world.

The story takes place much later in the 16th century, in the Inquisition for possessing magic. [4]After being arrested, the player is attacked by assassins and then rescued by Leonardo Da Vinci, an inventor and wizard who has a strong bond with the player in the game.

In fact, long before “Assassin’s Creed” carried it forward, “Lionheart” has already started to set historical characters as NPCs of the game crazy, and Da Vinci is just one of them – Galileo, Shakespeare, Machiavelli, Cervantes, Nostradamus [5]Joan of Arc and many historical figures are featured in the game.

See also  Paul: Don’t worry about Ayton Bridges’ contract extension. This is the business part of the game. 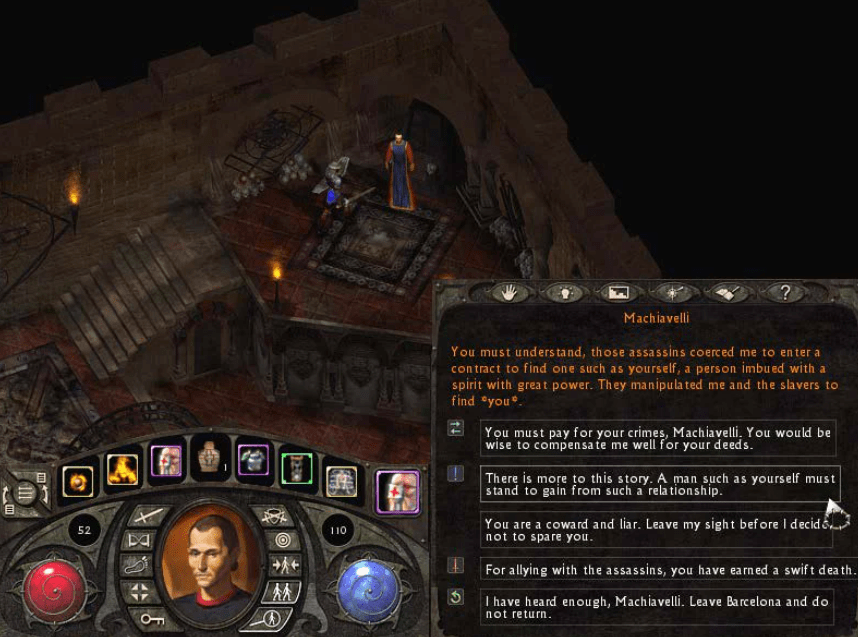 Unusual alternate historical backdrops filled with historical figures. There are many options for dialogue in the early game, but in the later stage, it gradually becomes a brainless monster. 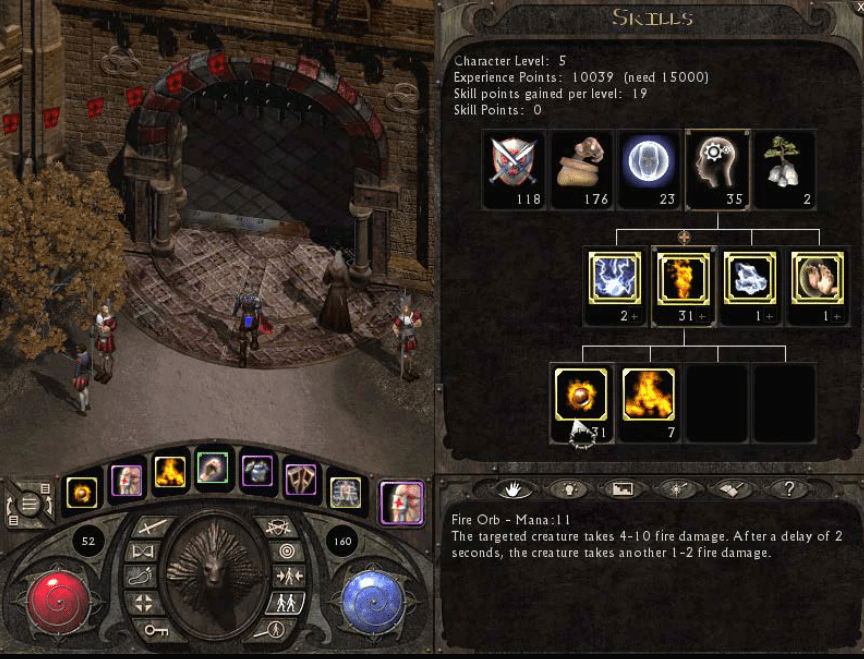 The game is based on the SPECIAL ruleset of the Fallout series, with similar attributes and skills, but with most non-combat skills removed, magic and four races added.

Players are eventually taken to New Barcelona, ​​where there are four main factions: the Knights Templar [6]Inquisition, the Knights of Saladin [7]and Wielders. When you decide which faction to join, their respective unique missions will allow you to simply interact with this unusual world and discover its strangeness.

Once the player leaves New Barcelona, ​​the gameplay experience begins to degrade and everything becomes more linear, with the main quest becoming a series of dungeons and repetitive battles to explore.

Combat is instant, similar to Diablo, but so simple that it can be a struggle for players who don’t take character creation seriously. Combined with poor level and mission design, the second half of the game turns into a boring journey that ends in a hurry.

The mod makers have made widescreen patches for Lionheart for the game, players who encounter graphics glitches can use DxWnd to fix them.

The mod makers have made widescreen patches for Lionheart for the game, players who encounter graphics glitches can use DxWnd to fix them.

So what are the advantages of the game? The soundtrack is great, and the unique and beautiful art design adds to the atmosphere of the game. But for those who liked at least some parts of Lionheart, the game world itself was what made them love the game. Even after the rise of Kickstarter and indie games, Lionheart remains the weirdest CRPG I’ve ever played.

Regardless, Lionheart isn’t a great game, and it’s not a good game either. It looked like a project that was canceled halfway through and was released for no apparent reason. If you’re like me with no expectations for this game, you’ll have some fun playing it, but I wouldn’t recommend this game to anyone.

2Translator’s Note: The Crusades (1096-1291) were wars waged by feudal lords and knights in medieval Western Europe against the Muslim world on the east coast of the Mediterranean.

3Translator’s Note: Richard I (1157-1199), King of the Plantagenet Dynasty of England, one of the commanders of the Third Crusade (1189-1192), known as the “Lionheart King” for his bravery and fighting skills .

4Translator’s Note: Inquisitions set up by the medieval Catholic Church to fight heresy.

6Translator’s Note: The Knights Templar (1119-1314), one of the three Knights, was established by the French nobles to protect the Holy Land after the First Crusade to capture Jerusalem. Force IV eradicated.

7Translator’s Note: Saladin (?-1193), the Sultan of the Ayyubid Dynasty in Egypt, is a representative figure of the Arab world‘s resistance to the Crusaders.

Advertisement at the time:

Welcome to the CRPG page in Chinese and English according to the original book layout.

The book took four years and was completed by 119 volunteers.

What you’re seeing is part of the CRPG Tongjian version. This Chinese version is created and distributed online under the constraints of the original book license agreement.

Chinese version of the project website:https://crpgbook.cn

This book (“CRPG General Book” version) is preparing to publish a Chinese physical version. Welcome heroes from all walks of life to join our compilation committee. For details, please visit https://crpgbook.cn/contact/.

This Chinese translation is provided by CRPG Tongjian@indienova authorized the release, and indienova will not only regularly publish relevant game introduction articles, but also maintain a dedicated CRPG channel synchronously.In this channel, you can not only Graphic layout similar to the original bookread it, and at any time Freely switch between Chinese and English versionsContrast reading.

Hyundai and Giugiaro together for the return of...