“Crimes of the Future”, Cronenberg’s highly anticipated return to the Cannes Film Festival

The most anticipated return: David Cronenberg’s day has arrived at the Cannes Film Festival. The Canadian director presented his new feature film “Crimes of the Future” in competition, starring Viggo Mortensen, Kristen Stewart and Léa Seydoux.
Eight years after “Maps to the Stars”, the great author is back behind the camera for a film that is entitled as one of his very first works, dated 1970, without however being a remake.

Set in the not-too-distant future, “Crimes of the Future” shows humanity learning to adapt to a synthetic environment and a series of mutations and metamorphoses that alter their own biological makeup. As accelerated evolution spreads rapidly , people are divided between those who indulge in transhumanism without opposing resistance or limits and those who, on the other hand, try to control it. The synopsis is enough to understand how much for Cronenberg this is (also) a return to the poetic one on the relationship between the body and technologies that had made it great in the past: remarkable films come to mind such as “Videodrome”, “The fly” or «EXistenZ» in front of a product in which the director puts aside the “realism” of his most recent films to totally embrace body-horror.

Crimes of the Future

If among the characters there is a well-known performative artist, who publicly shows in some performances the changes that occur in the internal organs of his body, the whole film also looks like a great audiovisual performance, enhanced by an elegant aesthetic and a column. suggestive sound, with references that go to different body artists such as Stelarc and Orlan. Involving in the first part, the film gets lost a little too much as the minutes go by, due to a series of excessively verbose sequences and little relevant characters. As anticipated by the director himself, “Crimes of the Future” is a very hard film that does not discount (Cronenberg had declared that many would leave the theater after a few minutes), but if you have a bit of a strong stomach you are witnessing an imperfect but very interesting film, able to develop interpretations of various genre on many symbolic elements. 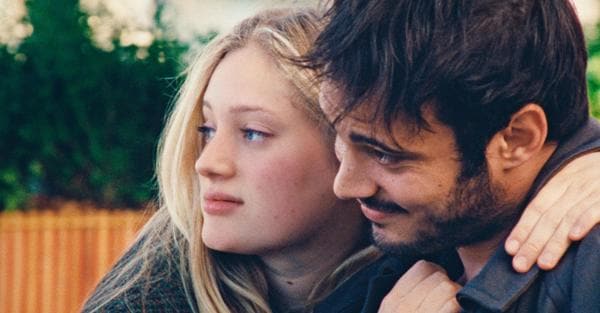 The competition also featured “Les amandiers”, the new film by Valeria Bruni Tedeschi. Set in the 1980s, it tells the story of a group of twenty-year-olds – including the protagonist Stella – who find themselves sharing the extraordinary experience of being able to be part of the prestigious acting school directed by Patrice Chéreau. Between exuberance and fear of an uncertain future, they will understand what it means to become adults. Valeria Bruni Tedeschi returns to his youth and tells with remarkable emotional transport a strongly nostalgic and heartfelt operation. Italy “) left something to be desired in terms of staging and writing, in” Les amandiers “the level is decidedly higher and the stylistic excesses are here more functional because they are linked to stage fiction. Very incisive in the first part, the film drops a little to the distance when the light-heartedness gives way to a disillusionment that is too phoned and built at a table. , while remaining an always intense vision and proving to be the most effective outcome of Valeria Bruni Tedeschi’s career behind the camera. definitely keep in consideration for the future.

The National Convention reduces the purchase tax of some passenger cars by 60 billion. Auto stocks soar at the opening of the Zhongtong Bus 8-connector.