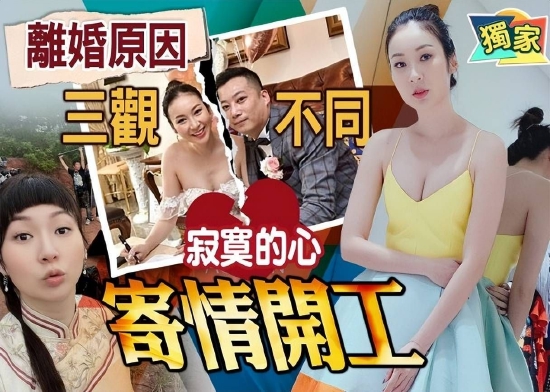 Sina Entertainment News on November 7, Hong Kong media reported that Zhuang Simin and her husband have serious differences in the three views, and the two have been separated for a long time after their marriage, and they have decided to officially sign the divorce this month.

42-year-old Zhuang Simin is working in the mainland. She has just finished filming the new TVB drama “The King of Kings”. In an exclusive interview with the media, she confirmed that she had filed for divorce with Brian. Talking about the reasons for the divorce, Zhuang Simin said, “We often quarrel over where to live. He once promised me that he could accompany me in Hong Kong or the mainland, but every time he regretted it, he always said that he couldn’t let go of the business in Taiwan. This problem has never been solved. , Barely without happiness, we can’t go on at all, why don’t we get a divorce.”

The two have been married for more than two years. They are financially independent and have no children. Zhuang Simin does not ask for alimony, and the man will not split the woman’s net worth. Divorce is relatively simple.

Zhuang Simin believes that neither of the parties has an extramarital affair. She has tried to save the marriage, but the man is unwilling to cooperate and refuses to communicate. Now she has to divorce. Zhuang Simin said that after the divorce, she will focus on her career and will not remarry for the time being. She stressed that her parents respect her decision.

See also  Why are you willing to take your son with your ex-husband?Zhao Liying recorded embarrassing response to the show | Chinese Restaurant | Feng Shaofeng | Divorce

Attention deficit and hyperactivity, what are the warning signs and why you need to intervene immediately

Can you make a movie with money?This “producer”...