Home Entertainment Dragon TV’s “The World of Two People” hits the show, showing the true love of the world under the high-rise buildings in Shanghai_李文嘉
Entertainment

Dragon TV’s “The World of Two People” hits the show, showing the true love of the world under the high-rise buildings in Shanghai_李文嘉

Original title: Dragon TV’s “The World of Two People” hits the show, showing the true love of the world under the high-rise buildings in Shanghai

In 2003, during the SARS period in Shanghai, two “Shanghai drifters” accidentally met on the bus, which caused a series of misunderstandings.Afterwards, the two met and separated in the torrent of fate, and finally met again in the fight against the new crown pneumonia epidemic in 2020… Directed by Meng Ji, starring Guo Jingfei and Wang LuodanThe urban inspirational emotional drama “The World of Two People” is broadcasting two episodes every night on Dragon TV at 19:30. BesTV is exclusively broadcast on the entire network, and BesTV’s IPTV screen is exclusively launched simultaneously.The play is based on Zhou Yifei’s novel of the same name. It tells the story of the young generation, represented by Xu Dongyang and Li Wenjia, of leaving their hometown to Shanghai to pursue their dream. Urban changes over the past few years.

In the play, although the encounter between Xu Dongyang (Guo Jingfei) and Li Wenjia (Wang Luodan) is “destined by fate”, the subsequent life trajectory is “two flowers blooming, each showing one branch”. The perspective of the story extends to their respective struggle experiences: on one side is Xu Dongyang working hard on the construction site, on the other side is Li Wenjia working hard as a “young white” in the workplace. Their work and life are by no means smooth, but While the overall situation is improving, it will also encounter a series of challenges.

Xu Dongyang, played by Guo Jingfei, is an enthusiastic northeastern youth. He who came to Shanghai to apply for a job is a real little man with a down-to-earth and empathy. He knows what is urgent, and he has the wisdom of life; he is humorous, and more. He is a down-to-earth and pragmatic youth. Li Wenjia, played by Wang Luodan, is a feminine workplace woman who is soft on the outside and strong on the inside. She has gone from being an ignorant youth who first entered the society to a career elite who can control a career by riding the wind and waves; from first encountering Xu Dongyang’s youthful love, to Getting married and raising daughters raises the next generation, presenting a wonderful life journey full of ups and downs for the audience.

When interpreting the character, Wang Luodan said: “Li Wenjia is not only a child of an educated youth who wants to return to Shanghai, she is also the epitome of all the “wanderers” who want to establish a foothold in the big city-they want to take root in the big city. I want to keep my loved ones by my side. This process of hard work is actually full of bitterness and humanity. This is why Li Wenjia’s character can impress the audience.”

Just as Wang Luodan said, “The World of Two People” provides the audience with a good and humane model and an optimistic way of working. The temperature that fully demonstrates the human nature, as well as the temperature of the city of Shanghai, is an important theme of this drama. The first scene of the whole play is the aerial photography of Shanghai’s Pudong Bund-the familiar views of the Oriental Pearl Tower, the Huangpu River, and the Bund International Architecture Expo. The dreamy and true feeling gradually became clear as the plot unfolded. 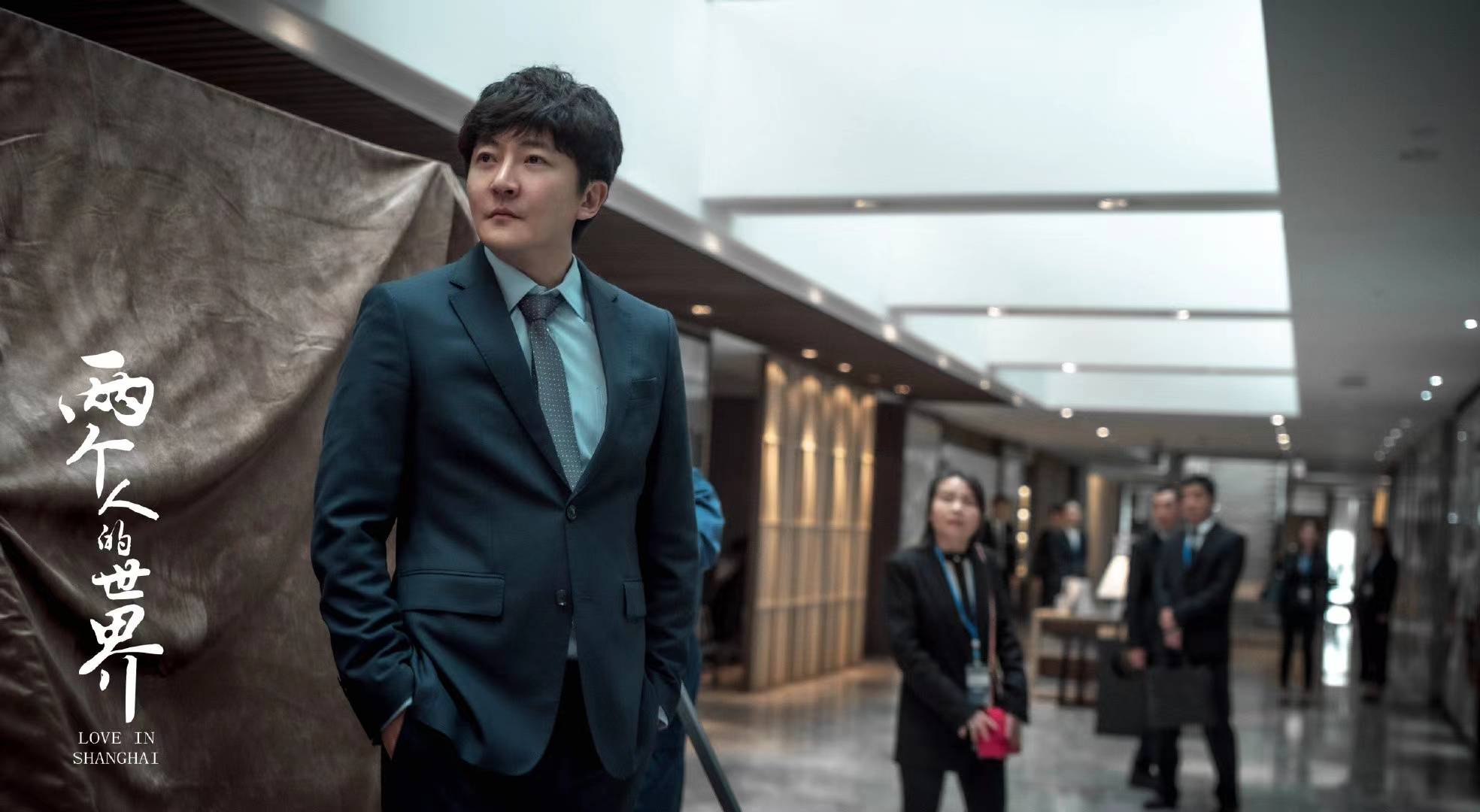 Showcasing Shanghai’s urban changes over the past ten years

Ordinary happiness is the most touching

The temperature of the city of Shanghai is everywhere in the play: Li Wenjia took a job for a day, and then went home after dark. At the entrance of the alley, she ran into a neighbor who scolded the child because the child dropped the vinegar bottle, so she took the two that she had just bought. Give the neighbor a bottle of vinegar; Li Wenjia made her aunt unhappy because she didn’t buy the isatis root. Unexpectedly, the neighbor who got the vinegar turned around and gave her a bag of isatis root as a gift. Li Wenjia lives in the tube building in the narrow alley. The neighbors share a common kitchen. The warmth between people is passed on to each other in the cramped space-everyone will say hello when they meet, saying “off work”. I’m busy.” “I’m back.” A few simple words can sometimes produce magical chemical reactions, and all day’s fatigue, running around, and unsatisfactory things will be comforted and relieved. 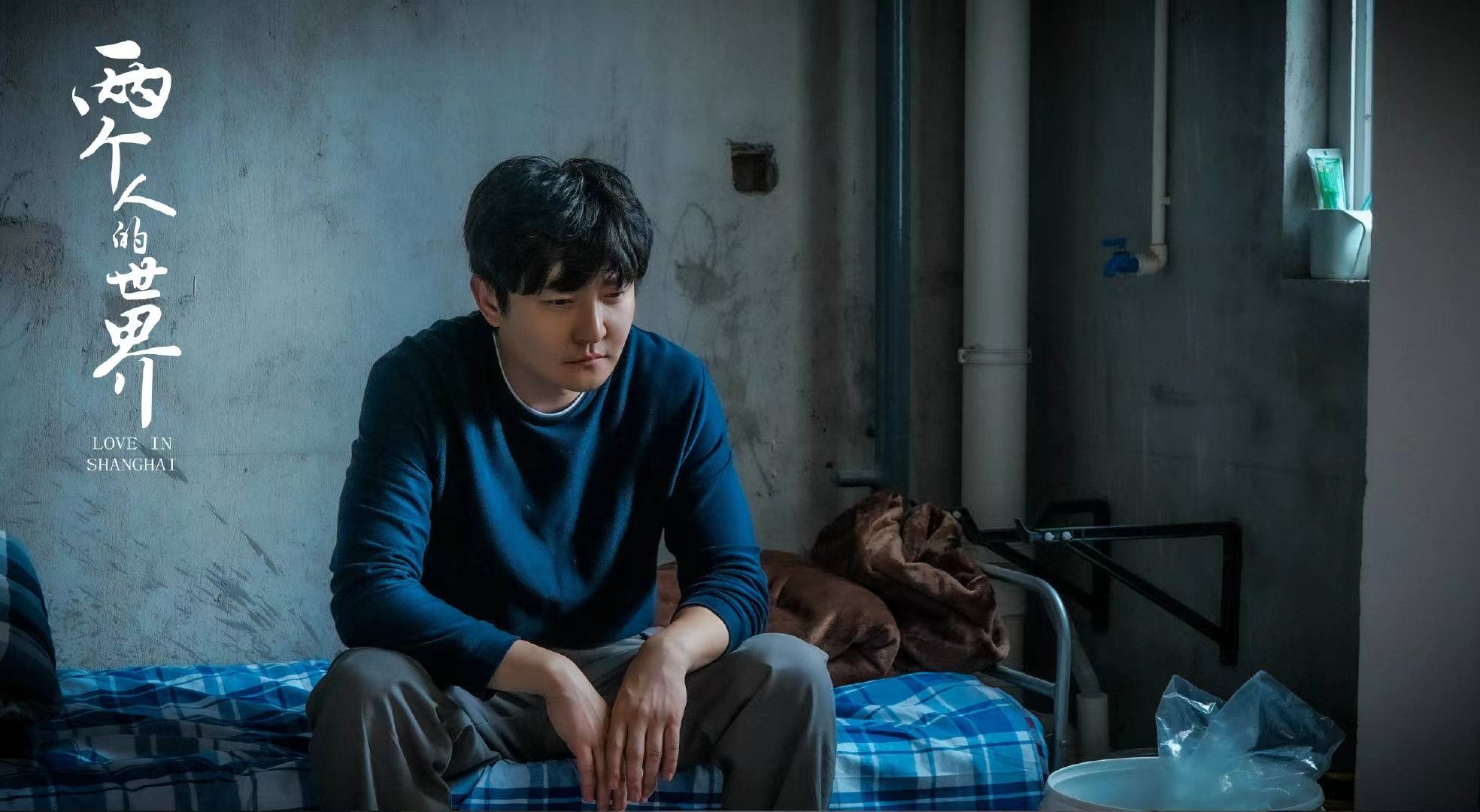 “Shanghai has a warm city, Shanghai people have warmth, Shanghai life is very warm, and Shanghai’s story is very warm. This drama is to present the great spirit of Shanghai from the perspective of ordinary people. It is the story of every “Shanghai drift”. , Is the ordinary happiness we create with our hands.” Chief producer Cui Yi said. Director Meng Ji also said: “What we hope to show is the hot and hot world under the skyscrapers of Shanghai.”

Taking the story of Xu Dongyang and Li Wenjia as the axis, “The World of Two People” exhibits Shanghai’s urban changes and people’s livelihood trajectory in the past ten years. After turning a thousand times, the Shanghai that remains in people’s memory is so leisurely, friendly and warm. As the theme song sings in the play, “I am not afraid of the long road ahead, your eyes are warm, but plain but dissolves all my loneliness.” In fact, the inspirational life of “truth, goodness and beauty” and the true meaning of life of “ordinary happiness” are the most touching things. . 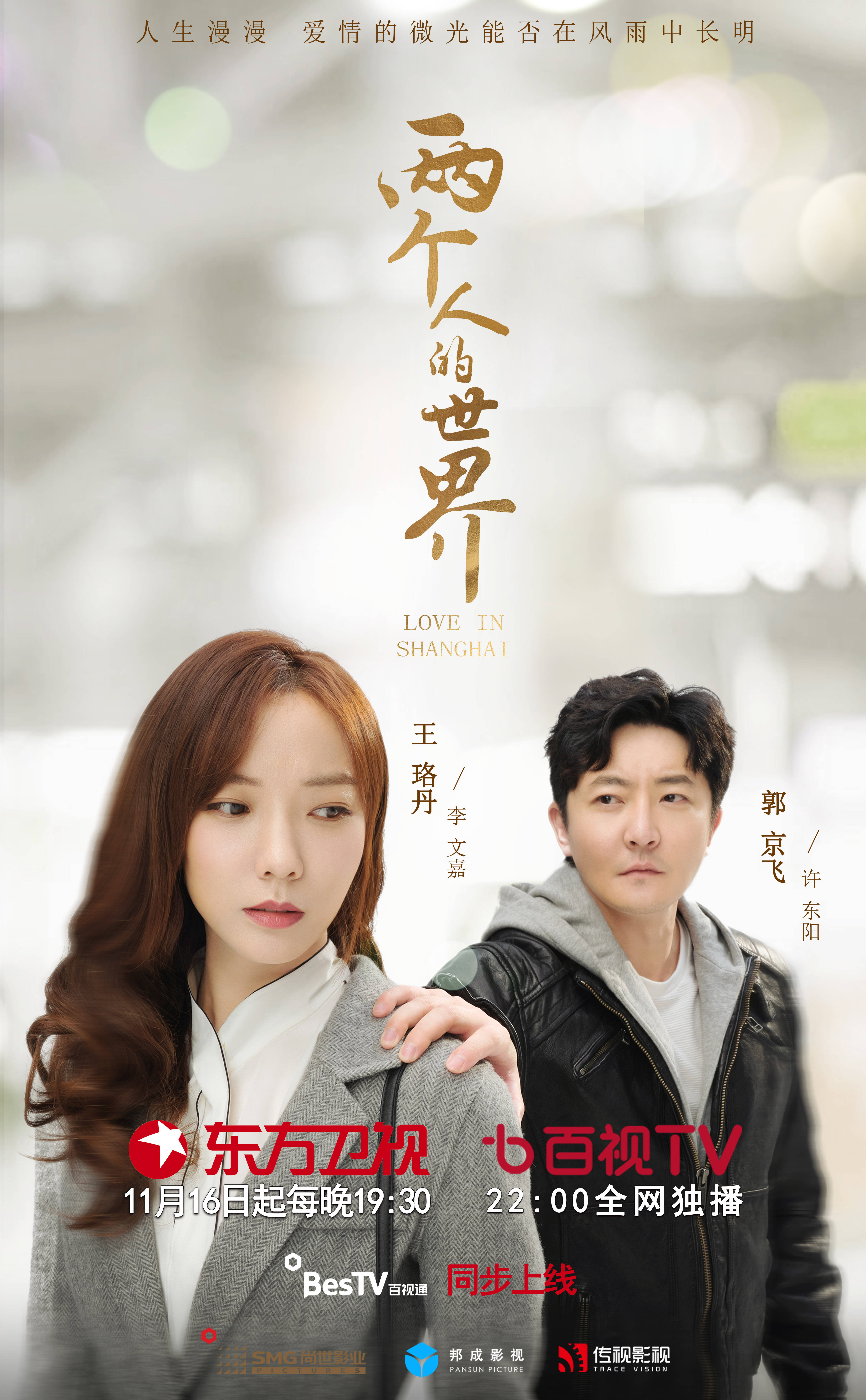 It is worth mentioning that, as the first domestic TV series filmed and produced entirely with 8K ultra-high-definition television technology, “The World of Two People” will shock the audience in the 8K terminal and present the audience with a large-screen visual experience, leading the audience into the “new The struggle history of Shanghainese. It is understood that the production of the show is completed in “8K full process”, which is the first time in a domestic TV series. The so-called “full process” refers to the entire process from the shooting period, the pre- and post-production period, the synthesis period, to the output of the film, which are all completed using 8K equipment and a post-production platform supported by the rendering factory. Compared with previous attempts in the industry at some 8K technology nodes, “The World of Two People” has truly achieved a “complete production line” production. The production team has overcome many difficulties during three years of creation and polishing, and has achieved a high degree of technological innovation and content quality. Combined, this drama has a different kind of artistic value and practical significance. 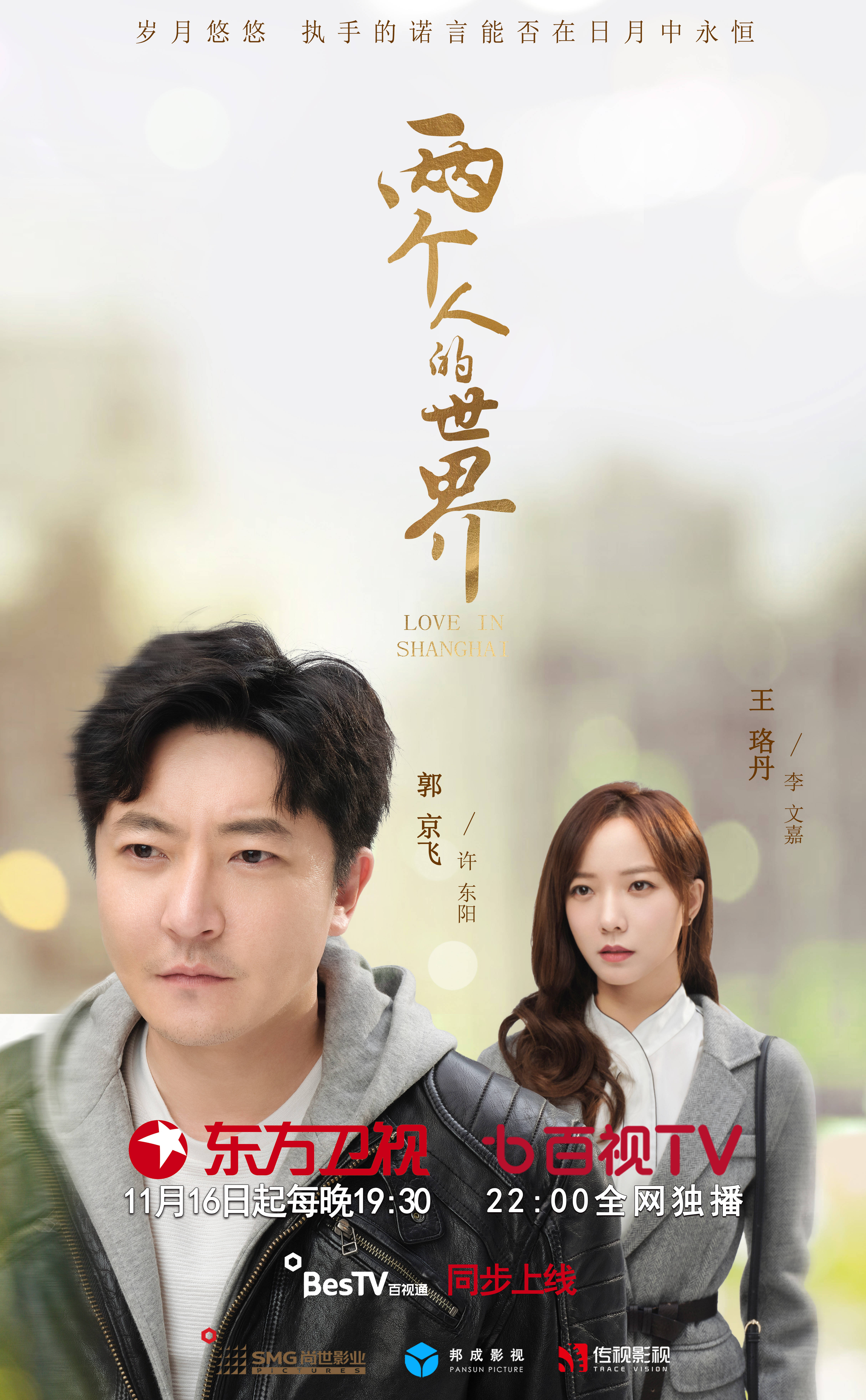 For more exciting content, follow Dragon TV’s two episodes of “The World of Two People” broadcast every night at 19:30. BesTV broadcasts exclusively on the entire network, and BesTV’s IPTV screen is exclusively launched simultaneously.Return to Sohu to see more