Original title: Drama is a handicraft work that cannot be discounted

On July 10th, the “Drama Brand Day” event of the China National Theater Line × Shanghai Theater was held in Beijing Tianqiao Art Center. At the event, Chinese dramatist Lai Shengchuan and Shanghai Theater CEO Ding Naizhu shared their insights on the creation of “Book of Water”, and the in-depth interpretation of the first stage rehearsal work “Millennium Eve, We Say Crosstalk” and the tour story after the epidemic. The meaning and charm of Lai’s drama.

It is reported that “Book in Water” was staged at Beijing Tianqiao Art Center on July 10th and 11th. 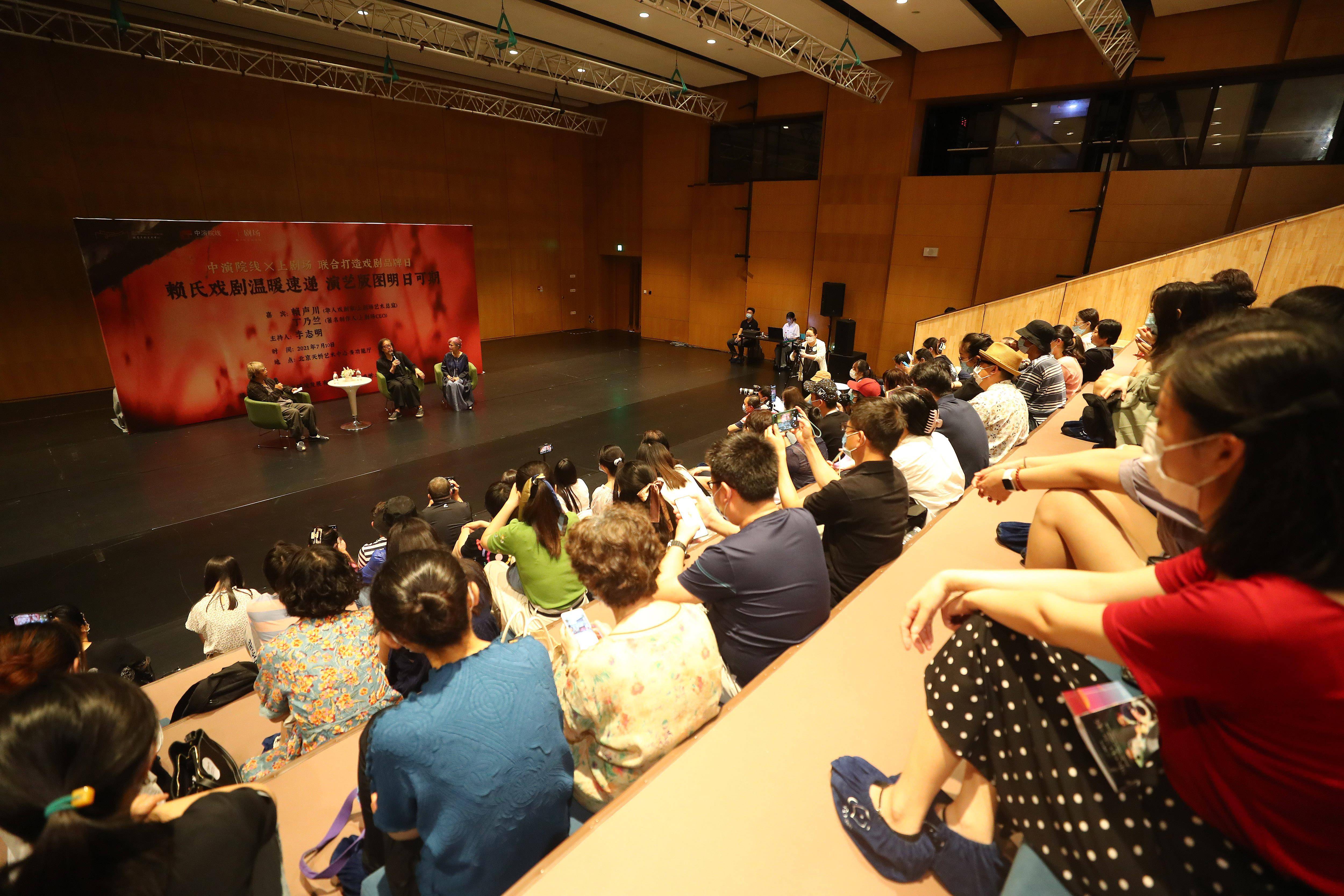 The stage play “Book of Water” was created in 2009 by Lai Shengchuan at the invitation of the Hong Kong Repertory Company. This is a work that explores and reflects on the value and meaning of life. It tells the story of how the protagonist who returned to start a business after the financial turmoil re-examined himself after an encounter and changed the trajectory of his life. On October 23, 2020, “Book in the Water” was premiered at Beijing Tianqiao Art Center as the first high-definition drama image of the Shanghai Theater. Many celebrities and guests attended the show to congratulate. Since then, Shanghai Theater Live has been on a hot national tour, and it was also presented in “videos” at the Guangzhou Grand Theater and Zhuhai Huafa Zhongxian Grand Theater, making countless audiences increasingly look forward to live performances. From July 10th to 11th, “Book in the Water” came to Beijing to perform. He Jiong, Huang Yici and the powerful lineup of the Shanghai Opera Troupe performed on the same stage to discuss the meaning of “happiness” and “life”.

See also  Alice Springs, the other half of the great Helmut Newton, is dead

Speaking of the cooperation with He Jiong, Lai Shengchuan thought, “The drama “Secret Love in Peach Blossom Spring” is really difficult. It is difficult for anyone to perform. Although He Jiong and Xie Na are not from a class, they host variety shows very well. They are in variety shows every day. The so-called rhythm in the show, we want a comedy rhythm, and communicate with them very quickly. He Jiong has been 15 years from 2006 to now, and he is still in the crew of “Secret Love in Peach Blossom Spring” and looks forward to touring every year. It’s not easy.”

When asked about his views on tragedy and comedy, Lai Shengchuan said that there may not be many people who want to see a purely tragic work in this era. “I think this is like a carrier. If comedy can bring you into serious thinking, why not? So I think that this era requires laughter, but laughter also requires thinking.” Ding Naizhu believes, “Whether it is music or Painting is still a drama. Whether the work is moving and whether it can make the audience feel something, this is actually not deceiving.”

At the drama brand day event, Lai Shengchuan talked about drama art education and other related content. He believes that theater is not only a place where performances can be performed, but also shoulders more aesthetic education responsibilities. In Shanghai, the Shanghai Theater has established the Shanghai Theater, which focuses on the development and development of drama education projects. It uses Lai Shengchuan’s creativity and combines the theater training methods to allow everyone to improve themselves and stimulate creativity through a series of creative exercises in drama. Be a more confident self, including adult, children and corporate workshops. The workshop in the theater is not only training actors, but also training everyone to slowly discover their inner creativity. A work has to be polished for a long time, and an actor has to go through a long time of training before it can become a qualified work. “We are really different from film and television. Drama is a handicraft industry, and works really cannot be discounted.” Lai Shengchuan said.

See also  Giacomo Leopardi: The boy on the hunt for myrmicoles

With the cooperation of “Book in the Water” and “Millennium Eve, Let’s Talk Crosstalk” and other projects, the China National Theater Line and Shanghai Theater collect the concerns and expectations of the audience all the way. In the future, relying on its rich theater resources and advantageous platforms, the China National Theater will continue to develop more on outstanding repertoire tours, drama brand event releases, drama programs and original repertoire development, drama education, and artist sharing sessions with Shanghai Theater. Cooperative exploration.