Gorky’s “In the World”, Dickens’ “David Copperfield”, Lu Yao’s “The Ordinary World”…what are the works that reminds the famous writer Alai of so many classic works?

At 1 pm on October 15th, on the first day of the 2021 Tianfu Book Fair, Alai and Sichuan writers Jiang Lan and Du Yanglin took the theme of “the ten years of life for the tenacious growth of young people at the bottom” and discussed Du Yanglin’s novel “Jingzhe”. “Starting a three-person talk on literature, focusing on the stories and characters in this work, discussing the feelings and hopes for hometown and the times. 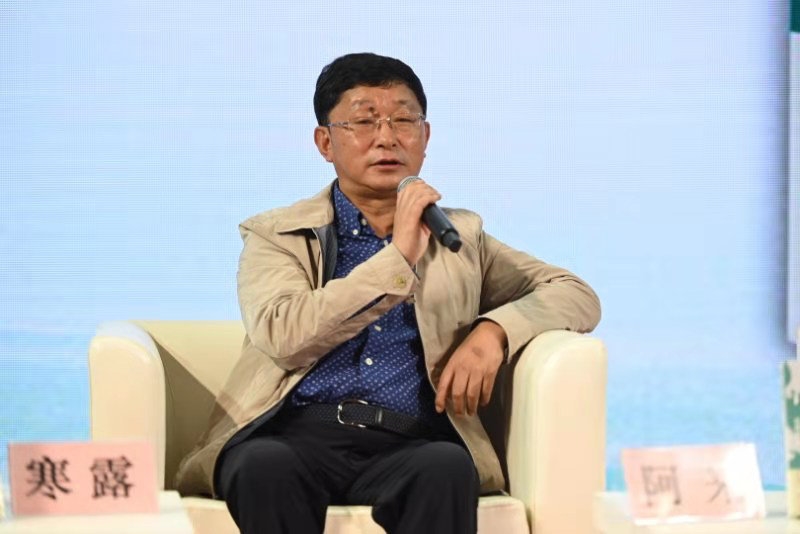 Alai said frankly: “I read this book relatively early. This book has not yet been published. I have seen it as it is before it has been published. The title alone has caused a lot of associations. Jingzhe, one of the 24 solar terms, this day thunder disturbed, awakened the dormant insects, announcing the arrival of spring. The title of the book is symbolic, it is a kind of awakening, when the reform and opening up is about to rise, whether it is The teenagers in the novel, or the culture of that region, need to be awakened. Reform and opening up is the awakening of the whole of China, and the meaning for individuals is growth.” Speaking of this, Ah said he thought of the autobiography of the former Soviet writer Gorky. In the trilogy, he bluntly said: “Especially the second “In the World”, which is about Gorky’s incarnation as the protagonist Alyosha. On the road of life, he has experienced ups and downs and dealt with all kinds of people at the bottom of society. Read a lot of books when you have the opportunity. Life experience and a lot of reading have expanded Alyosha’s horizons. He is determined to’be a strong person and not be succumbed to the environment’. With such a firm belief, he left his hometown. Rushing to Kazan…Ling Yunqing, like Alyosha, in “Strange Sting”, was constantly knocked down by the hardships of life, covered in blood, struggling to get up, staggering, and moving on. Only suffering can form. It’s a real baptism, so I told Yang Lin that he wrote that Ling Yunqing is the more modern “Gao Jialin” written by Lu Yao, who was awakened by the thunder of the times and re-understood the value of life!” Let’s mention a classic work again, Dickens’s “David Copperfield”. He remembered the eloquent saying: “I don’t like the life now, so I want to change my life!” Ah said, This sentence was also given to “Jingzhe”.

See also  Will literature save us from extinction? 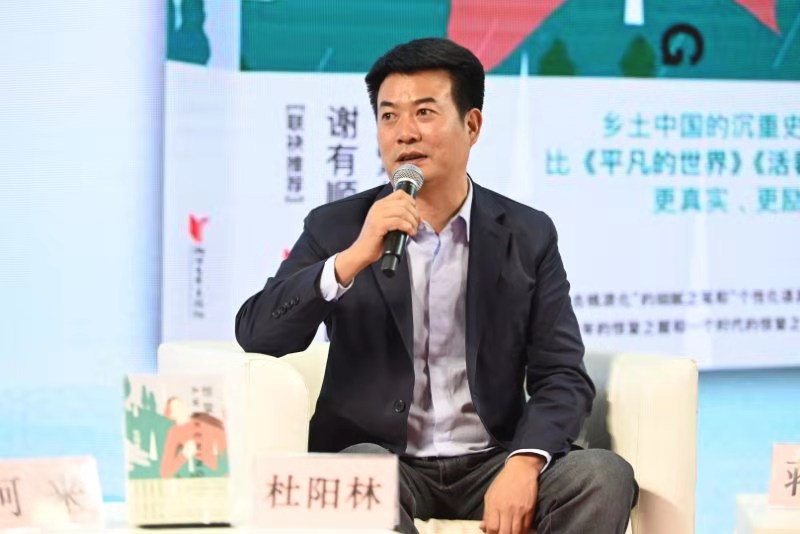 In the novel, Du Yanglin focused his eyes and stories on a small remote village in northern Sichuan from the 1970s to the 1980s. The ten years that the novel presents are exactly the ten years when the situation of China has changed rapidly, and it also coincides with the ten years when the protagonist of the novel, Ling Yunqing, grew up. Du Yanglin’s “Guanlong Village” is not the quiet existence of pastoral songs. The novel begins with “Ling Yongbin Funeral.” At the funeral, most people in Guanlong Village didn’t know what was written on the banners. Du Yanglin’s eyes were like electric pens and knives. He saw the horror of poverty-material poverty is not the most terrible Of course, mental poverty and dryness are even more worrying.

“I was born in the country and grew up in the country when I was a child, and I am very familiar with rural life. With my unique vision and deep experience, I blend the people and things around me into the plot and interpret them into a novel.” Du Yanglin said frankly, The careful observation of life and the accumulation of hard work have enabled him to gain a lot in the exploration of human nature. He believes that his novel carries the life experience of a generation, and he hopes to interpret the empathy of a group better. As for Ah Lai’s opinion that this is an autobiographical novel, Du Yanglin said with a smile: “I was very worried about autobiography before, and I was afraid that people would say that I was “selling miserably”, but Chairman Ah encouraged me. He said that many writers write their own. Experience requires me to be brave and open to writing, so I admit that 90% of the content of this novel is true, with the shadow of me and the people around me. “Interestingly, Du Yanglin is in the host’s” “Forcing me”, admits that the young girl who is emotionally implicated with Ling Yunqing in the novel is based on his female classmate. “In the novel, the young girl and Ling Yunqing did not come together. Outside the novel, my classmates and I, as well as her family We have been in contact, but as we age and our cognition is different, we also drift away.”

Sichuan writer Jiang Lan was also the first reader of “Jingzhe”, and he praised Du Yanglin for creating a relatively successful non-fiction novel. “This work is a certain distance from contemporary contemporary novels. Many contemporary people talk about fantasy, write transcendence, and write more comfortable and imaginative writing methods. Yanglin’s novels are more documentary and face-to-face. Everyone is reluctant to face the suffering in the growth experience. Just now Chairman Alai has made it very clear that there is only one kind of shock of the age, and the shock of human nature. The thunder of the times has also mixed a teenager into the reform. At the beginning of the opening, there was a period of unclear future in the east. In this work, we must find that the novel gives many people different perspectives. Often people at this age will be full of them when they write about their childhood. Affectionate, but in this book by Yang Lin, he is calmer and even a little bit cold throughout the process of narrating the countryside. I think contemporary people are particularly likely to experience the suffering and suffering of a teenager in that feeling. I really want to make a person mature prematurely. I don’t completely understand it as an inspirational work. It may be inspirational only one of them. Just now I said that when many people sing their memories of their villages and childhood memories in one brain. This work allows us to see the cruelty and cruelty of the countryside. Few people write about their own growth in a more cruel way.”

Carmen Russo / Between fettuccine, gym, the shock discovery of Alex Belli in intimacy …