Born in Detroit in 1951, Hill moved to the Oneida tribe on the Wisconsin reservation where his father grew up at age 11. As a child, Hill fell in love with comedy while watching Dick Gregory’s TV show. Gregory is a black satirist who uses his comedy to draw attention to social injustice.

Hill majored in speech and drama at the University of Wisconsin-Madison, then joined the theater scene in New York and eventually moved to Los Angeles to pursue a career in acting and comedy. In 1977 he made a big splash on The Richard Pryor Show, a short comedy show hosted by a black comedian who also used humor to break down racial barriers.

It turned out to be an unforeseen pivotal moment for Hill. When Pryor and his lead writer approached Hill for a skit on the show, Hill turned them down, arguing that the skit was rooted in offensive, demeaning stereotypes. In response, Pryor offered Hill time for the skits, and Hill said he wanted to perform some of his skits that addressed Native American stereotypes, which he did. 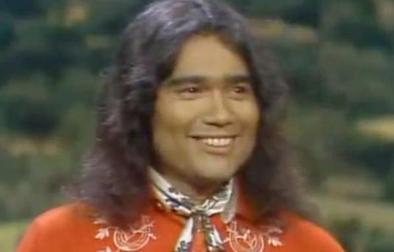 “You know, many of you white people have never seen Indians perform stand-up comedy before,” Hill said on the show. “Like, for so long, you probably thought Indians never had a sense of humor. We never thought you were too funny.”

See also  Works of graduates from Hebei University are shortlisted in Cannes: 6 people team to build, the cost is only 5,000 yuan – Movie – cnBeta.COM

In 2009, Hill was awarded the Ivy Bethune Tri-Union Diversity Award. In 2013, Hill died at the age of 62 in Oneida, Wisconsin, after a brief battle with lymphoma.

Zhang Mengqiu: Efforts will eventually pay off, now if you don’t fight, when will you fight?

Announcement on the progress of Haicheng Bangda Supply Chain Management Co., Ltd. on the use of temporarily idle raised funds for cash management_Situation_Good liquidity_Idle