Home Entertainment Guo Jingfei and Wang Luodan convey the warmth of Shanghai, the details of “The World of Two People” resonate
Entertainment

Guo Jingfei and Wang Luodan convey the warmth of Shanghai, the details of “The World of Two People” resonate

“The details are in place, and the truth is old. It reminds me of the SARS epidemic in 2003 and my Noah Ki 3100 mobile phone.” The urban drama “The World of Two People” starring Guo Jingfei and Wang Luodan is on Dragon TV, BesTV is a hit on TV, and BesTV’s IPTV big screen is also exclusively launched simultaneously. The 4k version of Interaction between Wenguang and Guangxi premiered, and the ratings exceeded 2 in the first week. Many details in the play let the audience see the Shanghai life where fashion sense and fireworks coexist, which triggered the resonance of the memories of SARS among netizens. The hardships and warmth of “Hu Piao” Xu Dongyang and Li Wenjia who first came to Shanghai to work hard also made the audience feel the same, saying bluntly: “Looking at them is like looking at myself, very real and very warm.”

The TV series “The World of Two People” tells the story of two “Shanghai drifters” young people Xu Dongyang (played by Guo Jingfei) and Li Wenjia (played by Wang Luodan) from meeting, knowing to falling in love and growing up and fighting together. The start of the play focused on Shanghai during the SARS period in 2003, showing the “SARS love” of the two when they first arrived in Shanghai, bringing the audience back to China 18 years ago.

In the play, during the SARS period, Xu Dongyang and Li Wenjia met on the bus for the first time. To remind Li Wenjia to beware of thieves, Xu Dongyang, who didn’t wear a mask, coughed and sneezed deliberately. However, instead of succeeding, he was frightened to dodge a car. In addition, Xu Dongyang went to the bathhouse to take a bath. He inadvertently said, “I originally went to Beijing by train, but I came to Shanghai. There were many Beijingers on the train.” The bathing master and other guests were scared. Leave him alone. In this regard, many netizens were deeply moved and said with emotion: “In 2003, all the people wore masks, and whoever did not wear masks had no ethics. When we saw someone coughing or sneezing, we immediately hid away for fear of being infected. , Was taken away for quarantine”, “The SARS epidemic started in Beijing. At that time, people were highly nervous when it came to Beijing, which was exactly the same as shown in the drama.” In the drama, the maid asked Li Wenjia to buy two bottles of vinegar to prevent SARS from get off work. “Non-governmental operation” also opened the door to netizens’ memory. Some netizens said: “This scene is too real. In 2003, almost every family stocked vinegar, salt and Radix Isatidis. It turned out to be useless and unnecessary.” Some netizens laughed and said, “The Radix Isatidis and table salt from the SARS years were used by you. Is it finished?”

In addition to the true restoration of the “SARS epidemic”, “The World of Two People” also shows a very high-quality Shanghai life through the perspectives of Xu Dongyang and Li Wenjia. Shuttle through the streets and alleys, entering and exiting Shikumen, Shanghai, the neighbors greeted warmly when they met, and the relationship between the neighbors was like a family. Every family cooks together in the communal kitchen. Whose cooks today will know by smelling it, full of cordial smoke. Li Wenjia and her good-in-law family of four are crowded in the attic. On a rainy day, heavy rain outside, light rain in the house, the distress scene of a family holding pots and buckets to collect water is resonant, while Mr. Kong lives in a quaint and quiet old house, listening to classical symphony, drinking hand grinding The coffee from another aspect shows the Shanghai style of Shanghai. In this regard, netizens have praised: “The details are in place and very real. The restoration of Shikumen houses, alleys, and old houses is very high, showing the most authentic and diverse Shanghai life.” “Wen Jia uses Nokia 3100 The mobile phone is a classic model. It was very popular back then. The first mobile phone I used was this one. I miss it so much.” 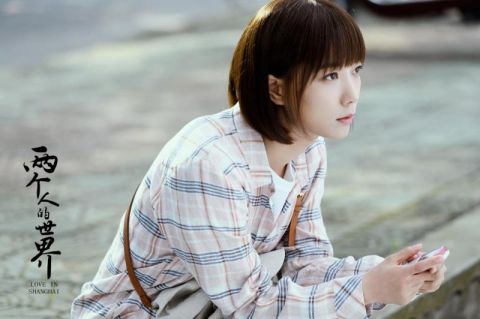 Since the start of the show, Xu Dongyang, a young man from the Northeast, and Li Wenjia, his child of an educated youth returning to Shanghai, have met again in Shanghai since SARS. The two “Hu Piao” also started their own journey of struggle in Shanghai. However, “Hu Piao” rushed to Shanghai, which was full of hardships and challenges, many of which were unspeakable bitterness.

See also  It's time for coconut perfume: sweet, exotic and with anti-stress effects

In the play, after Li Wenjia returned to Shanghai, he lived with his wife, maid (aunt), and cousin in a cramped old attic, living a life of “being under the fence”. Her arrival has aroused all kinds of dissatisfaction from the maid. Wenjia boils water and takes a bath every day and goes home from get off work carefully, for fear that she will add burden and trouble to this family. This kind of sojourn life has made many netizens empathize, “When I first came to Shanghai to find a job, I also borrowed to live with my relatives. I was rushing to do the work at home. I tried not to talk too much when I was eating, and I lived very carefully every day. This is Wen Jia’s. Feeling helpless, I understand.” And Wen Jia, who was first involved in the workplace, was calculated, excluded, and bullied in the company, and fell into a lot of “pits”, repeatedly backing up. Xu Dongyang, who is happy all day long, is even more comparable to Dou E. He was involved in a construction site accident inexplicably and was wronged. Not only did he lose his job, but he didn’t even have a place to live. The experience of Li Wenjia and Xu Dongyang has aroused heated discussions among netizens. Some netizens said: “It’s not easy to go out. Every “Hu Piao” has its own story. Only you know the happiness and hardships.” 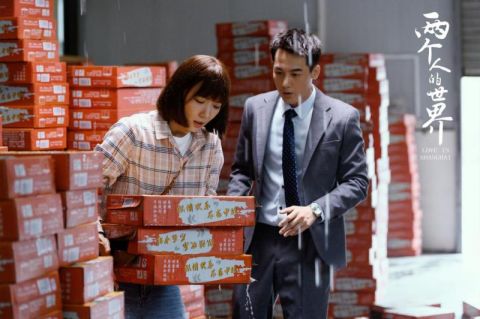 Although they encountered many setbacks and suffered a lot, Li Wenjia and Xu Dongyang have always struggled unrelentingly, conveying warm and upward positive energy. Facing workplace bullying, Wen Jia is neither humble nor overbearing, and bravely says “no”, shouting for women, which is applauding. Doing public service advertisements, collecting debts for the company, and running around selling drinks, Wen Jia seized opportunities time and time again to challenge the “impossibility” and strive to create his own value. The optimistic and kind-hearted Xu Dongyang believes in “people have to live happily, but also to live with human taste”. In order to protect the livelihood of Liu and his family, he swallowed all the wronged being framed, and one person took it all; the needs of his friends are orders, and he took his co-workers to “Jianghu Emergencies” to move drinks from a warehouse for Wenjia on a rainy night; responsible In the nursing home reconstruction project, he insisted on keeping his credit and conscience, insisting on using better quality but higher cost A-grade materials. Regarding the struggle of Li Wenjia and Xu Dongyang in the face of adversity, netizens praised them as representatives of Shanghai Piao and their role models. A positive energy that sticks to the original aspiration, dares to challenge, and never gives up.”

Beijing Stock Exchange has been operating smoothly in the first week of the market, and public funds have entered the market one after another