Sohu Entertainment News (Ma Rongling/Text) A few days ago, Happy Twist and national first-class director Chen Xinyi jointly launched the premiere of “The Merchant of Venice” at the Shanghai Cultural Plaza. After the premiere, this annual drama of “everything has been changed except Shakespeare’s script” won unanimous praise from the audience. At the main creator meeting, director Chen Xinyi revealed that the play has a golden lineup from the main creator to the stage, design, and music, and expects the play to become a high-quality work, “We are an international-level creative team, and we hope this play is a high-level production. Aesthetic comedy.”

As one of Shakespeare’s four comedies, the story of “The Merchant of Venice” originated from a series of stories triggered by the wealthy businessman Antonio in Venice who borrowed money from the “big villain” Sherlock in order to complete the marriage of his friend Bassanio. According to reports, the “magic box” on the stage is also the highlight of the play. Romanian stage designer Dan Botra has constructed more than 30 different mobile set forms, super-large “stage magic”, Roman columns erected by hanging yarn… The dream effect of “ship is not boat, house is not house” restores the beautiful atmosphere of Venice, the top of romance, and the dream of water city is immediately reflected in the flow of light and shadow.

At the same time, this romance is also reflected in the use of skateboards. This play innovatively chooses to use skateboards to replace the iconic “ship” in the original work. The actors chased each other on skateboards, as if they were moving flexibly in the water, light and shadow, vividly restoring the scene of Venice “gondola” gliding in the water alley. With the brightly colored costumes on the actors and the music incorporating RAP elements, the youthful attributes of “The Merchant of Venice” are even more evident. 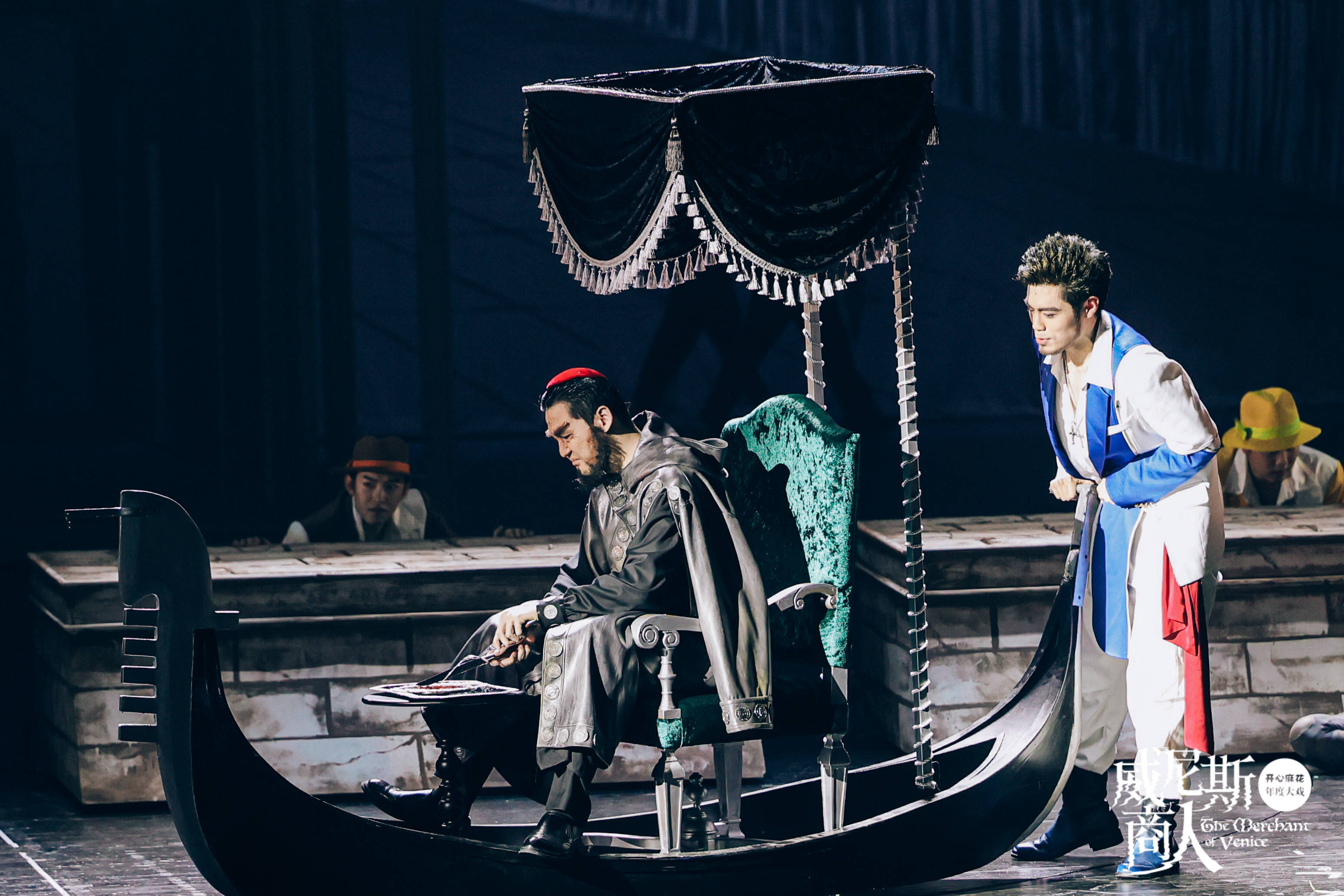 At the event, director Chen Xinyi said that if you count his graduation works at school, this is already his fourth encounter with “The Merchant of Venice”. In order to allow the audience to obtain the aesthetic satisfaction of the space during the viewing process, the whole play has achieved multiple innovations and breakthroughs in multiple sections such as stage art, costumes, and soundtracks. She confidently said: “We are an international-level creative team, and we hope this drama is a comedy with high aesthetics.” She also shared her excitement: “When Shakespeare in the play appeared, I heard The applause is very touching, I think the audience understands me the most.”

“The Merchant of Venice” is the first new play released after the official re-run of Happy Twist. Behind the stunning effect design, the entire play team has been preparing for more than two years. The frequent birth of comedy masterpieces similar to “The Merchant of Venice” also shows Happy Twist’s determination and responsibility for the unremitting exploration of the “Comedy +” track. Whether it is a classic comedy, a suspenseful interactive comedy, or a game-based comedy, Fei Yiqun, general manager of Shanghai Happy Twist, said that Happy Twist will continue to broaden the boundaries of diversified comedies and create more outstanding new path comedies.Return to Sohu, see more