Produced by Haohan Entertainment, the gourmet inspirational youth urban emotional drama “Heartbeat on the Tip of the Tongue”, adapted from the novel of the same name with caramel winter melon, will premiere on Zhejiang Satellite TV today (January 13), and will be broadcast simultaneously on Tencent, iQiyi and Youku. . The play is produced by Liu Tao as the producer and chief producer, directed by well-known director Li Jun, and adapted and created by gold screenwriters Meng Yao, Deng Feil, and Zhou He, with gold medal producer Yu Yi as the producer, Ruan Jingtian, Song Zuer, Liu Dong Qin, Wang Zhuocheng, Wang Ruizi, Xu Jiawen, Liu Linger, Lu Siyu, Zhang Junming and many other actors co-starred. 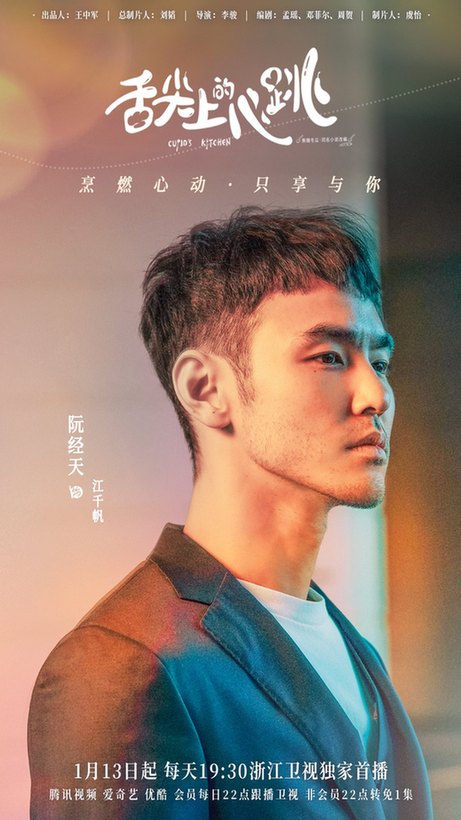 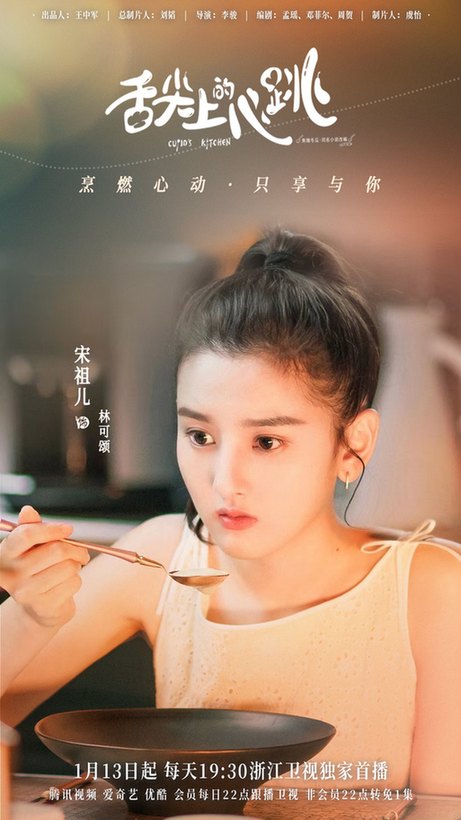 “Heartbeat on the Tip of the Tongue” takes food as the guide and love as the line. Today, the play has exposed the “theme chapter” trailer. Jiang Qianfan (played by Ruan Jingtian) has a delicate French meal with a knife, and Lin Kesong (played by Song Zuer) The busy food “wrecks” form a sharp contrast, and a heartwarming love story flowing in the light of “food” kicks off.

In the preview, Jiang Qianfan, the “God of Cooking”, and Lin Kesong, the “rookie,” met in the kitchen. The kitchen boy, Lin Kesong, came for the unique secrets of the God of Cooking. The process of learning was far more “incredible” than she imagined. “. The spark of drama between the seemingly cold master and the “incorrigible” apprentice is not only in the kitchen. The two people with huge differences begin to get along in a ridiculous way, and gradually heal each other through understanding each other, growing into a better self. 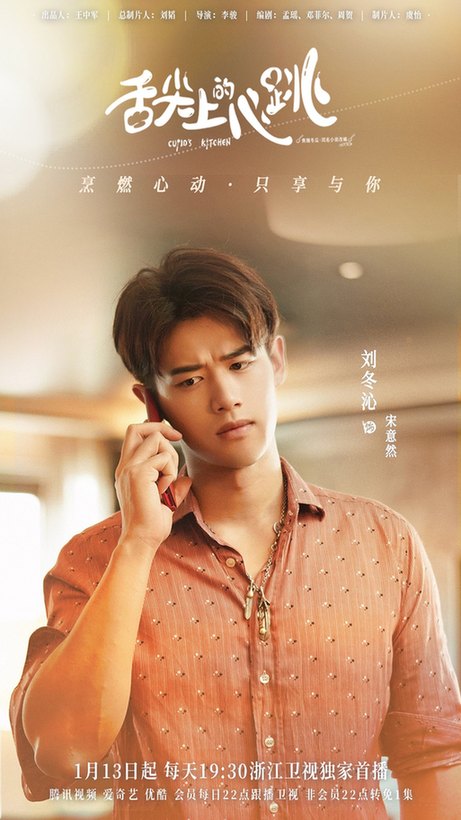 “Heartbeat on the Tip of the Tongue” tells the story of the legendary chef of the food industry Jiang Qianfan encounters Lin Kesong, a positive girl with an amazing taste. While sticking to themselves and constantly challenging, the two gradually realize each other’s dreams and find life and love at the same time meaning. Judging from the preview, this urban heart-warming drama not only has elements of food and love, but also focuses on the struggle and persistence of contemporary young people in the process of striving for their dreams. “Master Chef” Jiang Qianfan and “Zircon” Lin Kesong They are both teachers and friends on the road to food, and support each other in life’s setbacks. I believe that young people who are struggling and entangled will also gain inspiration and inspiration from their experiences.

The audio-visual feast created by excellence

“The dishes we make should be like a symphony, sometimes exciting and sometimes gentle. The fuller your emotions are, the more passionate the dishes can be made.” As Jiang Qianfan’s attitude towards cooking in the trailer is the same, “Heartbeat on the Tip of the Tongue” Behind the scenes, this work is also created with ingenuity. It is understood that more than 2,000 square meters of scenery have been set up in the studio, looking for nearly 1,000 brand kitchenware and tableware, and a food consultant team composed of nearly 20 experts to check the selection of ingredients, production technology, and dish design, so that the deliciousness can be ignited. At the same time, it interprets the artisan spirit of food production to the greatest extent. 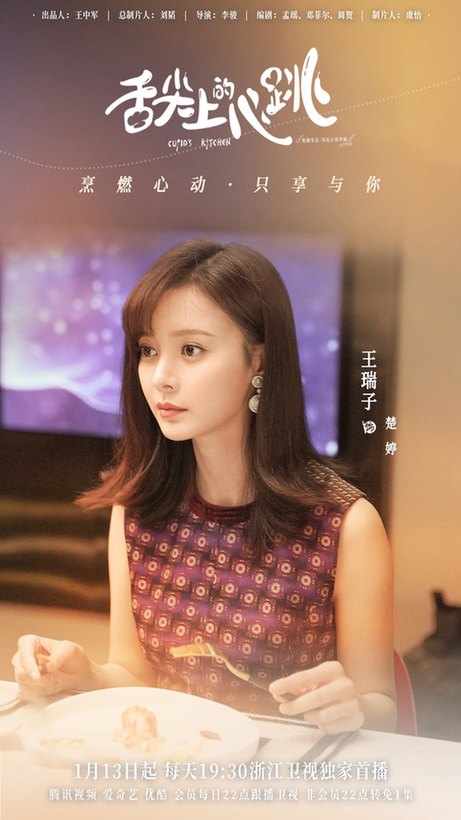 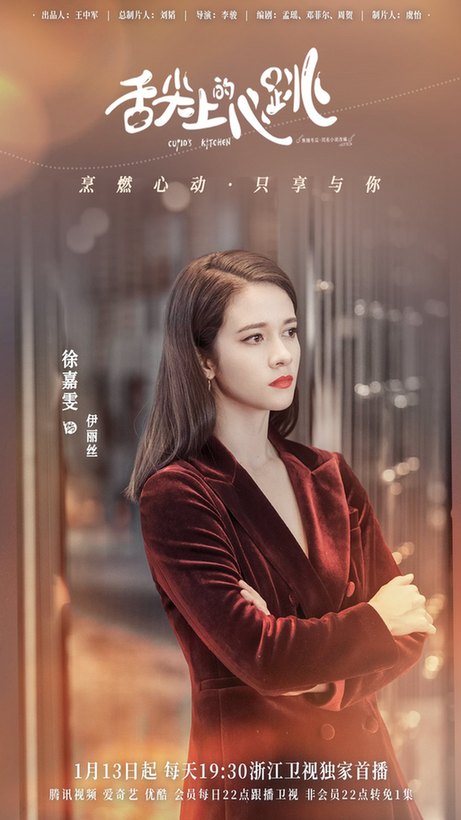 Haohan Entertainment sincerely condenses the professional behind-the-scenes team to work hard, the well-known director Li Jun directs, and the gold medal screenwriter Meng Yao writes and adapts, the famous food columnist and Yueshi founder Shu Qiao serves as the food consultant of the show, and Zhang Yizhe, director of the food exploration documentary “Flavor World” He and his team joined in to record the most heart-pounding moments in the production of the food in the play with movie-quality pictures, allowing the audience to taste the bittersweet sweetness of love in the food feast. 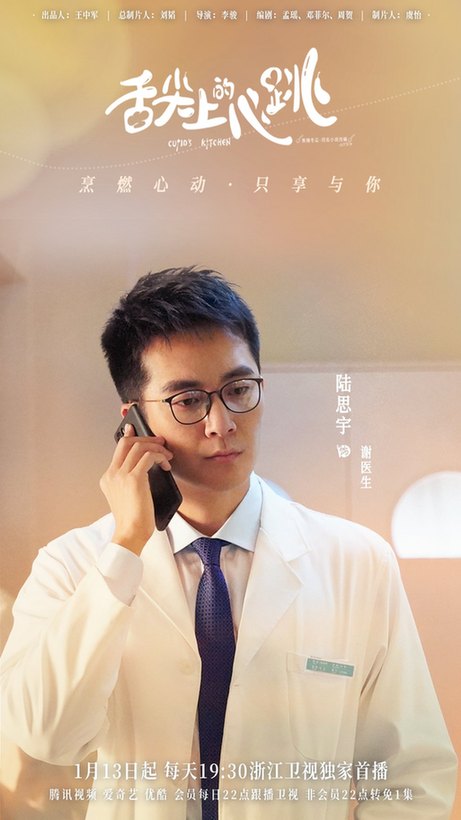 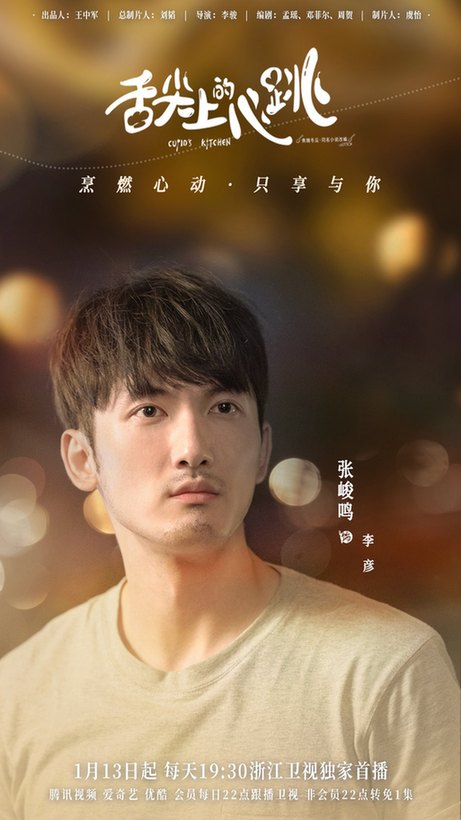 “Heartbeat on the Tip of the Tongue” is about to meet the audience in front of the screen tonight. How did the parallel lives of Jiang Qianfan and Lin Kesong intersect? The wonderful story between them is worth looking forward to.

Producer Ye Ting talks about the birth of...

The curtain falls on haute couture in Paris...