Home Entertainment In the new year, go to the grassroots level, seize the day and night to draw a grand plan｜Baoshan Wisdom Bay attracts attention with creativity-Mobile Xinmin.com
Entertainment

In the new year, go to the grassroots level, seize the day and night to draw a grand plan｜Baoshan Wisdom Bay attracts attention with creativity-Mobile Xinmin.com

In the new year, go to the grassroots level, seize the day and night to paint a grand plan｜Baoshan Wisdom Bay attracts attention with creativityFly into the homes of ordinary people

Not long ago, the Ministry of Culture and Tourism organized the assessment and publicized, and identified 12 units as the 2022 National Tourism Science and Technology Demonstration Park. As the only representative of Shanghai, Wisdom Bay in Baoshan is on the list.

The full name of Wisdom Bay is Wisdom Bay Science and Technology Park (Shanghai) National Culture and Technology Integration Demonstration Base. It has been established for 5 years, and this year it was recognized as the fourth batch by five ministries and commissions including the Ministry of Science and Technology, the Central Propaganda Department, and the Ministry of Culture and Tourism. One of the national demonstration bases for the integration of culture and technology. Through design innovation and industrial reengineering, Wisdom Bay rebuilt old factory buildings to create a cultural and technological integration complex with coordinated development. This large-scale and highly concentrated creative design gathering area integrating culture and technology has already given birth to many pioneering cases. In addition to the Starbucks container coffee concept store, there are also 3D printing theme museums, 3D printing concrete pedestrian bridges, and large 3D printing Mona Lisa pixel paintings…all of which are “net celebrity check-in points”. Check-in citizens.

The Starbucks container coffee concept store is the first container coffee shop in mainland China. It is cleverly combined with 6 containers of different sizes and has two floors. In the brightly colored container office space, I can no longer imagine its old appearance, replaced by a modern atmosphere. When the reporter arrived, the container dining area on the second floor was almost full. After days of cloudy and rainy days, I invited three or two relatives and friends to sit by the window, basking in the sun and chatting, colliding with sparks of thinking, and staying for half a day is not too long. 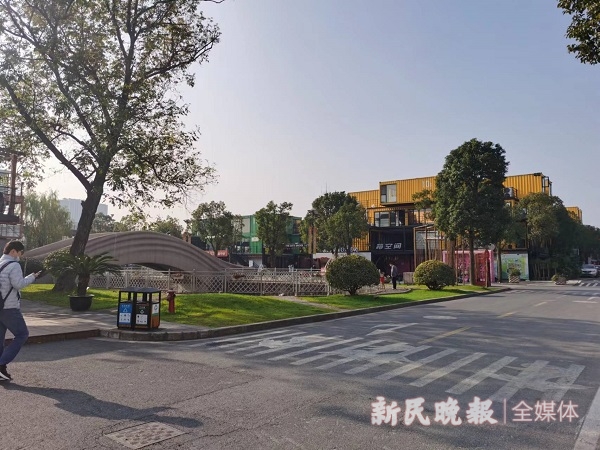 The China 3D Printing Museum covering an area of ​​5,000 square meters can be said to be the cultural business card of the park. Nearly 3,000 exhibits in the museum include exhibits in various fields such as food, clothing, housing, transportation, art, and cultural relic restoration, which is amazing. The park cooperates with the School of Architecture of Tsinghua University to widely apply the research results of “artificial intelligence + 3D printing + new concrete materials” and realize the industrialization of scientific and technological achievements in the park. That is the world‘s largest 3D printing bridge, which is placed in the 3D printing museum beside. 3D printing pixel painting – Mona Lisa is another highlight of Wisdom Bay. Behind this is a complete set of image automatic conversion, AI automatic fractal, computer automatic modeling, and batch production of 3D printing files developed by Wisdom Bay. system. The system can automatically fractal and optimize any picture according to the required elements, extract the desired elements, and then automatically generate numbers to complete the production and assembly, which makes people marvel at the magical effect of the fusion of culture and technology. 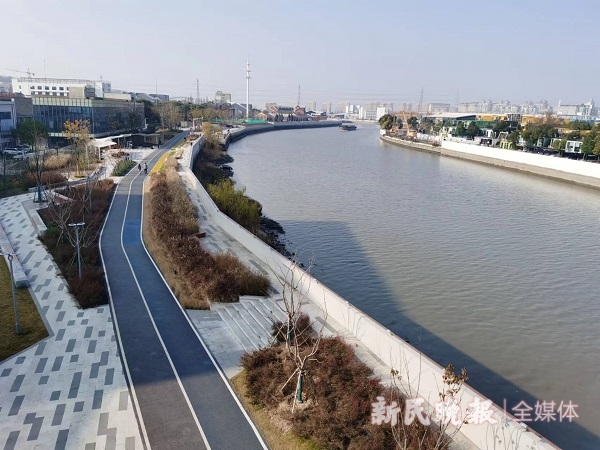 Caption:The blue fitness track and leisure walk along the river.Photo by Guo Jianfeng

The entire park is an open layout, with the ingenious integration of bays, terraces, greenery, and docks, providing citizens with a good place for fitness and entertainment. The blue fitness track and leisure promenade along the river connect the green space and the hydrophilic platform, which makes people linger and forget to return.

The newly-emerging Wisdom Bay Park, relying on Huan Zaobang, shows its innovative and unique charm. This is a gathering place for young trends, and it is also a pioneering demonstration area for Baoshan to carry out the “15-minute living circle”.

See also  Morgana is back, the podcast by Michela Murgia and Chiara Tagliaferri that talks about women outside the box
Mobile Xinmin.comXinmin Evening NewsXinmin.com
0 comment 0 FacebookTwitterEmail
previous post

Chen Bing: New Zealand’s new prime minister is about to take office, and his policy toward China is relatively mild- Outlook Oriental Weekly