Last weekend, three online concerts were staged on three different platforms at the same time, which made the boring weekend very lively.

that day,King Jay Chou held his first online concert on Kuaishou, while Luhan, a trafficker, held his first concert in nearly four years on the Tencent TME platform.Not to be outdone, Douyin invited Tengger, who has an extremely strong personal style, to sing with enthusiasm. The Weibo hot search list that day was directly dominated by news about the trio’s online concert.

The audience of these three concerts covered multiple age groups, including post-00s, post-90s, post-80s, and post-70s. Many people even expressed their desire to grow a few ears so that they could listen to all the concerts. again.

After the concert ended, various fans also began to argue whose concert was more popular. Along with the chattering arguments of fans, there is also a surge in traffic on short video platforms.

Judging from the data of Jay Chou’s concert that day,This Kuaishou exclusive Jay Chou’s first online concert has more than 28.83 million reservations, the highest simultaneous online number exceeds 11.29 million, and the total number of likes is as high as 1.05 billion.Directly set a new record for Kuaishou online concerts. It is worth mentioning that the popularity of the concert has also brought the number of fans of Jay Chou’s Kuaishou account to 53 million.

Although this is Jay Chou’s first online concert, we can still see that King Zhou’s influence remains the same as before. Even if Jay Chou’s previous concerts were replayed on the WeChat video account before, it was able to gain hundreds of millions of views.

However, most of the online concerts are currently free to watch. In order to obtain more economic benefits,Some commercial performance companies are also planning with short video platforms to launch paid viewing services.

TFBOYS’s online concert once appeared in the form of payment.The ticket for the concert is 30 yuan, and the viewing rights include watching the whole process in high-definition quality + watching replays in the same definition. If fans want to see a clearer picture, they need to buy tickets of other levels. The highest ticket price for this concert is a luxury coupon of 158 yuan, which can watch a single FOCUS camera seat + support color barrage + Blu-ray quality concert.

In addition, Zhang Yixing, one of the four returnees, also adopted a part-fee mechanism in this year’s online performances. Users can watch for free, but the viewing effect will be inferior. 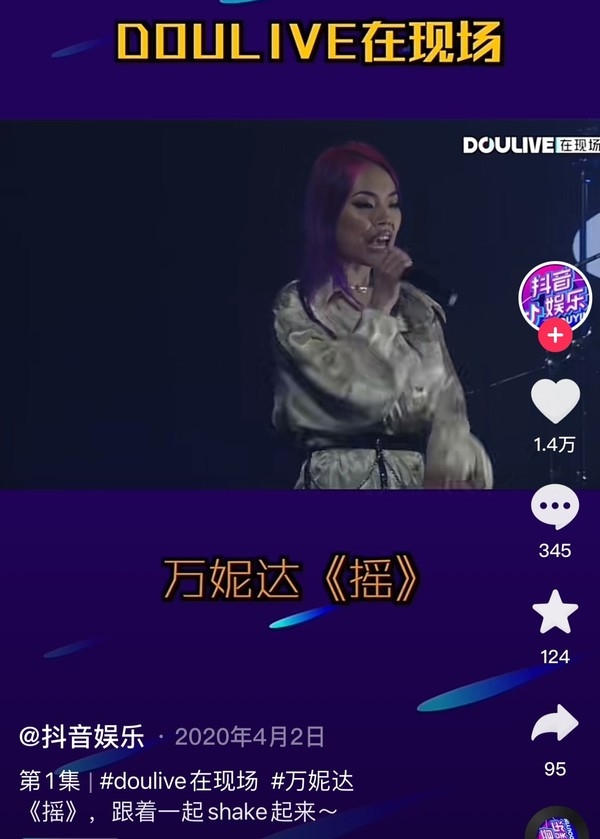 Trend or a flash in the pan? 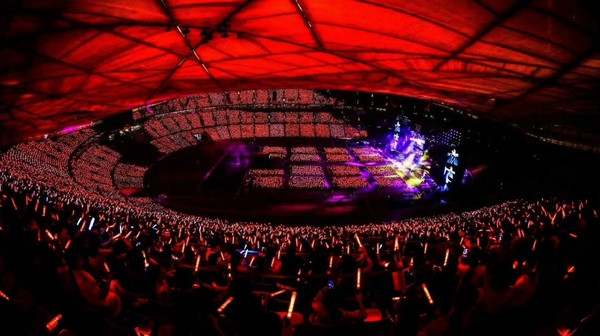 In fact, online concerts are not a new thing that has only appeared in recent years. As early as 2000, American female singer Madonna tried an online concert for the first time. Since then, many domestic singers have also tried to live broadcast live concerts online.

However, strictly speaking,The online concerts tried by domestic singers earlier were just a way of live broadcasting.Its original intention is to allow more consumers who have not been able to buy tickets to watch the concert through online live broadcast, thereby further expanding their personal influence.

When the time comes to 2022, several singers have held online concerts one after another, and once again pushed the online concert to the center of the stage. On the one hand, various concerts and music festivals that have been postponed indefinitely;

In this case, the online concert has become the “chosen son”. This method can not only effectively avoid dense gatherings of people, but also meet the viewing needs of the audience.The most important point is that commercial performance companies also need this method to obtain traffic, so as to maintain their survival and subsequent development. 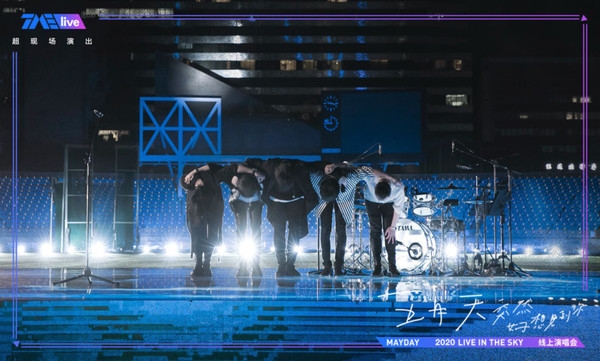 Relevant data show that the current monthly active users of domestic video accounts are 813 million, Douyin is 680 million, and Kuaishou is 390 million. The traffic that such a huge base can drive is naturally immeasurable. Once this traffic is revitalized, the economic benefits it will bring are even more unimaginable. Therefore, major commercial performance companies have also begun to cooperate with singers and platforms to create a new way of concert performance.

In April this year, Cui Jian held his own online concert, with a total of 63.7 million views. In May, “unpopular singer” Stefanie Sun held “How are you?” on Douyin. —— Stefanie Sun’s Douyin Online Singing and Chatting Session”, which attracted more than 240 million views. September,One of the Four Heavenly Kings, Andy Lau’s Douyin online concert “Sing Me to You” once again became a sensation on the Internet, with 350 million online viewers, directly breaking the record for online concert viewers.

Even the three recent online concerts have achieved quite good results in terms of traffic. With such an impressive achievement, anyone who saw it would have to sigh, the short video platform has won. 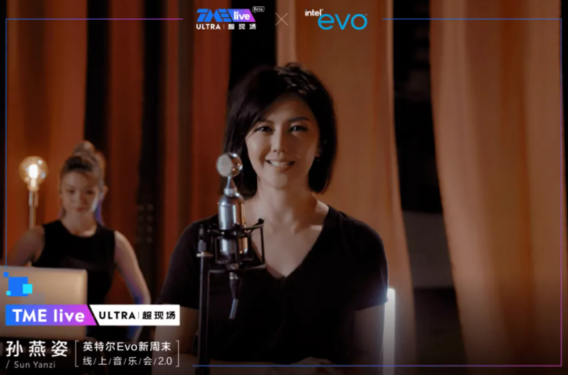 Even though the performance in terms of traffic is already very impressive, it is undeniable that the current online concert is still in the exploratory stage, and whether it can survive smoothly is still a question worth exploring. However, what is certain is that the emergence of online concerts is not a short-lived helpless move, but a new choice in the general environment.

Will offline concerts be terminated?

It is true that there is no gathering of people in online concerts, which has a huge advantage in the current environment. Whether it is the audience, the staff or the singer, there is no need to worry about various social hazards caused by the large gathering of people. At the same time, the cost of online concerts can also be greatly reduced. For some singers, an online concert may only require renting an empty stadium. Even if conditions permit, a concert can be completed in a small recording studio. Even companies that undertake commercial performances will need to spend much less energy in handling online concerts. 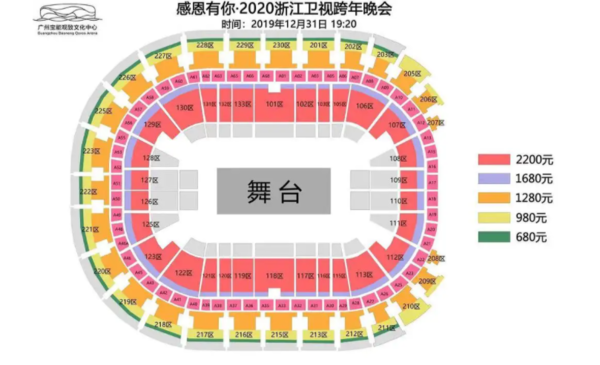 Moreover, online concerts can be used to obtain income in more diverse ways. As far as offline live events are concerned, ticket revenue is the main revenue of a concert. Therefore, in the ticket pricing strategy, the ticket price will be changed according to the distance from the main stage, and the maximum can even reach thousands of yuan.

In online concerts, most singers will adopt a free strategy, even if they pay for admission, the overall ticket price will be lower. And such a strategy can attract more viewers to watch, and overall ticket revenue may not be small. also,Online concerts can also enable the tipping function, and the traffic in the live broadcast room can also be replaced with a certain amount of income, and the invitation fee paid by the platform is also a large amount of income.

However, for most viewers, watching online concerts is still inferior to offline concerts. The difference from offline concerts being among fan groups is that most online concerts are individuals staying in a small space. This reduces the sense of reality. Even if it is a live broadcast, many people feel that this method is no different from watching an MV.

At the same time, during the interactive process of online concerts, communication can only be done through barrage. In offline concerts, singers can make eye contact with fans, invite chorus and other interactions, and even get close to their idols. Such an experience is definitely not available in online concerts.

write at the end

The rise of online concerts has brought warmth to countless fans trapped in a small world. Let them find new excitement in their boring life. And this traffic dispute, whether it is the short video platform or the singer himself who ultimately benefits, the audience doesn’t care. For them, it is enough to enjoy this audio-visual feast quietly.

Shanghai and Shanxi won the men’s siege again, Beijing and Tokyo fell to the third, unexpectedly only one career lost all eight games_League_Foreign Aid_Hangzhou