At 19:30 tonight, the Honor Magic3 series new product launch will be officially held. At the same time, the Honor X20, Honor Tablet V7 Pro and other new products will also be unveiled.

On the eve of the release,Honor’s latest global theme song “Go Beyond” has been officially launched today on QQ Music, NetEase Cloud Music and other platforms.

It is reported that “Go Beyond” is sung by Sonna Rele, and the famous musician Andy love composes and writes lyrics.

This new song will be officially unveiled at the Honor Magic3 conference tonight.

Earlier, Glory had the theme song “Glory” of the same name. This song was composed by Gao Xiaosong, composed by Qian Lei, concisely arranged, and sung by Wang Xiaotian. It was released in 2014.

The whole series adopts dual-drilled screens, of which the standard version uses dual-drilled straight-face screens, while the Honor Magic3 Pro has a hyperboloid screen.At the same time, the Pro version is expected to introduce a 3D structured light solution to support higher-level face recognition.

The rear camera part of the Honor Magic3 series will adopt a five-shot lens module design similar to the “Oreo” and also have IMAX ENHANCED certification.

It is understood that the Honor Magic3 series also adopted a multi-main camera solution for the first time, with multiple main camera-level sensors.

In terms of performance,In addition to the Snapdragon 888+ processor, the Honor Magic3 series will also be the first to be equipped with UFS 3.1, the industry’s first 176-layer NAND technology launched by Micron.

See also  Camicissima takes over Nara, the Made in Italy shirting pole is born

It is worth mentioning that,The Honor Tablet V7 Pro, which will debut tonight, will be the world’s premiere MediaTek Xunkun 1300T processor.

According to the official, the 6nm process 5G chip designed for high-end flagship tablets has been tuned jointly by Honor to break through the upper limit of performance in terms of chip power consumption, communication, and imaging, and achieve a further leap in the combination of software and hardware. 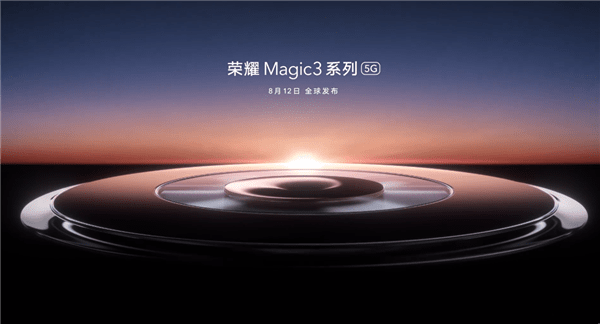