Recently, the popular TV series “Mother-in-law’s Bracelet” on Hunan Satellite TV and Mango TV has aroused heated discussion among the audience with its light-hearted plot content and unique image style, showing a high degree of topicality. Some viewers believe that, as an immersive new-age family relationship drama, “Mother-in-law’s Bracelet” has an introverted narrative, but deep in reality. Its light comedy + light suspense temperament, coupled with a strong sense of cinematic pictures, will not hit the mark. “Preferences” for young audiences.

There is no so-called equal exchange in the family relationship, Liu Yin finally learned to let go of the obsession

Some people are born in love, but some people get disappointed no matter how much they give. In last week’s plot, Liu Yin (Lan Yingying) and Li Shuangqing (Wu Junmei) finally recovered the relationship between mother-in-law and daughter-in-law because of the real estate certificate and the name added. At this moment, Liu’s mother (played by Tian Min) suddenly visited her and changed her previous behavior. Not only did she show her caring for Liu Yin, she even gave her a gold bracelet as a dowry. Just as Liu Yin was imagining that she could have family affection and love like other girls, she did not know that a bloody storm was waiting for her: Mother Liu, who knew the story of the true and false bracelets, came to Li Shuangqing’s theory without telling Liu Yin, and even made a big fight. , The neighbourhood all came to watch, and this made the misunderstood mother-in-law relationship between Liu Yin and Li Shuangqing even more precarious.

And in this week’s plot, while Liu Yin was still struggling with the “mother-in-law fight incident”, she accidentally learned that the purpose of her trip was to defraud her own bracelet, and then sold it to buy a house for her younger brother. At this moment, she suddenly began to understand that “people must learn to let go of their obsession with love, and more importantly, accept the inequities of life”, and she returned the gold bracelet to her mother. Liu Yin’s story is distressing, but it also gives us some warnings: any kind of family affection cannot be forced, letting the flow take place, and handing over the cultivation of feelings to time is undoubtedly not a business rule of family relations in the new era.

“Mother-in-law’s Bracelet” is not a work about the “farce” of mother-in-law and daughter-in-law. Even if the title reveals intergenerational portraits, it is not difficult to find from the content that has been broadcast so far that it is actually about the way of family relations in the new era. The story is based on the shape of a line drawing but is better than the argument. It grasps the rough edges of life to express it without magnifying it or jumping to conclusions. The high-density narrative is filled with the ghostly moments of various characters, making the whole drama on the background of warm and realistic, adding a breath of firework.

The innovation of the play does not stop there. Director Li Ang said in an interview that the play did not completely follow the script to design the shots when filming, but based on the details of the characters’ lives or specific emotions. , And in accordance with the standards of the movie, shooting a lot of life details. Even the veteran film Ka Wu Junmei said: “I have made so many family dramas over the years. This is the first time I feel like I am making a movie.”

The 70-minute single episode of “Mother-in-law’s Bracelet” shoots material in the size of a movie, and edits it with movie logic. Each episode is like a micro movie, independent and closely related. In the next plot, what kind of “family novice trial” will all members of the Shi family experience? It will be broadcasted on Hunan Satellite TV and Mango TV at 22:00 every Monday and Tuesday. Members will watch it first for a week, let us look forward to it together. 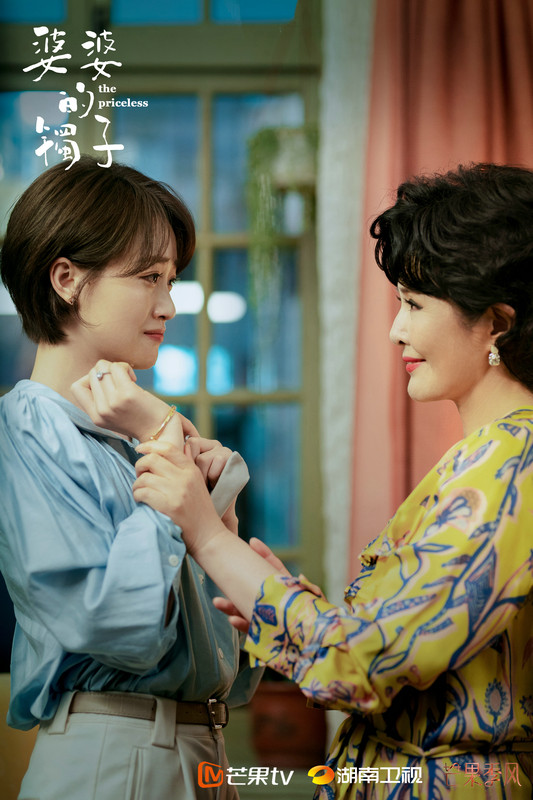 Overwhelmed at the Granfondo, the two serious cyclists hospitalized in emergency medicine. The mayor: “Shocked by what happened”