A few days ago, the film “Turandot: The Origin of the Curse” exposed the director’s special. From the creative mindset, the difficulty of the adaptation to the shooting details, director Zheng Xiaolong, screenwriter Wang Xiaoping and lead stars Guan Xiaotong, Dylan Spiros, Hu Jun, SNH48 Lin Siyi, Wang Jia, Zou Zhaolong, and Youqing starred in the creative collective “Kai Mai”, and more Many behind-the-scenes details were exposed for the first time, and audience expectations were gradually full.

“Twenty years in my heart”

As early as 2000, after Director Zheng Xiaolong finished filming the movie “Gua Sha”, someone suggested that he would put “Turandot” on the big screen. Director Zheng Xiaolong thought it was impossible at the time, but “this matter is safe.” Later, the idea of ​​adaptation became more and more mature, until he felt that he could shoot well. Now, after many adjustments to the original story and the shooting and production of excellence, fans will be able to enjoy the film in theaters on October 15th.

From the classic masterpiece of Puccini opera to the big screen in China, director Zheng Xiaolong said that the great difficulty in the entire creation process of “Turandot: The Origin of the Curse” is how to “break the wall” and how to integrate music-based operas. The successful transformation into a work that conforms to the film’s context and narrative logic, just as the screenwriter Wang Xiaoping said, the adapted script, especially the classic IP, is actually “a lot more difficult than the original.” In fact, it is not only difficult to adapt, how to make Turandot’s story of values ​​and love views completely return to the East, how to integrate traditional Chinese aesthetics into every detail, and how to allow actors from different countries to communicate smoothly, and how to communicate smoothly between Chinese and Western cultures. Sparks generated in the collisions are also huge challenges. Taking the love line as an example, in order to make Turandot, who was deprived of his emotional cognition by the tri-color bracelet and frosty, and “blue-eyed” Karaf spontaneously fall in love, screenwriter Wang Xiaoping finally chose to let the two compete with swordsmanship. The way to get close to each other not only conforms to the traditional oriental view of love, but also is romantic and beautiful. 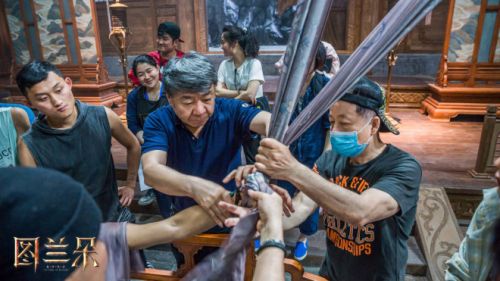 “Love is the most important human emotion”

Have a realistic attitude when shooting any subject

In the eyes of director Zheng Xiaolong, “Turandot” is a beautiful and touching love story that has a certain value to pursue. At this point, the audience can find resonance, and “love is the most important emotion of mankind, regardless of the film Any subject matter must have a realistic attitude, an attitude of common concern for mankind, and the pursuit of the glorious side of human nature.” 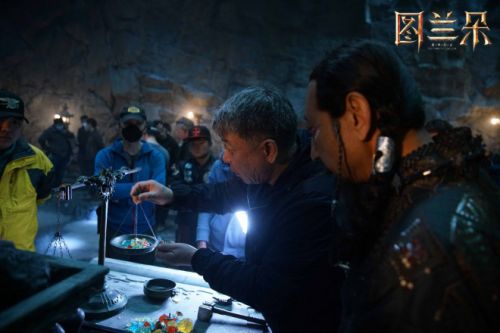 It is precisely with the creative feelings that show the beauty of the East and the great love of mankind. At the shooting site of “Turandot: The Origin of the Curse”, director Zheng Xiaolong’s artistic pursuit of the smallest detail, and Guan Xiaotong, Jiang Wen, Hu Jun, Zou Zhaolong and Dylan ·Sprouss, Sophie Marceau and every other Chinese and foreign actor carefully communicated and talked about the drama, how high he raised his hands, where his eyes looked, what kind of strength is needed when dancing swords, how the camera lens advances… Don’t let it go. Every detail, every line, every prop, and many times he personally walked off the stage to give the actors a precise demonstration. The lead actor Guan Xiaotong said frankly that “the director is special in pursuit of perfection.” Hu Jun said that “the degree of seriousness of the director’s hands-on work has not changed.” Lin Siyi and Wang Jia, who first worked with Zheng Xiaolong, said they had benefited a lot and “explained that” the director seemed serious but cute, which made the filming atmosphere very happy.

The movie “Turandot: The Origin of the Curse” will officially land in theaters across the country on October 15th. Oriental fairy tales are waiting for you to attend the appointment.

Aifa, a new antibiotic against bacterial infections available in hospitals