In recent years, the originally quiet New Balance has achieved growth at a speed visible to the naked eye through major joint projects. In 2021, the resale value of the brand will increase by 61% year-on-year, and the popularity of the secondary market is not inferior to that of leading sports brands such as Nike and adidas.

Therefore, when it comes to ‘gray’ sneakers, most people first think of New Balance’s iconic ‘Grey’ design, which proves that the brand’s classic shoes have been deeply rooted in the hearts of the people and gradually began to have an impact on the public’s aesthetics.

In such a competitive sports shoes market, in order to avoid New Balance dominating the ‘gray series’, brands such as adidas and SUICOKE have actively responded to the trend and launched their own ‘gray series’ sports shoes. An interesting phenomenon emerged.

Recently, Jerry Lorenzo, the manager of Fear of God, posted shoes on his personal social media platform, which once again caused heated discussions among netizens. Since he joined the adidas camp, he has not released any joint shoe information, so every time he posts his shoes, he will attract great attention. 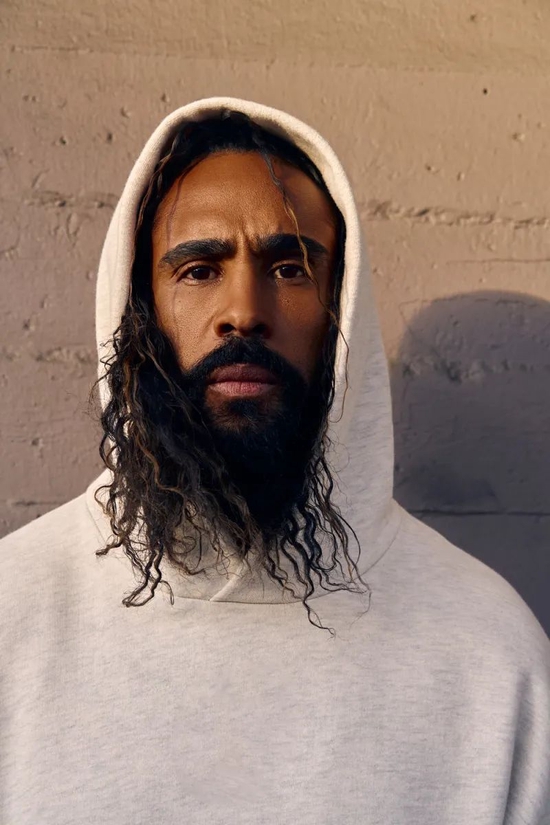 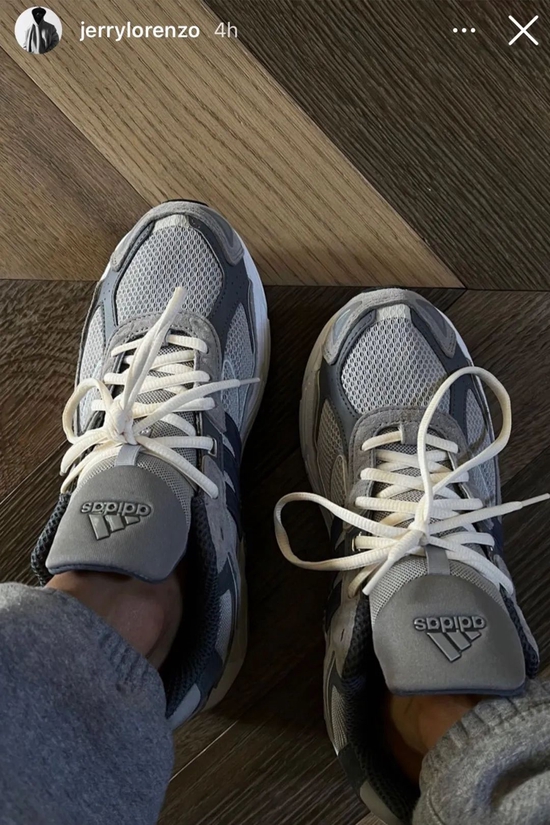 In the picture, the sneakers on Jerry Lorenzo’s feet are very retro. The toe outline and the ‘gray’ color matching style are indeed somewhat similar to New Balance. Therefore, some netizens said that they mistaken the shoes for the first sight. New Balance. 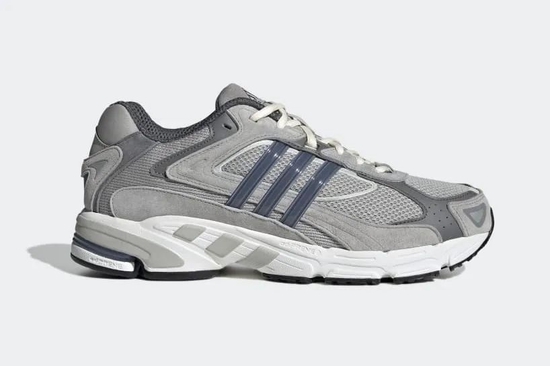 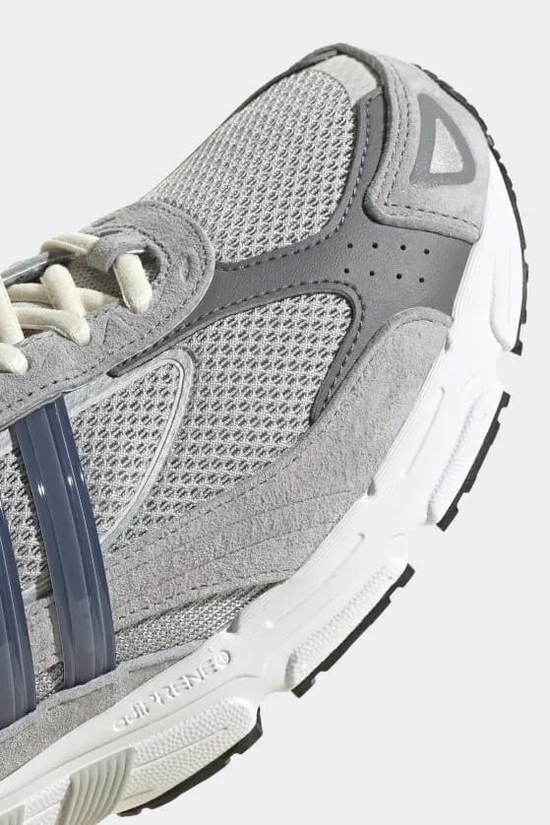 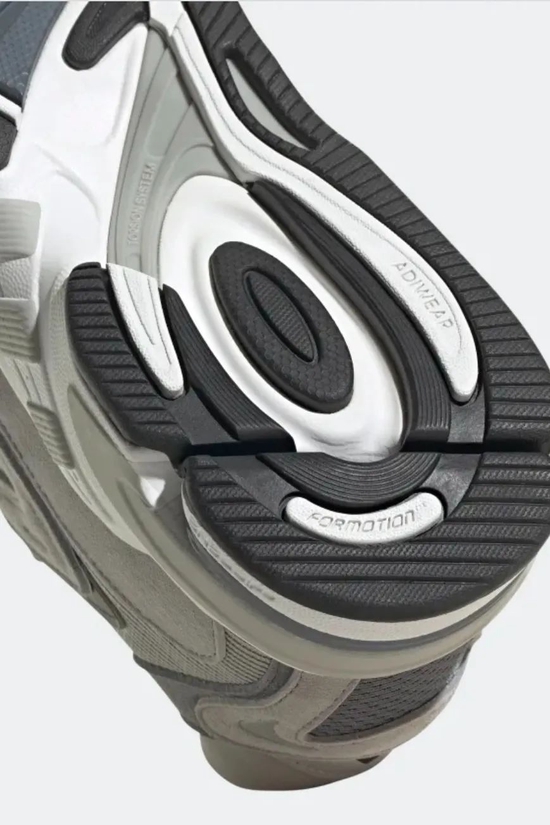 Of course, this is just a small farce. Jerry Lorenzo’s feet are actually the adidas regular shoes Response CL released at the beginning of the year. These shoes are based on the old running shoes Response Cushion released by adidas in 2003. The huge adidas Logo on the tongue The identity of the shoe has already been shown. 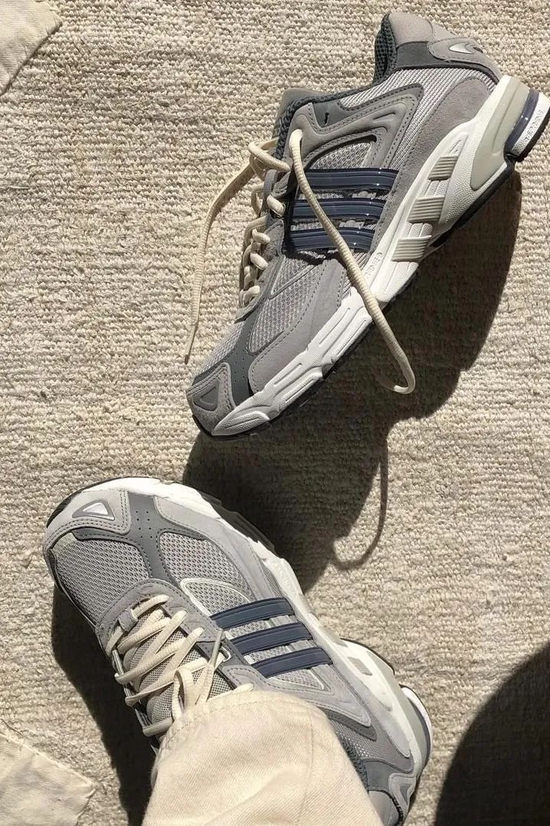 However, under the coverage of the adidas YEEZY series, SUPERSTAR, Forum and other popular shoes, Response CL has almost no topic and popularity, and some people even don’t know its existence, so there will be an oolong incident that was mistaken for New Balance. 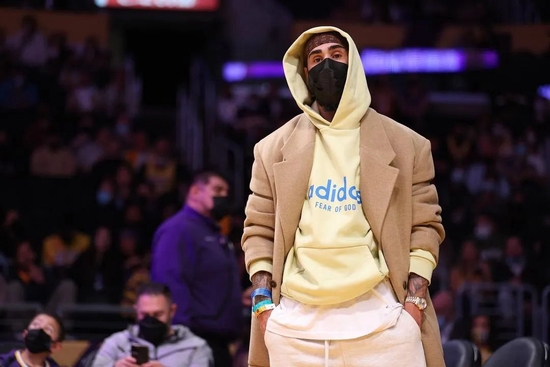 But whether Jerry Lorenzo intentionally or unintentionally, this incident really created a hot topic for Response CL. At the same time, it also caused speculation among netizens that this pair of unpopular shoes has the potential to be added to the future Fear of God x adidas series.

Dior, Off White and more

Launched its own ‘gray series’ sneakers

Since New Balance became popular in 2020, ‘Yuanzu Grey’ has become the brand’s best-selling common color scheme in the secondary market, which has revived the trend of ‘gray’ sneakers.

Many brands also took this opportunity to launch their own ‘gray series’ sneakers, and in the process there were successive ‘face-to-face’ incidents. 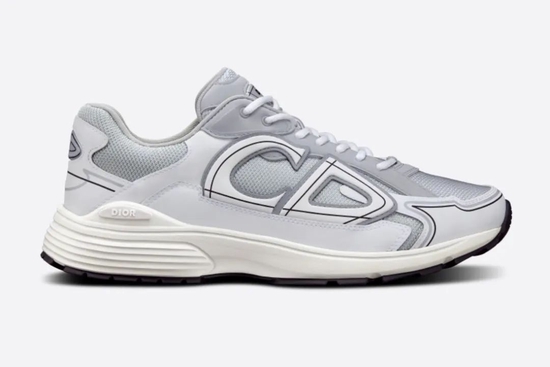 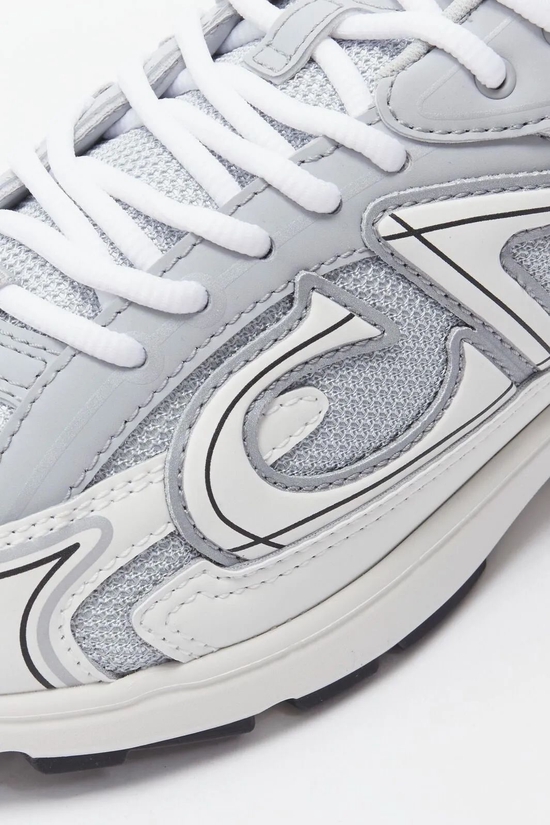 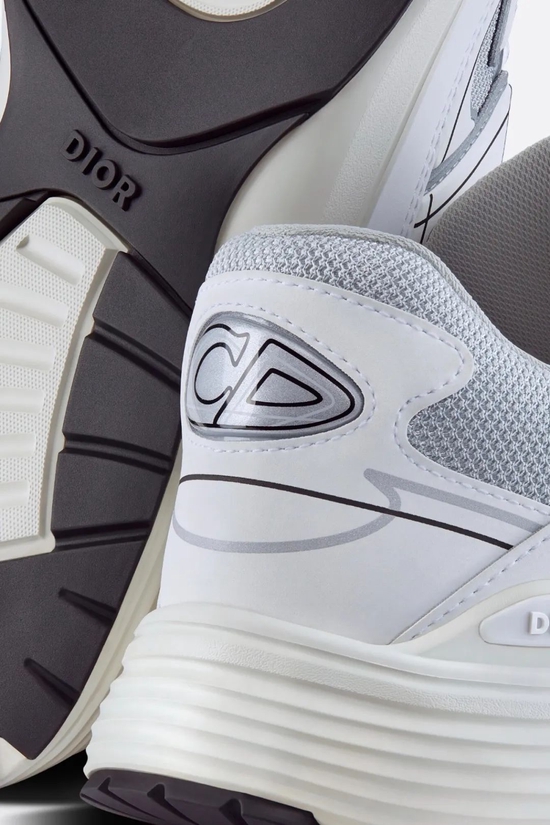 For example, last year, Dior released the men’s spring/summer 2022 collection, and the brand released a new retro sneaker and named it the B30.

The shoe combines the two seemingly opposite elements of retro and dynamic, and is made of lightweight, highly flexible microfiber material and mesh fabric, with a high-end modern texture, and the side of the shoe is a CD of reflective material. (Christian Dior) pattern, and finally equipped with off-white tone EVA, rubber mixed midsole to complete the design. 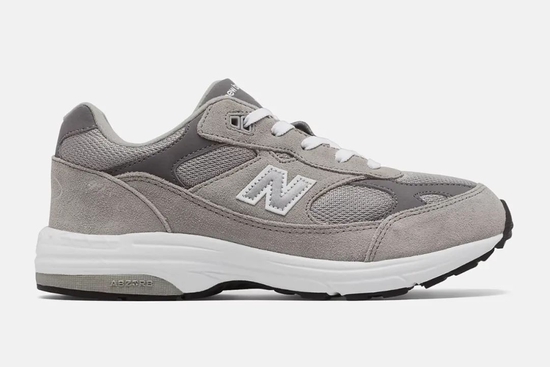 The shoe was a hot topic for a while because its retro silhouette resembled New Balance’s, especially its gray version. The sale price of the shoes is as high as nearly 10,000 yuan, so it is also nicknamed New Balance by netizens. 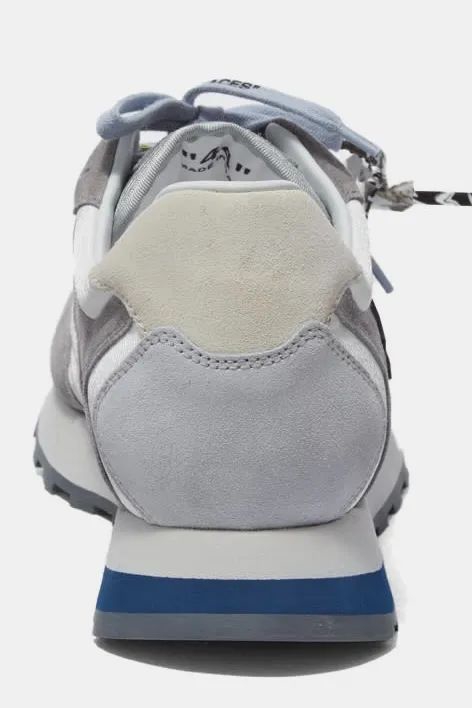 Another controversial design comes from Off-White, which launched a grey version of the Off-White Runner late last year.

This pair of shoes applies Virgil Abloh’s iconic deconstruction design. The eye-catching black arrow Logo is placed on the side of the shoe body, and the toe cap is also printed with the Off-White brand logo identification, supplemented by a marble-patterned anti-theft buckle. . What is more noteworthy is the combination of white nylon and gray suede on the shoe body, which creates a New Balance 327 visual effect for the shoe. 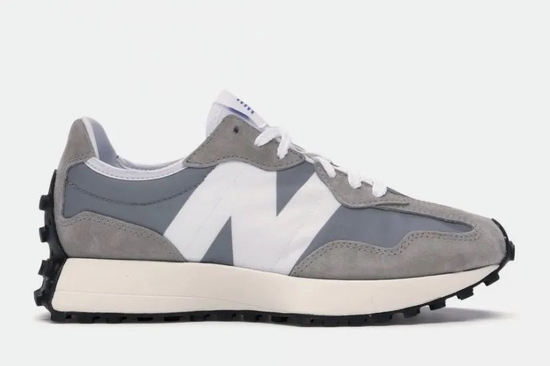 I still remember that when the Nike Dunk shoes were on fire in 2020, Off-White once launched a tribute design. From another perspective, does the launch of this pair of Runners represent Virgil Abloh’s approval of New Balance’s popularity? 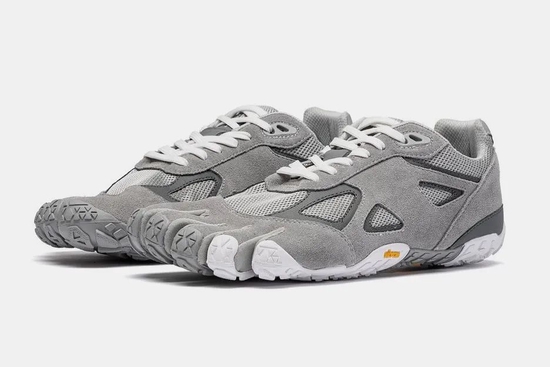 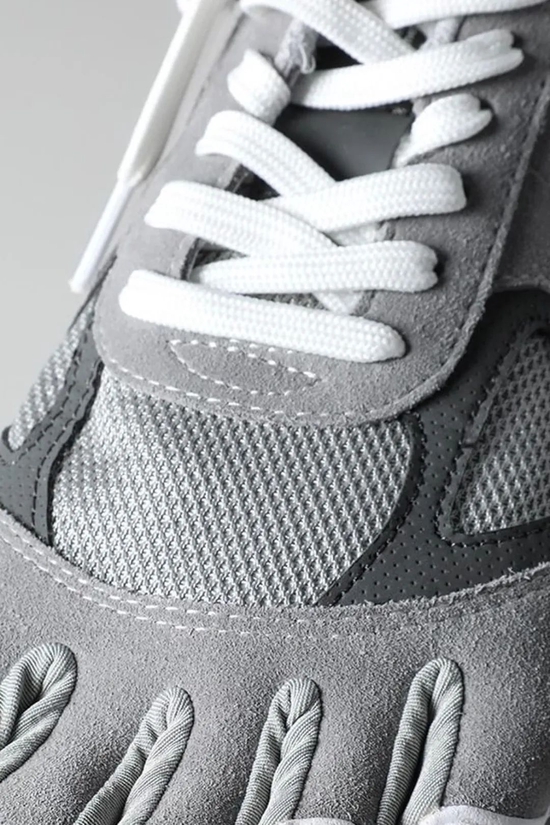 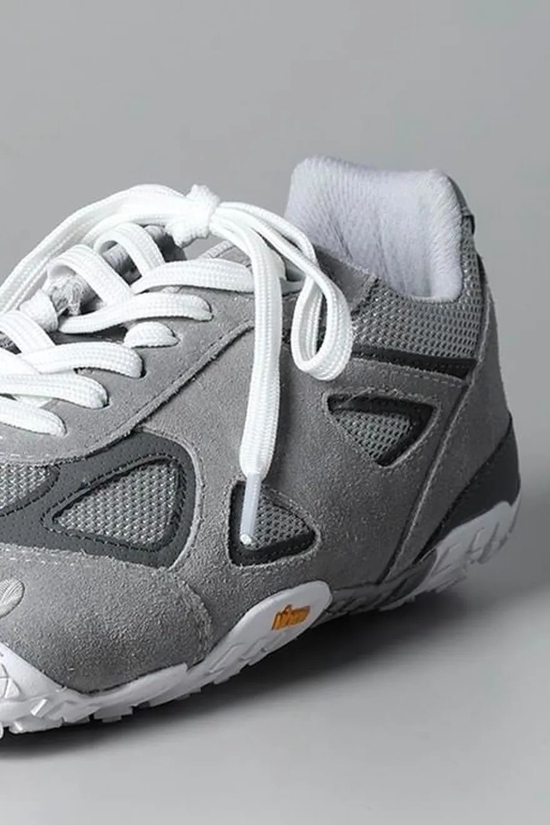 Recently, Miyashita Takahiro’s brand TAKAHIROMIYASHITATheSoloist. It also released the latest joint project with SUICOKE, and was once again accused of ‘hitting the face’ New Balance.

The two sides chose Vibram Fivefingers five-toed shoes as the creative blueprint. The shoe body is made of gray suede and mesh material, and the heel is supplemented with silver reflective details. At the same time, it is equipped with Vibram rubber outsole to give the strongest grip. A little familiar? 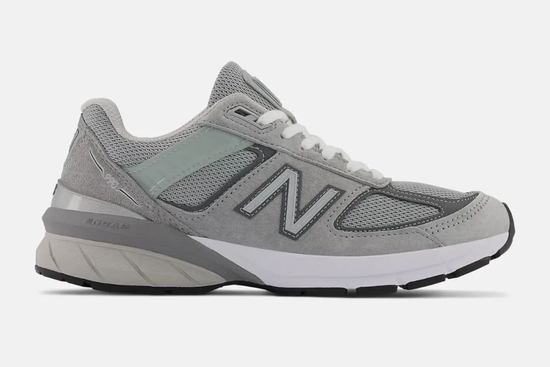 It is this joint project that seems to be incompatible with New Balance’s eight poles, but it is reminiscent of New Balance 990 v5. I don’t know if this is a coincidence or intentional. 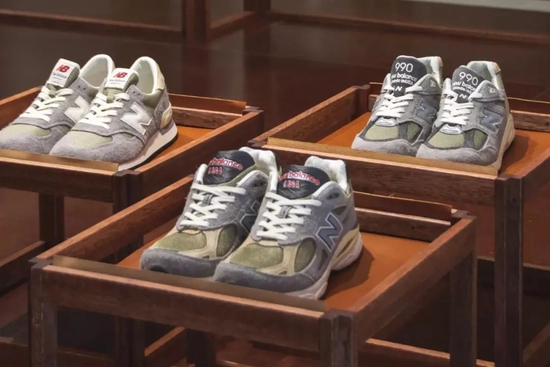 New Balance MADE IN USA

With a large number of joint projects, New Balance has become a brand that has risen against the trend in the epidemic. This year, the brand has released more than 20 joint projects, and the number is almost equal to that of the leading sports brand Nike, which has greatly improved New Balance’s popularity among sneaker players. position in.

On the other hand, the addition of Teddy Santis, the head of the trendy brand Aimé Leon Dore, has made New Balance even more powerful. The recent official release of the MADE in USA series led by him has also attracted a lot of attention, all of which are constantly delivering heat to the brand.

As the audience increases, New Balance’s design and style will certainly have a certain degree of impact on the sneaker market. In this way, there may be more similar ‘face-to-face’ designs released in the future, which is worth our attention.

Major European stock indexes fell across the board, British stocks, French stocks, and German stocks all fell by more than 1% – yqqlm