Recently, Shanghai Translation Publishing House has released Milan Kundera’s graphic biography “Looking for Milan Kundera”. As the book’s girdle says, “We keep encountering him in our works, but we dare not approach him.” Milan Kundera is one of the most read writers in the world and a successful stealth writer. For nearly 40 years, he has disappeared from public view due to his refusal to appear in the media and his extreme concern for the protection of personal privacy. From The Unbearable Lightness of Being to Living Elsewhere, to Celebrating Meaninglessness, which he wrote in his 80s, his stories and questions are unforgettable for readers, while he himself His own life and the centuries-old history implicated in his experience were sealed.

With the publication of the biography “Finding Milan Kundera”, the dusty archives will be opened. The author, Ariana Sherman, is like a veteran puzzle player. The map of Kundera’s hidden world is presented to the reader in its entirety.

[法] Searching for Milan Kundera, translated by Wang Dongliang by Ariana Sherman, published by Shanghai Translation Publishing House in May 2022

Like most “Kundera fans”, Ariana Sherman has longed to meet Kundera, the author of “The Joke”, since she was 20 years old. In order to follow the footsteps of Kundera, she has been on the road to find Milan Kundera, traveling from Eastern Europe to Western Europe, from Prague to Rennes, from Corsica to the Isle of Beauty. Unlike other followers, Sherman met Kundera’s wife, Vera, with whom she reminisced about the writer’s past years. Therefore, the information cited in this biography is not only first-hand, but also approved by the Kundera couple, and its authenticity and credibility are unprecedented. 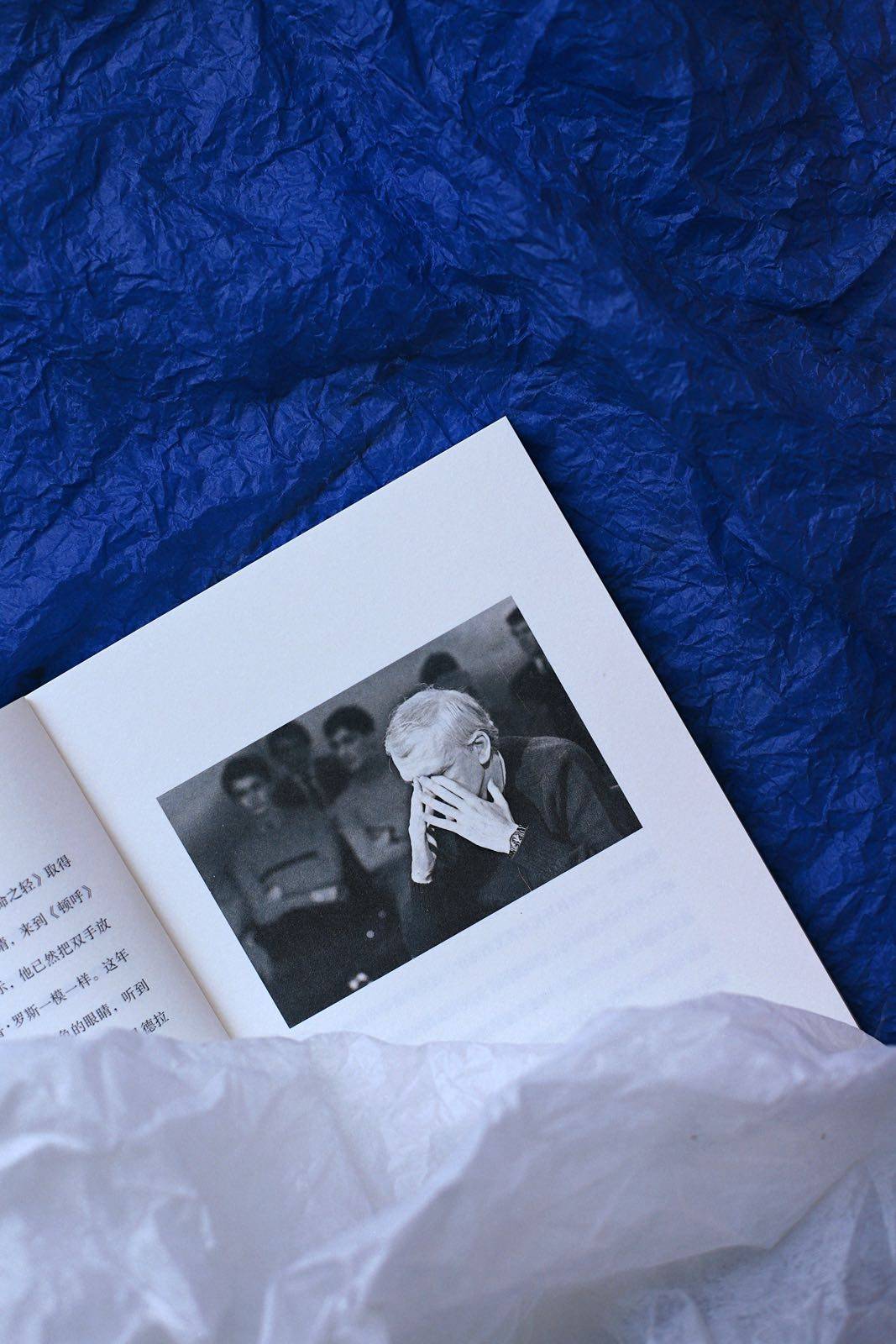 Not only Kundera’s wife Vera, the author Sherman also interviewed publishers, filmmakers, and TV anchors who had an intersection with Kundera, and had contact with aging dissidents and spy agents who washed their hands… …in this biography she reads Kundera’s life through his works, and interprets his works through the novelist’s life. For the first time, the book fully discloses the facts and details of many past events, such as the first exposure of the relevant files of the Kundera couple being monitored by the Czech government, the emotional story between Kundera and his two wives, and the hardship of teaching literature classes in France. , was accused of being a government “whistleblower”. In a series of accounts of the writer’s own experiences, it recreates how Kundera became Kundera, the creator of The Unbearable Lightness of Being.

The biography is also accompanied by more than 30 precious photos, such as photos of Kundera when he was young, class notes of students, proof of nationality, photos of his first wife, etc., showing a legendary life lost between two motherlands.

Shanghai Translation Publishing House plans to republish all of Kundera’s works (including paper books, e-books, and audiobooks) this year. With the publication of the biography “Finding Milan Kundera”, the first readers to meet with readers are “The Unbearable Lightness of Life”, “Joke”, “Ignorance”, “Slow” and “The Art of Fiction”. The e-book version has also been put on the shelves of major e-book platforms.

“In his own literary world, Kundera has raised countless questions, but never gives the only answer. Similarly, every reader can have his own Kundera works.” Shanghai Translation Publishing House said , “The design of the new version of Kundera’s works launched this time can deeply interact with readers. After removing the cover, readers can bring their own exclusive insights and create a unique Kundera book with the illustration stickers included in the book. In addition, the translation agency will also join hands with Sisyphus Bookstore, and will launch the book “The Unbearable Lightness of Life” + reading book set in the bookstore. We will also plan and organize a number of reading sharing activities about Kundera , including webinars and podcasts, we define 2022 as the year to find Kundera.”

Professor Wang Dongliang, the translator of “Looking for Milan Kundera” said: “Reading Kundera is enjoyable and intellectually pleasing, he usually opens the reader’s eyes, peeling off the truth of certain things that we are accustomed to ignore and The inner connection between them; reading Kundera is equally embarrassing, he always ruthlessly penetrates the essence of life, the essence of human nature, so that readers have to face their own existence, there is no way to escape. About Milan Kundla Della, there may never be a shortage of biographies, explorations, and commentaries, but at a time when the new crown epidemic is still raging around the world and the shadow of the Cold War is once again shrouding Europe, Ariana Sherman’s “Finding Milan Kundera” undoubtedly has a certain The function of ‘awakening’, it reminds us of the current situation of this maverick world literary master, reminds us of various “encounter” stories with him and his works, and may also make us re-read Kun Della’s interest is once again accompanied by his novels to understand the world and life, to explore the meaning of existence.” Professor Wang Dongliang once won the Lu Xun Translation Award for translating Kundera’s work “Laughing and Forgetting”.

Mr. Yu Zhongxian, a French translator and scholar, commented on the reprint of Kundera’s works, he said: “In today’s society where the world is becoming more multilateral and cultures are also becoming more diverse, we can read more about Kundera’s works. A small voice freely expressed in literary mode. And this small voice reflects the unique and universal aesthetic value of Kundera.”

Mr. Xu Jun, translator, French translator, writer, and critic of The Unbearable Lightness of Life, when talking about “rereading the meaning of Kundera”, believes: “For Kundera, novels are the expansion of human beings. The possibility of existence, and in The Unbearable Lightness of Life, I think the most important one is that Kundera reveals the inevitable situation arising from the opposites. We need to get out of the opposites and look for To open up the possibility of everyone’s existence. Love is like this, life is like this, and the relationship with others is like this.”

“As a modern novel, the value of Kundera’s works is far from being excavated. He emphasizes the individual and the perception of people. No matter what the characters in his works do, they have their own blood and flesh.” French translation Dong Qiang, a scholar and scholar, believes that “Kundera, as the last master of modern Western literature in the 20th century, also provides many possible directions for the future development of literature. Literature creators, critics, and lovers will be able to learn from him. He draws infinite energy from his insights into fiction and literature.”

In a live broadcast hosted by Himalaya not long ago with the theme of “Being a Questioner of Life: Why Do You Need to Read Kundera Today”, Professor Liang Yongan, a humanist scholar, writer and travel photographer of Fudan University, said: “Milan Kundra Della is not far from the spiritual life of contemporary young people. All the problems he has experienced will be deeply felt by young readers. In this era of globalization, it is more difficult to identify values. Can we To confirm a value and give life a solid core? Milan Kundera raised this question at the beginning of “The Unbearable Lightness of Life”. At this moment, we can read this novel together and explore together, How can Chinese youth promote and realize the transformation of thinking, emotional reconstruction, value exploration and rule innovation.” At present, “The Unbearable Lightness of Life”, which was broadcast by Wang Mingjun and interpreted by Professor Liang Yongan, has also landed on major audio platforms.Return to Sohu, see more

Sleeping is good and makes you more productive. Here are the technologies that help rest