In the National Day file of 2021, there will be new mainstream movies such as “Changjin Lake” and “My Fathers” to realize the feelings of the family and the country and boost the spiritual strength. Many youth and children-themed feature films and cartoons, such as “The Canned Man”, “Big Ear Tutu: Tyrannosaurus in Action”, “Eagle Catch a Chicken” and many other feature films and cartoons with the theme of youth and children, bring diversified and multi-level viewing experience to the audience.

Liu Haibo, a professor at the Shanghai Film Academy of Shanghai University, believes that this year’s National Day film market has shown strong consumption power, and the box office appeal of head films is outstanding, indicating that large-screen collective viewing is still an important cultural consumption model for people. 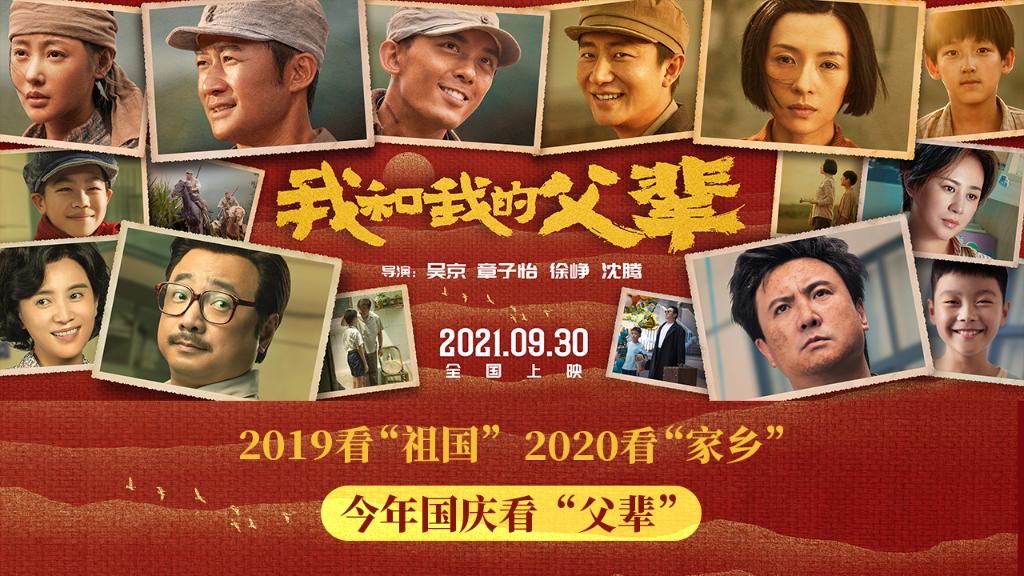 In a longitudinal comparison, from “My Motherland and Me” in 2019, to “My Hometown and Me” in 2020, and then to “Changjin Lake” this year, the new mainstream movies have topped the National Day box office list for three consecutive years.

In this regard, Rao Shuguang, president of the Chinese Film Critics Society, believes that in special periods such as the National Day file, the audience will always have an inner emotional resonance with the feelings of the family and the country. “The story expression of the new mainstream movies and the emotional needs of the audience form a benign interaction to achieve a seamless connection. This is also the key to the outstanding performance of the new mainstream movies at the National Day box office.”

“Good-looking! Super burning!” “Salute to the heroes!”…The movie “Changjin Lake” takes the battle of Changjin Lake in the War to Resist US Aggression and Aid Korea as the background. In about 3 hours, through high-intensity audio-visual language, it is wonderful The fierce battle scenes and the images of characters with different personalities left a deep impression on many viewers.

The chief producer of “Changjin Lake” Yu Dong described the entire shooting process as “big, difficult, and not easy”. He believes that “Changjin Lake” is not only limited to “spectacle scenes”, but strives to achieve the unity of ideology, artistry and appreciation.

Under the influence of the movie, the documentary “Ice and Blood Changjin Lake” and short videos of related military knowledge also became popular on the Internet, driving a wave of learning about party history and military history during the National Day holiday. In Beijing, Shanghai, Shenyang and other places, people visit memorial halls and carry out urban “red micro-tourism” to further transform their patriotic enthusiasm into a driving force to increase knowledge and improve talents. 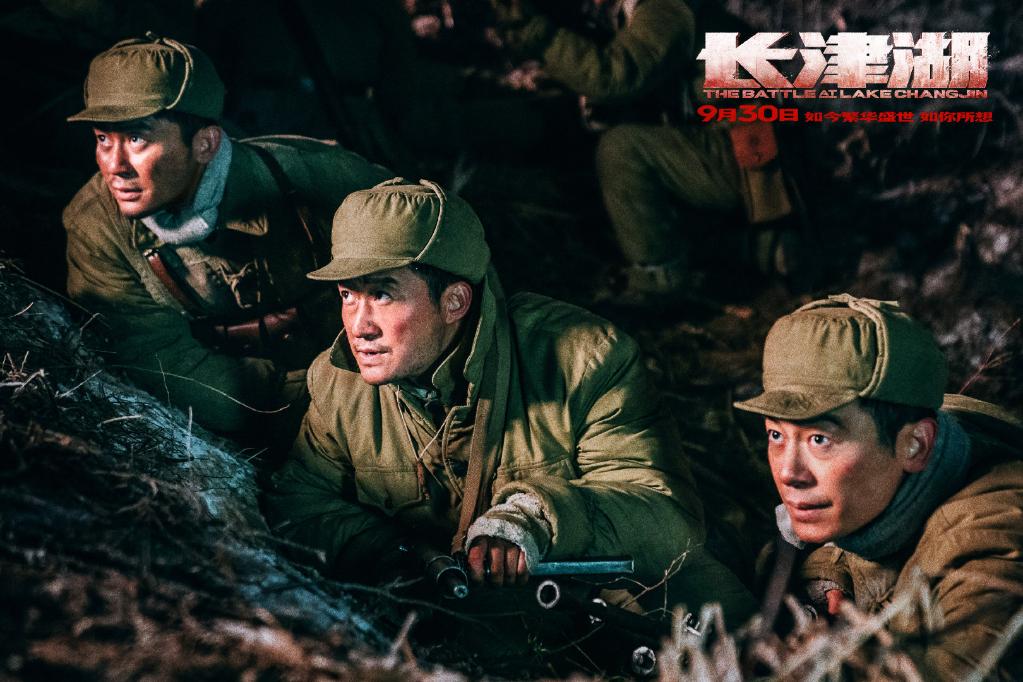 “My Fathers and Me” is another new mainstream film dedicated by Chinese filmmakers on the basis of “My Motherland and Me and My Hometown”. From the ardent struggle in the revolutionary war years to the sacrifice and dedication in the socialist construction period; from the pioneering in the tide of reform and opening up, to the innovation and creation in the new era and new journey, the film reproduces the blood heritage of the spirit of struggle.

In recent years, new mainstream movies have increasingly become the first choice of audiences, and they have continuously set off a movie-watching boom. Judging from this year alone, both the May 1st file “Above the Cliff” or the summer file “1921”, “Revolutionary” and “Chinese Doctor” have produced positive responses. How to promote the better development of new mainstream films has also become the focus of many people in the industry.

“New mainstream films must continue to innovate and express, pursue diversified development, and have a better dialogue with young audiences. Only in this way can they gain more endogenous motivation and achieve sustainable prosperity and development.” Rao Shuguang said.

In recent years, during important periods such as National Day and summer holidays, domestic animated films have always been indispensable, and the “revival of national comics” has gradually become a trend. Domestic animated films have been well received regardless of whether they are artistic or commercial, and have gradually become a “rigorous demand” in various periods. They have outstanding performance in setting off the festive atmosphere and meeting the needs of family viewing.

In this year’s National Day file, Pipiru and Luxisi, Big Ear Tutu, Tantan Mao and other animated images that are beloved by children have stepped onto the screen, and well-known IPs have become a major “magic weapon” for attracting audiences.

The Big Ear Tutu in “Big Ear Tutu: Tyrannosaurus Rex in Action” is a classic animation image that has accompanied the audience for more than ten years. “Pipiru and Luxisi: The Canned Man” is the first time the work of “Fairy King” Zheng Yuanjie has been adapted into a live-action movie in theaters. The original audience has covered readers from “post 70s” to “post 10s” and has become several generations. People’s common childhood memories. 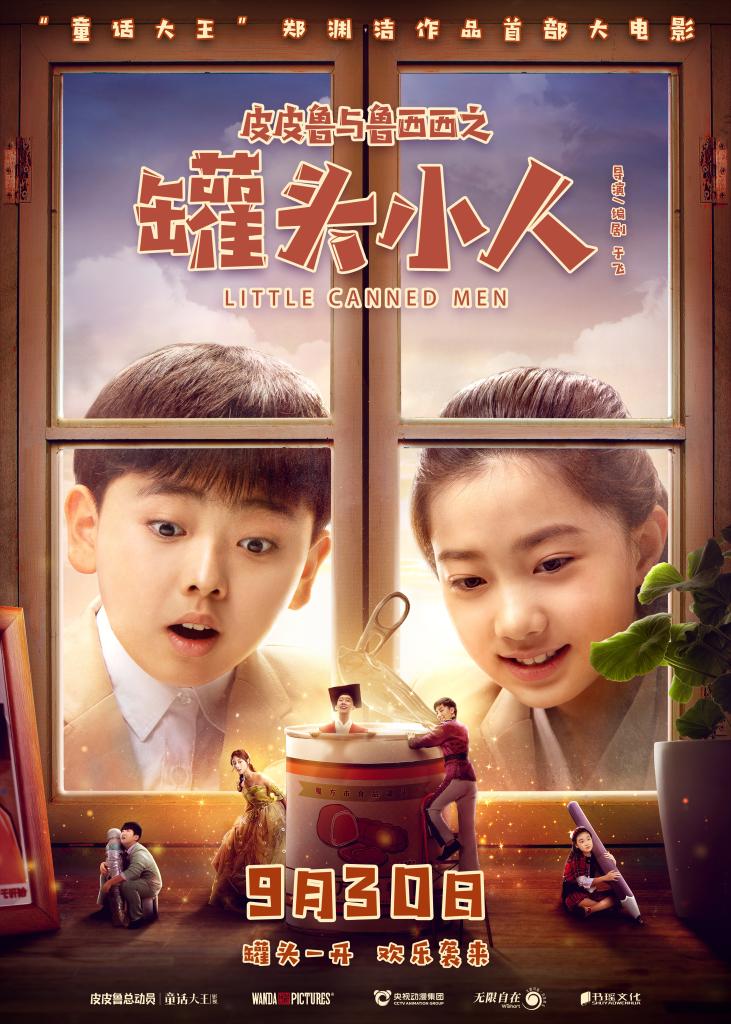 In addition to the main tone of the “main theme + animation”, this year’s National Day file also has a touch of youthful brightness.

The movie “Five Teenagers Who Fell in the Water” tells the story of five teenagers accidentally forming a men’s synchronized swimming team, facing the doubts of the people around, and overcoming difficulties to complete the synchronized swimming performance. Although the film is produced at a small cost, it has gained a good reputation with its fresh stories and inspirational elements.

On the whole, the addition of animated films and youth-themed films has enriched this year’s National Day archivesThe types of films also fully meet the individual viewing needs of audiences of different ages.

we have arrived at the computerization of medicine “