New Folk Art Criticism | A sincere heart to sing a hundred years of journey——Comment on the large-scale original symphony “Ode to a Hundred Years”-Xinmin.com

Before the National Day holiday, the Shanghai Philharmonic Orchestra was led by the resident conductor Zhang Liang and performed the large-scale symphony “Ode to a Hundred Years” composed by the resident composer Gong Tianpeng in the concert hall of the Shanghai Symphony Orchestra for the first time to celebrate the 100th anniversary of the founding of the Communist Party of China. The work adopts pure instrumental music expression and the four-movement structure of classical symphony, and deeply sings the glorious course of the Chinese Communist Party leading the people of all ethnic groups to realize the great rejuvenation of the Chinese nation. During the performance, this symphony deeply infected the audience with its distinctive theme, grand narrative, and strong emotions.

The music of the symphony “Ode to a Hundred Years” is closely related to the theme, and the development of the context is clear. In the first movement, the “initial heart” theme of the violin solo stands out from the deep music, implying that the Chinese Communist Party came into being when the Chinese nation suffered a serious disaster; the faint horn sound from outside the venue, full of vigor and vitality, is vividly interpreted With the Communist Party of China undertaking the mission of “seeking happiness for the people and rejuvenation for the nation”, it embarked on a great journey of continuous struggle. From the revolutionary years of prosperous years, music gradually developed to the construction period when people dedicated their youth to the motherland after the founding of the People’s Republic of China. The second movement, which incorporates folk music materials, is enthusiastic and bright, and the concert allegro with the nature of dance music reproduces the people of all ethnic groups. A good time to build a happy home under the leadership of the party. The third movement of “Ode to a Hundred Years” gradually shifts its perspective to contemporary times. The affectionate melody expresses the love for the mountains and rivers of the motherland and the vision for a better future. The alternate rotation of solo, ensemble, concerto and grand ensemble, with great lyrical melody The style expresses the boldness of the Chinese Communist Party’s leadership of reform and opening up and the great achievements of the reform and opening up and the deep love for the motherland and the people. The theme of “initial heart” has been continuously sublimated. The fourth movement turned from a majestic orchestra into a majestic allegro, expressing the dreams and pursuits, feelings and responsibilities of a century-old party, praising the party’s unity and leading the people to realize the Chinese dream of the great rejuvenation of the Chinese nation. “The theme is fully demonstrated, and the music is pushed to an exciting climax with the intersection of various voices.

See also  Electric car, here is the startup for charging at restaurants, clubs and supermarkets 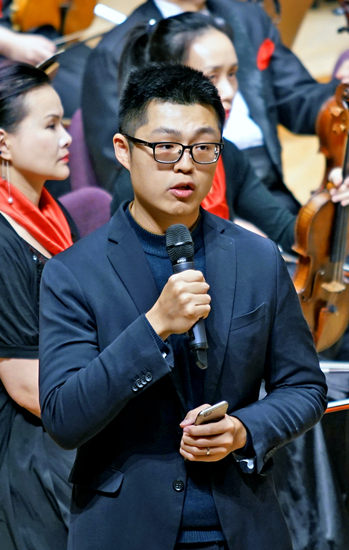 Gong Tianpeng, the 29-year-old youth resident composer in the troupe, has a deep feeling and enthusiasm in his heart. He has been planning and conceiving the creation of “Ode to a Hundred Years” four years ago. Under the support and guidance of leaders and experts, in the process of listening to the opinions and suggestions of people from all walks of life, he has revised and polished eight times. The first performance of this work is the ninth draft of this work. From the perspective of the music profession, “Ode to a Hundred Years” brings into play the grand narrative characteristics of pure instrumental symphony. It expresses the main theme with national sentiment and at the same time, because of the international nature of symphony vocabulary, it conveys the wishes of the Chinese people in the music. The people of the world stand in the same boat and help each other with sincere sincerity. Gong Tianpeng, who grew up in a revolutionary soldier’s family, went abroad for further studies as a teenager, and devoted himself to the prosperity and development of literature and art after returning to China. He knows that to realize the social value of symphony works, he must adhere to the creative orientation of “people-centered”. Therefore, he is creating Zhong always grasps the unity of appreciation, artistry and ideology of the works. Among them, the “Initial Heart” theme elaborately created by him has a strong singing character and a clear sense of picture. It repeatedly appears in the symphony through constant variation and sublimation, which has the effect of drawing the audience’s thoughts and enhancing the appeal of the music.

See also  Light up the memories of winter and pay tribute to the glory of heroes-"Changjin Lake" highlights the assembly to open an immersive movie-watching experience-qianlong.com.cn

At the same time, he is also pursuing the perfect combination of the internal development logic of classical symphony and the texture vocabulary, traditional Chinese music, and the aesthetic interest of contemporary music listeners. Composers fully excavated the pitch and rhythm materials of national folk music, reorganized them through modern and contemporary creative techniques, and used huge symphony as the carrier, which not only retains its horizontal melody with traditional Chinese musical meaning, but also broadens it. Its longitudinal sound effects make it a symphonic carol with Chinese characteristics, Chinese style and Chinese style in a true sense. At the same time, as an instrumental symphony, the composer not only closely follows the theme in the macro structure, but also pays attention to the slight changes, differentiation and derivation of new materials in the onlookers’ musical themes. The organization has been carefully designed to allow the audience to listen to a symphony as if they were watching a long scroll, full of immersion and maintaining the freshness of the moment. On the carrier of the classical symphony, the works subtly incorporate modern and contemporary style elements such as dance music, pop music, and ambient music, reflecting the vigorous vigor of the motherland on the great journey of socialist modernization. The harmony design also draws on a variety of styles including classical, romantic, and jazz. Under the traction and penetration of the theme of “initial heart”, the four movements of the whole work echo and support each other, and express emotions with narrative musical language. The presentation, development and reappearance of the theme materials symbolizes that the eternal “initial heart” and “mission” of the Communists will always shine and guide every revolutionary, builder and struggler. As the work of a young composer, the author is able to express the national symphony works with such a grand theme eulogizing the centennial journey of the Communist Party of China with a heartfelt heart of daring to explore and try, and has gained positive feedback from all parts of the society and people at home and abroad. Evaluation has also strengthened the confidence of literary and art workers in pushing the quality of their works to a higher level. 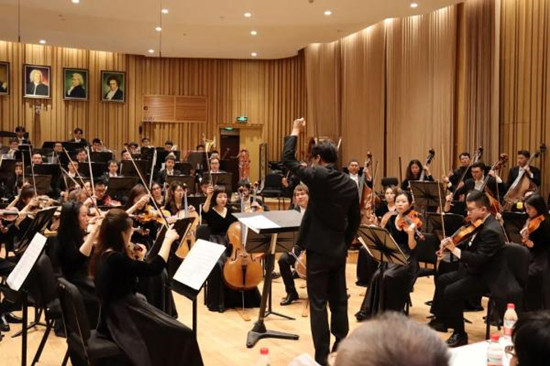 The Party Central Committee has high hopes for literary and artistic work and literary and artistic workers. General Secretary Xi Jinping pointed out in his important speech at the symposium on literary and art work, “I hope that the literary and art front and the majority of literary and art workers will live up to the call of the times and the expectations of the people, create better and more fine art works, and promote the development of culture. Great prosperity and building a socialist cultural power to make new and greater contributions.” Building a socialist cultural power requires more integration of Western artistic vocabulary and Chinese cultural thoughts like “Ode to a Hundred Years”. The works of the story also need more young artists like Gong Tianpeng who have a sincere heart, and dare to innovate, explore, and dedicate in art. In this way, we can firmly move forward on the road of building a cultural power. (The author of Lang Xin is a teacher of the Music Department of Shanghai Conservatory of Music)

Since the beginning of this year, the total...

Steve McCurry, the universe of a documentary maker

Crete and Rhodes, 4 thousand years on the...

The wider the scene, the more intimate the...