Not only history, “Mountains, Rivers and Moonlight” also has workplace situations jqknews

As a historical drama, “Mountains, Rivers and Moonlight” has done some artistic processing of historical facts for the sake of a compact and beautiful plot, but still upholds respect and restoration of history at key points. Not to mention the depiction of the growth history of the protagonist King Yan and his wife Xu Miaoyun, even the supporting roles with few roles are also carefully shaped. The upright Tie Xuan, the outspoken and daring Fang Xiaoru, the clever and clever Liu Bowen, or Hu Weiyong, who has done his best in the organization, or Wang Baobao, a brave and skilled man in the Yuan Dynasty… Due to the space, these characters are not many, but their personalities are distinct, as if from the beginning. Just like coming out of a dusty history book, it attracts people to explore the truth of history. No wonder some netizens said: “”Mountains, Rivers and Moonlight” made me interested in reading historical books, the Ming Dynasty is really interesting.”

The wonderful performance of this historical drama is due to the interpretation of the old drama bones. Zhu Yuanzhang played by Chen Baoguo, Queen Ma played by Wang Ji, Xu Da played by Zhang Fengyi… Their performances made the audience feel that the actors can really bring the audience into the historical situation.

In addition to satisfying the audience’s curiosity to explore history, for modern audiences, “Mountains, Rivers and Moonlight” is also a highly watchable “workplace drama” – if Zhu Di is regarded as an aspiring young man who has just entered the workplace, this This drama can also teach the audience a lot of ways to behave in the workplace.

Zhu Di’s talent is first reflected in how to recognize and employ people. When he leads his subordinates, he can be “a virtuous corporal”, “employ people without doubt” and “lead the way”, so he can recruit talents from all over the world. For example, in the play, Zhu Di regards Zhang Yu as a confidant, not only making him his close minister, but also sending someone to bring his wife and children to his side for a family reunion. In another episode, in order to understand public opinion, Zhu Di pretended to be Zhu Shilang of a hundred households, and all the users of food and clothing were no different from ordinary people. He knew that his subordinate Zhang Wu lacked money to marry a wife, so he planned to let him wrestle with himself, and then deliberately lost to the opponent to save Zhang Wu’s face. Zhang Yu, Zhang Wu, Yao Guangxiao and others are not of noble origins, but Zhu Di can treat them like brothers and sisters, which is a very rare quality in the ancient society where people are very particular about their origins. 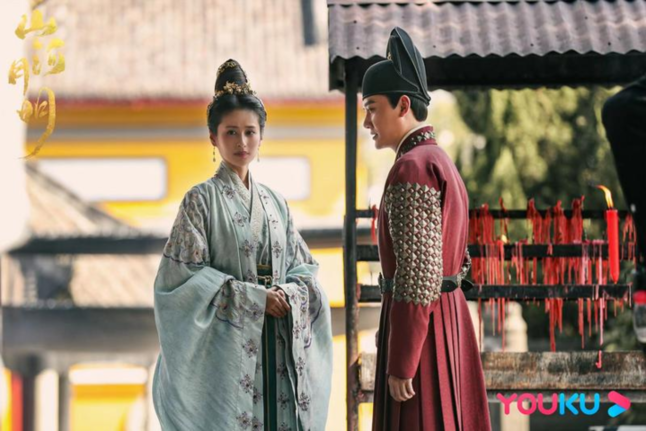 With the increase of age and experience, under the persuasion of his wife Xu Miaoyun, Zhu Di gradually became a mansion. Zhu Di was aware of the conflict between the relationship between the ruler and the minister and the relationship between father and son. When faced with the misunderstanding and censure of the emperor’s father and the prince’s elder brother, he could sometimes use the strategy of the ruler and minister to deal with it, and sometimes use the power of family affection to resolve it.

For the audience, watching dramas is not only to explore history, but also to explore the inner world of characters in the texture of history. Looking back at ourselves, history is also a mirror for us, from which contemporary people can reflect on themselves and gain wisdom in life and work.