Politics, big tech and inclusiveness: the return of the Met Gala goes far beyond fashion

The wait was well rewarded. After two years between cancellations (in 2020) and reduced-size editions (last September), the retreat of the pandemic has allowed New York to return to host the Met Gala, one of its most loved events, on the first Monday of May as per tradition.

The Gala is essentially an evening in which funds are raised to support the Costume Institute of the Metropolitan Museum, a section that annually dedicates exhibitions to different aspects of fashion and its history, usually attracting large numbers of visitors, as in the case of “Heavenly Bodies” which in 2018 they touched 1.7 million. Conceived in 1948 by Eleanor Lambert, to finance the only section of the museum that needed funds, before the pandemic the Met Gala welcomed about 600 guests from the world of fashion, finance, politics, industry, heirs of the most in view of the country, various stars. Today the number has been reduced to about 400, and to participate, that is to have a seat at a table, costs a minimum of 35 thousand dollars. The September 2021 edition raised 16.4 million dollars, figures consistent with its “Super Bowl of fashion” soul: according to Business of Fashion, a six-second advertising space in its stream of about two hours can reach cost 500 thousand dollars. And according to Launchmetrics, if the Super Bowl has an average impact value of $ 520 million, the Met Gala reaches 543.

Big techs have been the main sponsors for ten years

Two years of pandemic did not go by without a trace even on the Met Gala. Certainly some aspects have been solidly confirmed: first of all the supervision of Anna Wintour, the historic director of Vogue, who has directed it since 1995 and to whom the Costume Institute has been named since 2014 (moreover, with perfect timing, her new unauthorized biography was released , “Anna: The Biography,” written by Amy Odell); the presence of hundreds of celebrities, who challenge each other smiling at the wearer of the most magnificent and unforgettable creation; the sponsorship of at least one of the big techs, this year Instagram, as per the consolidated use of the last ten years. 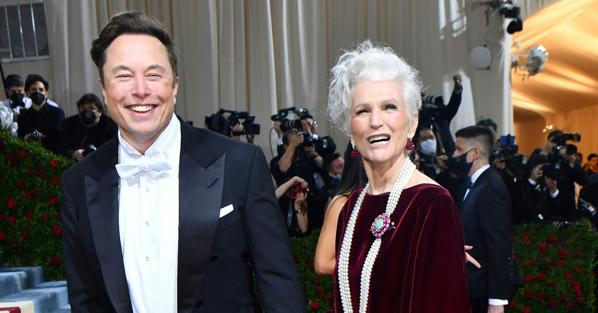 Until 2010, the main sponsors were in fact brands from the fashion industry, Armani, Burberry, Balenciaga, Gap, just to name a few. The sequence of sponsorships of big techs began in 2012, with Amazon supporting the exhibition on Schiaparelli and Prada, followed by Yahoo and Apple. And even if he didn’t finance it directly through the newly acquired Twitter, one of the stars of the 2022 red carpet was Elon Musk, accompanied by mother-model Maya, in Dior and Chopard jewelry.

Inclusiveness (or its research) is the real protagonist of the event

But in this edition, in fact, something has changed, starting from the very careful composition of the guest list, embodiment of the values ​​that cross, or would like to do, American fashion and the United States of today: inclusiveness, first of all, with a number of guests probably never so high waspbut Asians, African Americans, curvy like Lizzo, who recently launched Yizzy, her first line of underwear and shapewear.

Xianhe Environmental Protection: The control rights are planned to be changed, and Qingli New Energy will become the company’s controlling shareholder jqknews

Zuckerberg arrives in Milan and meets Del Vecchio for smartglasses

Huang Zijiao was promoted to be a father,...

The agent said that Chen Zhipeng has officially...

China in lockdown is scary but luxury focuses...

The former Asian sister was attacked by a...

Handbrake, parking and safety: what the manual says

The reason why Li Chen and Fan Bingbing...