As you can see from the main page of QQ Music UWP 4.2.1 version,When the user logs in to QQ Music, the recommendation page will become the default pagewhile the previous music hall was placed in the second column.

Users can use this pagePersonal radio, 30 songs per day, playlist recommendationWait. However, in the IT Home test, the personalized radio function is still unavailable, and the song information is displayed abnormally.

In addition, the previous version 4.2.0 has supportedSearch MV, singerthe function is further completed. 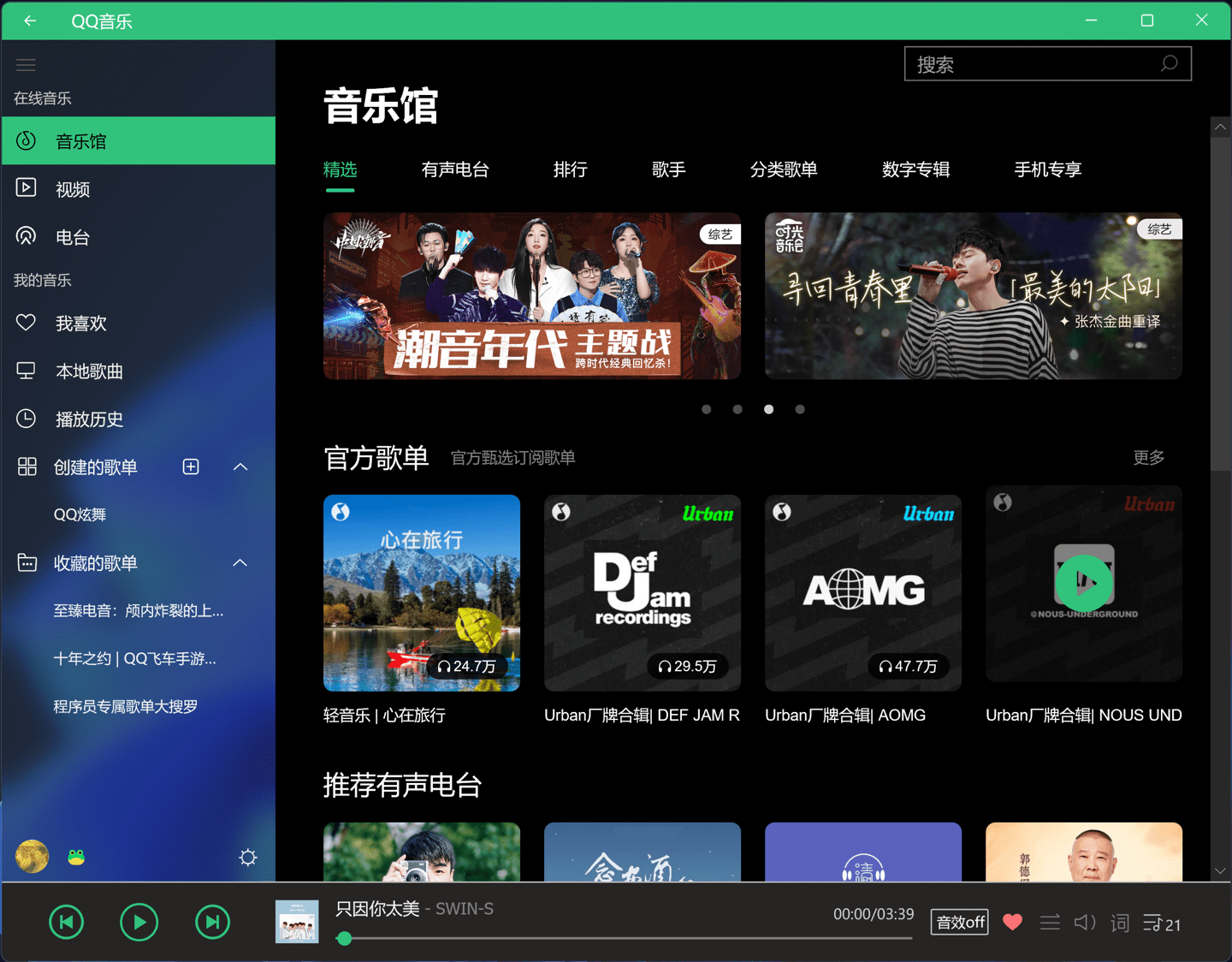