There are countless writing collections. If you want to say that it is extremely influential, literary, and extremely easy to learn from, I am afraid that “Golden Rose” is still indispensable. This book has always been considered suitable for both the general reader and the novice writer. The famous writer Tie Ning was delighted when he got a copy of “Golden Rose” in middle school, and regretted losing it. Today, “Golden Rose” still has a strong ability to attract fans with its beautiful language, vivid narrative, and clever structure.

“The Golden Rose” is the first “Notes on Writers’ Creation” completed by Paustowski at the age of sixty-three in his mature creative period. Nature”. The title of the book is taken from the only relic of the hero in the opening chapter “Precious Dust”. The story takes place between the French soldier Chamet and Suzanne, the orphan of his regiment commander in Mexico. During the voyage that took the little girl back to China, Shamei told her the story of the golden rose, “If anyone has such a flower, they must be lucky.” After the separation, Susanna grew up in her aunt’s house, and Shamei became a cleaner after she retired. . Susannah, who reappeared in front of Shamei, was trapped by love and couldn’t forget the golden rose. Shamei secretly spent a lot of time and energy collecting scraps from the jewelry workshop, sifting gold scraps from the dust, casting gold scraps into gold ingots, and finally asking the jeweler to make “a very delicate rose flower” . However, Shamei finally failed to deliver the golden rose full of his tenderness and blessings to Susannah, and she was forever in the world. A jeweler encounters a writer, and Shamei’s story spreads in the world. The writer found resonance in Shamei’s story: “We writers have searched for these countless fine sands for decades, quietly collected them for ourselves, fused them into alloys, and then cast our own ‘golden roses’—— Novellas, novels or long poems.” Paustovsky, who has been on the road of writing for 43 years, explained the mystery and joys of literary creation like a touch of water. Such vivid images and simple explanations are not only “Precious” The characteristics of “The Dust” are also the characteristics of the whole book “Golden Rose”.

Paustovsky’s subtitle for “The Golden Rose” is “On the Writer’s Craft and Creative Psychology”. In order to accomplish this task, on the one hand, he showed himself: using the writing outline of the short story “Snow” to illustrate the importance of repeated deliberation, and using the writing motives, character prototypes, knowledge accumulation and other processes of “Kara-Bugaz Bay” to demonstrate life Everything in the book “can shock the heart with great power”, and all this can be expressed both passionately and lyrically; with the collection of materials from the novels “The Telegraph” and “The Constellation of the Hounds”, it is revealed in a popular way that it is necessary to pay attention to daily life. details, and don’t forcefully pull the observation material, “even the material of success”; explain it with your own words and my words, as a forest ranger, a farmer, a poet, a sailor, etc., “Don’t despise anything when looking for words”, In order to “keep a sense of the language,” not just with people, “but with pastures and forests, rivers and seas, old willows, chirping birds, and every flower that nods from under the hazel bushes. “; with the birth of the novella “The Fate of Charles Langseve” to argue that “the material is dead until the characters appear”; with the epiphany landscape description of a memory about an air raid in 1941, “it’s not an addition. “.

On the other hand, Paustovsky cites a wide range of sources: using inscriptions near the fishing village of Latvia and the story of the Dutchman Murta Tuli to emphasize the mission of literature; using flashy shavings to show that the true meaning of writing is not fantasy, but true feelings Reality; borrow Leo Tolstoy’s example from seeing burdock to writing “Haji Murat”, “ideas can only bloom if they are constantly in contact with reality”; citing A. Tolstoy’s summary to reveal the character’s Freedom of Logic, “If a writer forces a character to act against logic, if he forces a character back into the outline frame, then the character begins to become lifeless, a walking dead, a robot”; modified by old proofreader Blagov The passage of the old writer Soberly’s article emphasizes “what an amazing effect a proper full stop plays on the reader”; use Gaidar to write “The Fate of the Drummer”, Feiding to write “An Extraordinary Summer”, Chekhov to write “The Hunter” “explains that there are no set rules for writing; as evidenced by the description of “hair standing on end” in A. Tolstoy’s “The Course of Suffering”, “a just-right detail can make the reader . . . produce an intuitive and accurate understanding”; The story of the discovery of Florida by the Spanish aristocrats revealed that “imagination stems from life, and sometimes it in turn dominates life”; with Monet’s London Red Mist and Levitan’s “Above Eternal Tranquility” to prompt the writer to be honest Discover and express “new features of reality”. 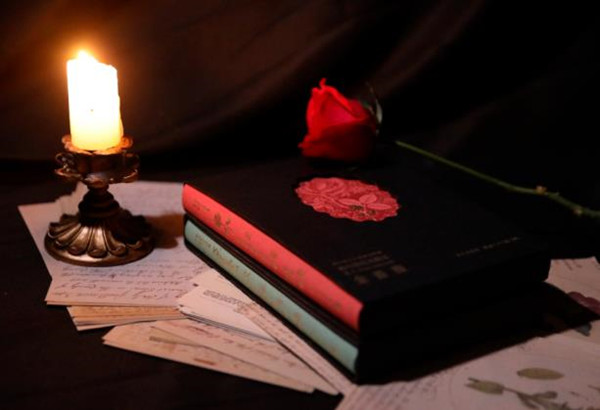 Going back to the creation scene of “Golden Rose”, I can probably feel its value even more. When heroism and outcry dominated the Soviet literature in the 1950s, Paustovsky, who had experienced three wars and two revolutions, recounted his writing experience, literature at his own pace. Claims and aesthetic ideals. In his unreserved narrative, his warm memories of his friends, his persistent pursuit of writing, and his sober conscience and noble character in the face of the times are permeated everywhere. Paustovsky described his works as the “Golden Rose” carefully created by writers for readers, and his essay collection “Golden Rose” can be described as a “Golden Rose” created for writers and readers at the same time.

Time is the best touchstone. According to incomplete statistics, as of 2022, there will be nearly 40 versions of “Golden Rose” in Russia, and there will be no less than 20 versions in China. On the occasion of the 130th anniversary of Paustovsky’s birth, whether reading “The Golden Rose” for the first time or rereading it, there will always be “new landscapes and new paths”. (Bai Ying)

Electrolux, in the reorganization, there are 300 redundancies in Italy and 102 million investments in Solaro