The TV series “Police Honor”, which is currently being broadcast on CCTV 8 and iQiyi, focuses on the daily work of the Balihe Police Station, and builds a group portrait of grassroots policemen with splendid group dramas. Since its launch, the show’s reputation and popularity have continued to rise. At present, the Douban score is as high as 8.3 points. Many official accounts such as the Central Commission for Discipline Inspection, “Safe Beijing” and “Sichuan Public Security” have praised the show. 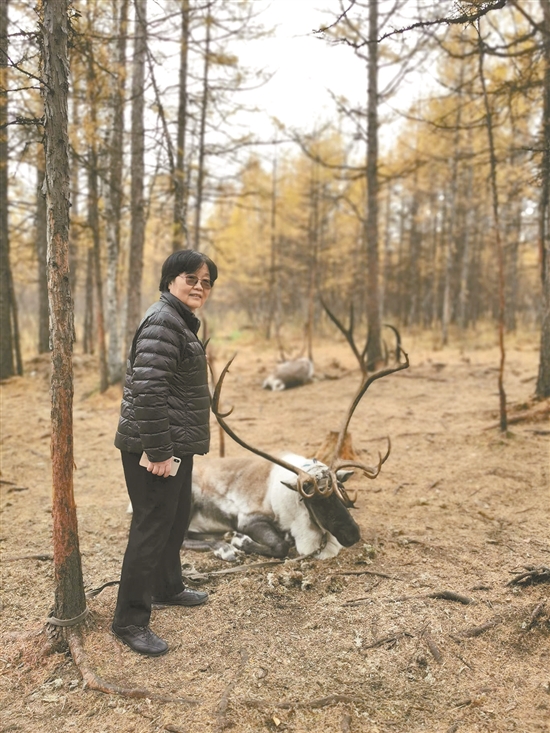 Compared with dramas of the same theme that focus on tense atmosphere and brain-burning plots, “Police Honor” hardly solves major cases and does not engage in suspense. The policemen dance every day, occasionally the years are quiet, and the fireworks are as strong as the audience at the entrance of their own community. Same as the police station. Recently, Zhao Dongling, the screenwriter of the play, was interviewed by a reporter from the Yangcheng Evening News. In her opinion, the pursuit of “Police Honor” is to use fireworks to resonate with the audience, while asking real questions and facing the real reality. “I have always felt that a real artist, or a work of art with real value, has to ask real questions about the current social reality. If this question is not asked, I think it has no aesthetic value and has not been passed down. the value of.” 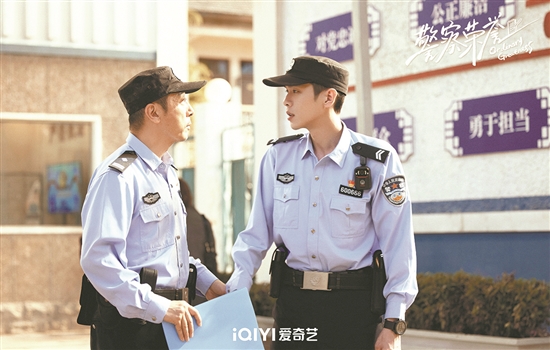 One of the most talked about points in “Police Honor” is that it has successfully created small characters of various personalities. Their experiences are very different, but both the protagonist and the supporting roles are vivid.

Zhao Dongling said that most of the characters in the play can find realistic prototypes. For example, Cao Jianjun, one of the characters most discussed by netizens, came from a few words that were overheard during the interview – “A policeman who just won the honor, went to drink that night and had an accident, and was arrested the next day.” .

“From these few words, we began to think about what kind of person he was and what kind of experience he had that could lead him to make such a big mistake. The reality has an enlightening effect on us, if we didn’t hear it at the time With these few words, you may not have thought of a character like Cao Jianjun who entered the work in a unique way.” 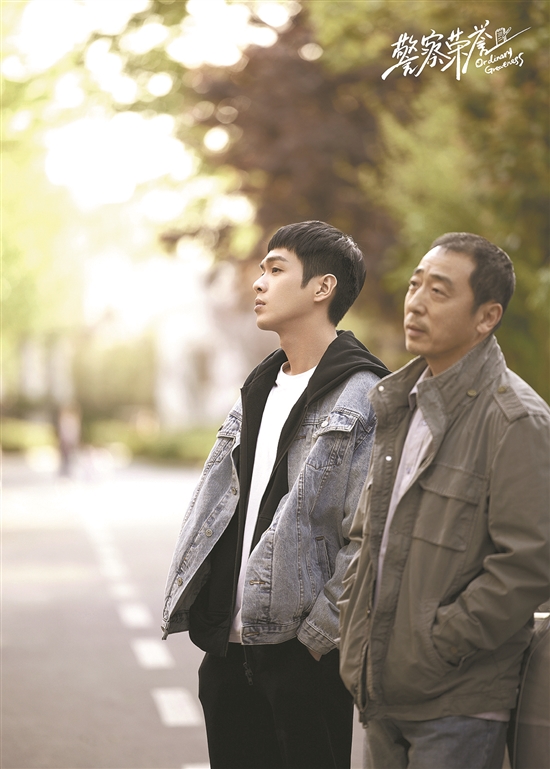 Now that the series is coming to an end, Wang Shouyi, the director of the Balihe Police Station, must be at the top of the list. Zhao Dongling said that Wang Shouyi’s image combines the characteristics of many people, and to a certain extent is like her “spokesperson”: “He is the ‘Dinghai Shenzhen’ of Bali River. You have to say that I have really encountered it in my life. There is no such thing as an old policeman. But I have interviewed in this creation, and I have dealt with people who are well-mannered and insightful in the world. I always think this kind of person is very good. I may personally He belongs to someone who is more tactful in looking at people and things, and he basically represents my views on many things, so he created this image.”

Wang Jingchun’s excellent acting skills also added a lot to the role of Wang Shouyi, and some netizens even commented that “if you don’t know Wang Jingchun, you really think that the director of the police station is coming in for a cameo”. Zhao Dongling said that after the image of Wang Shouyi was written, the first thing that flashed in his mind was Wang Jingchun. Wang Jingchun has played many police images, and all of them are deeply rooted in the hearts of the people, but this also became Zhao Dongling’s worry: “I’m worried that he doesn’t want to play a policeman anymore. I saw him saying in the interview that he was hesitant at first because he was worried about his relationship with himself. The images he has played are the same. I don’t think he has to worry about it now. Wang Jingchun’s acting is really good. Netizens say that you can abuse others as a screenwriter, but don’t abuse Wang Shouyi again. I’m also very moved, I think That’s the charm that the actor brings to the character.” 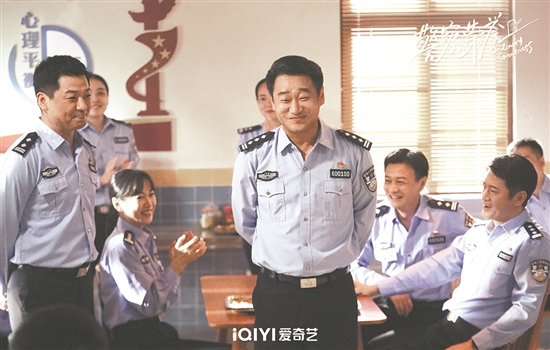 [Talking about the plot]Use fireworks to resonate with the audience

Public security dramas often focus on serious and important cases, the plot is suspenseful and brain-burning, and the pros and cons are stalemate. However, “Police Honor” takes a different approach and settles in the grass-roots police station. Most of the stories are trivial and trivial. In fact, from the beginning of writing the script, Zhao Dongling was determined to depict the daily work and life of ordinary police officers, which is completely different from the drama “Fox Hunting”, which she wrote in 2020 and has a strong dramatic conflict: “I knew from the beginning that this drama We can’t rely on that kind of strong conflict and major suspense to win. What we pursue is to use this kind of pyrotechnic gas to resonate with the audience, and use our texture to impress the audience. We believe that as long as the texture is done well, the pyrotechnic gas, life If it is done well, it will have an audience.”

The origin of this kind of fireworks comes from Zhao Dongling’s “superstition” about interviews: “I will interview every project. This kind of interview does not directly find complete cases or characters that can be put into the work. , but the interviewed thing triggers you, and then further artistic creation, fiction, and processing are carried out on this basis, and then it can present a reasonable and grounded artistic expression.”

In the process of writing the script, the screenwriter team visited 5 police stations and 1 criminal police unit in Jinan, Shandong Province, and heard a lot of “chicken and dog jumping cases”, and finally gathered into the daily work of the Balihe police station in the play.

Graduating from a prestigious school is highly valued by leaders, and they are dissatisfied with the division of labor and have nowhere to justify when they are new to the job. The newcomer not only takes the blame but also gets credit, and is absent from the middle-aged workplace of the parent-teacher meeting due to overtime… The office of the Balihe Police Station has made many viewers have their own way. Substitute, check in. Zhao Dongling said frankly that the collision between the new generation and the older generation in the play stems more from the real tradition of “passing, helping, and leading” in the public security department, and it is an unexpected joy to resonate with the audience in the workplace: “In the beginning, I just wanted to To convey the life of a police officer truthfully, when it was broadcast, the audience said that this is the workplace, I think it is not our intentional design, but a natural effect of this presentation.” 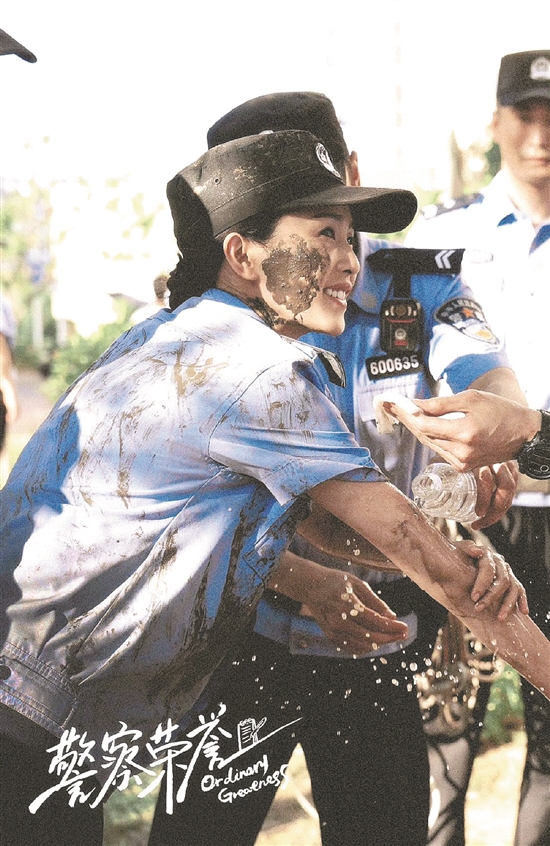 It is precisely because of the pursuit of truth that the audience’s attitude towards individual plots in “Police Honor” is polarized. For example, from episode 7 to episode 10, the old man walked the dog without a leash to frighten the child. The parents of the child agreed to forgive the old man, but the old man deceived the two and asked for money, and even interfered with his normal life after the police intervened. . At the end of the case, the troublemaker finally agreed to give up because his son was arrested for drug involvement, but the child’s family did not even wait for an apology…

“Many people angrily gave “Police Honor” one star because of this plot, and of course many gave five stars.” Facing the polarized comments from netizens, Zhao Dongling responded, “Why does this plot arouse everyone so strongly Emotions? Just because this problem is very real, it exists in our society, it exists in our life. The dog walking dispute is actually a very typical problem in reality. It is not so much ‘the old people become bad, the bad people become bad It is better to say that with the advancement of urbanization in China, the way of doing things that was originally suitable for the society of acquaintances in the countryside is in conflict with the society of strangers in the city. This is a real problem, that is, in this kind of situation, How to deal with the interweaving of principles and laws.”

Zhao Dongling has always held a view that modern themes are not equal to realism, “because I see more and more realistic themes detour to similar acute issues.” “No hypocrisy, no dwarfing, no exaggeration” in his creation is Zhao Dongling’s understanding of the subject of realism: “I always feel that a real artist, or a truly valuable work of art, must It raises a real question about the current social reality. If this question cannot be raised, I think it has no aesthetic value and no value to be passed down.”

Zhao Dongling said frankly that when he was young, he also liked to read “Qiong Yao” novels, and now he is still amazed by the author’s imagination when he reads fictional novels. But in her opinion, apart from dream-making, art should also assume the function of reflecting social reality: “Both are equally important. Dream-making has its own value, but people can’t be immersed in dreams forever, people always want works of art Being able to look at one’s own life. Realism has a strong vitality at all times.”

The Diablo Three Kingdoms killing game “Wo Long: Fallen Dynasty” is named “Wolong: Fallen”, and the Chinese trailer is released-Game Base

The Japanese and Korean style swept my country’s...

In July, the best domestic films will be...