Have you ever played a game that combines NFT and virtual currency? Today, I recommend the puzzle game “Power of Women: Genesis” launched by Spark Games Studio to reshape the confidence of female characters, while incorporating NFT elements and virtual currency SOL. Players play the role of a shaper in the game, helping the decadent heroine change her appearance, rebuild her self-confidence, and cultivate herself from a decadent otaku to a successful woman. The NFT element is added to the game, and the virtual currency SOL is used as the only payment method.

The game “Power of Women: Genesis” itself has four major highlights. First, the virtual currency SOL is used as the only payment method in the game. You cannot use the currency of various countries to recharge, and must be converted into virtual currency to pay. Second, NFT elements are added to the game, and you can customize your own personalized NFT digital collection in the game, with a unique status symbol. Third, drawing on the adventure content of the once-popular match-3 game “Project Makeover”, players will take over a decadent female character and make her a full-scale transformation, making her a dragon and a phoenix. Fourth, the popular and extremely decompressing water pouring gameplay in puzzle games is adopted. Numerous elements mix together to form this irresistibly captivating game.

The core gameplay of “Power of Women: Genesis” is the water pouring gameplay in puzzle games. You need to pour water of different colors in several test tubes into each other to concentrate the water of the same color into one test tube. Proceeds will be used to style the decadent heroine and bring her back to self-confidence. In the process of dressing up the heroine, the elements of the text adventure game are integrated, and it will take you to experience a counter-attack journey from an ugly duckling to a white swan.

The art of “Power of Women: Genesis” adopts an extremely delicate and delicate 2D and 3D style. In the presentation of the water pouring gameplay, the colorful graphic design makes the time pass quickly and makes you inadvertently addicted to it. When dressing up the heroine, the three-dimensional realistic 3D character modeling is not only rich in details in modeling, but also achieves a very high level in the dressing of various actions and accessories. Even shadows, starlight and other visual effects are readily available. 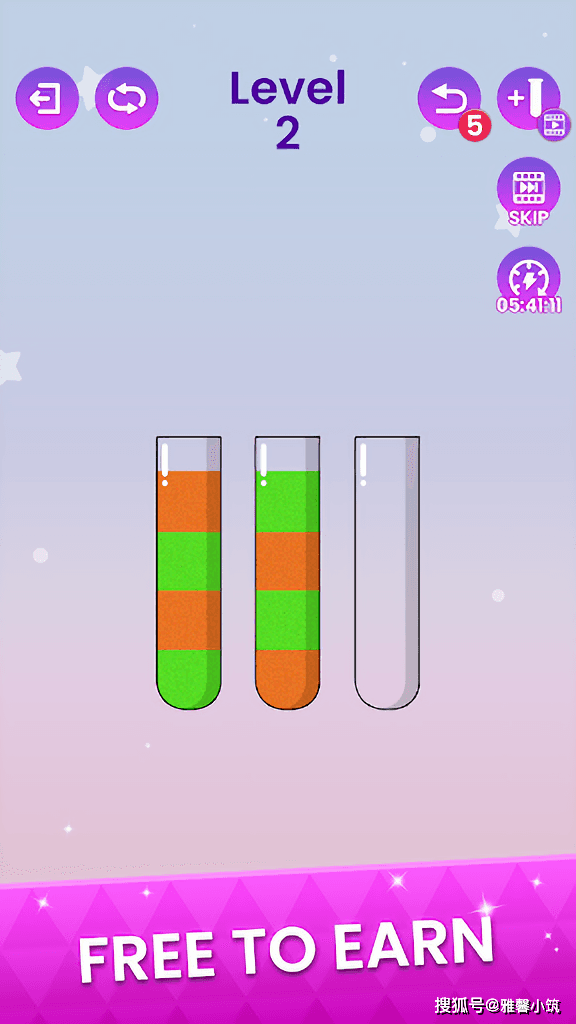 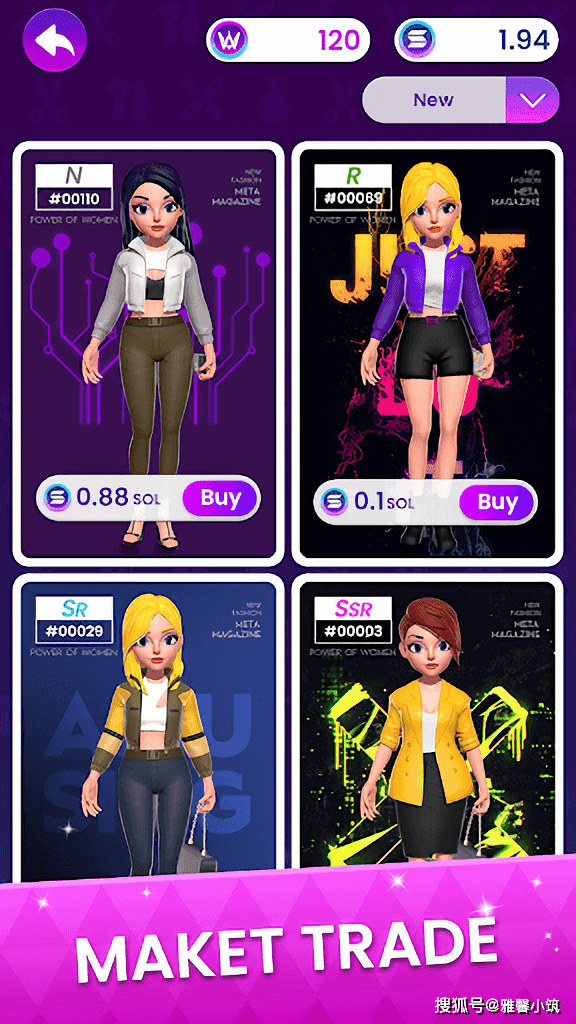 From the actual experience, “Power of Women: Genesis” brings together many popular elements. In terms of topicality, it has the blessing of NFT and virtual currency. In terms of plot, it draws on the extremely successful female counter-attack route. In terms of gameplay, it will make people feel The irresistible classic water pouring gameplay is smooth and natural, and even enriches the entertainment by setting difficult levels. And its own art quality is also eye-catching, and it can bring together so many outstanding features, enough to make this game get a lot of results.

Behind the bright and beautiful features is the core of old bottles of new wine, whether the addition of metaverse concepts such as NFT and virtual currency can attract more players, and whether a single virtual currency payment channel will affect players’ recharge experience, according to the existing successful products. The story mode of the heroine’s counterattack, and the setting that uses the classic and mature gameplay as a foil. Behind the seemingly innovative is the collision between avant-garde and bold attempts and careful conservative strategies. I hope this game that brings together various elements can go further.

See also  The new PV of "Soul Hacker 2" is released! The official website is also updated to chat with "Apple"! - funglr Games

If you are very interested in avant-garde technological elements such as NFT and virtual currency SOL, if you are a fan of dress-up adventure gameplay, and if you have a soft spot for casual and intellectual water pouring, then please don’t miss this one easily Power of Women: Genesis.

At present, “Power of Women: Genesis” ranks 7th in the top free games list of Google Play Store, Google’s official application store, with more than 100,000 installations, and the content is rated as suitable for all players. It has nearly a thousand comments and a score of 3.9. .

Who am I: Yaxin Xiaozhu

What I do: Share a popular game every day

My ideal: let everyone have their own game

I would like to be: to be the link between people and games