[Look at China, January 24, 2023](See comprehensive report by Chinese reporter Li Xiaokui) Since the outbreak of the epidemic in China at the end of last year, almost every family has infected patients, and almost every family has people attending funerals. Under such circumstances, while the mainland people welcome the Chinese New Year, they can’t help feeling sad.Lunar New Year’s evenight of,CCTVRelease of”Spring Festival Gala“Accidents occur frequently, and the audience is also gloomy. This scene has become a hot search,”Head scratcher”、“Confused brother“Wait for the audience to become popular overnight.

On the 23rd, the “Media Group Entertainment Ji An Ning” jointly operated by many senior entertainment journalists in China pointed out that for the “large-scale serial drama (Spring Festival Gala)” that only broadcasts one episode a year, many viewers this year think it is too boring, and many netizens even expressed that , what looks better than the “Spring Festival Gala” is the live auditorium.

A Weibo certified as an “original video blogger” also said in a video, “…the only disadvantage is that the audience at the scene has a lower level compared to previous audiences. They don’t know how to laugh when they should laugh. I don’t know how to cry when I’m crying. Some audience members even wore earphones at the scene, and some frowned and rolled their eyes… They didn’t cooperate with the performance of the actors.”

It can be seen from the video and pictures posted on the Internet that at the performance site, a man in a gray shirt first sighed, then fiddled with his hair and scratched his head in a low voice. Not only did his face lack any expression of joy, showing a feeling of helplessness, but the girl who was applauding beside him was also expressionless and powerless. 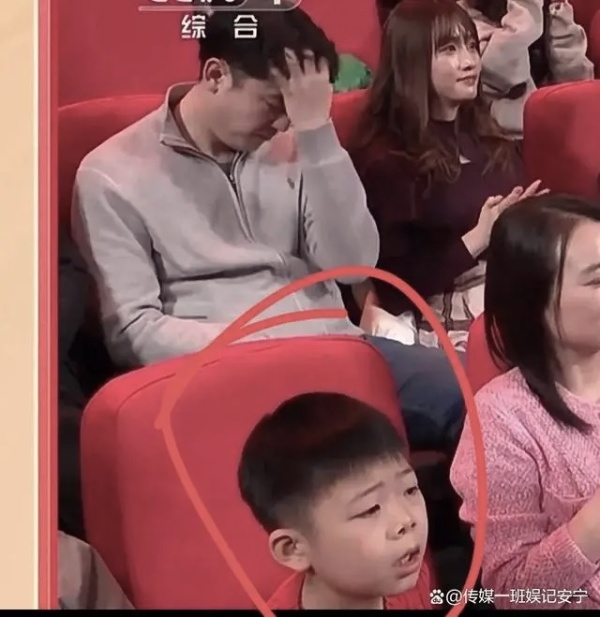 A man in a gray shirt first sighed, then tousled his hair and scratched his head in a low voice. (Image source: video screenshot)

Also appearing in the picture is a little boy with a bewildered face, his eyes full of doubt and incomprehension, and he opened his mouth wide as if he was asking what the adults around him were laughing at. 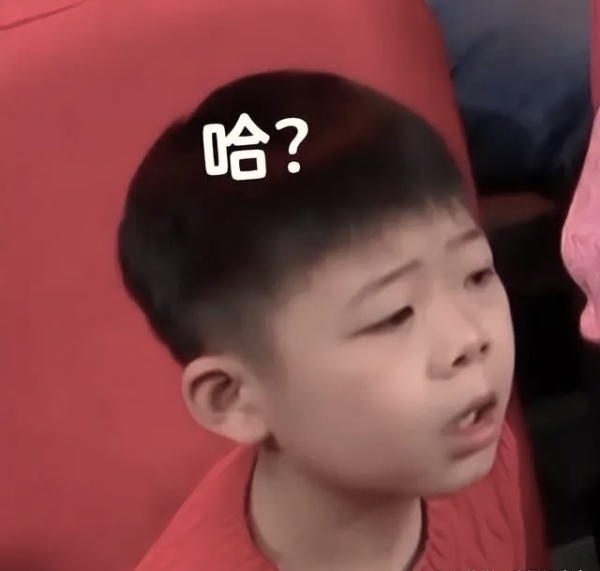 There is also a little boy with a confused face in the picture, his eyes are full of doubt and incomprehension. (Image source: video screenshot)

In addition, when actor Xu Zhisheng was performing a talk show, a man in black in the audience behind him had a serious expression from beginning to end, and was ridiculed by netizens as “seemingly trying to hit someone”. 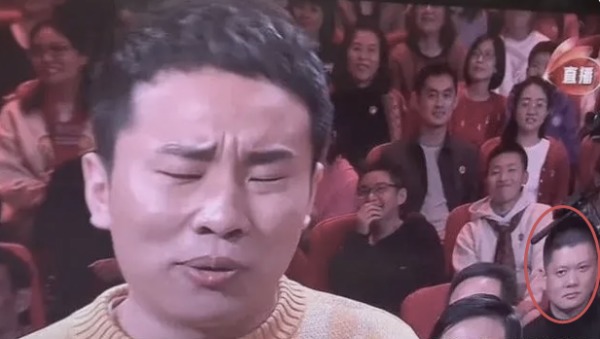 A man in black behind Xu Zhisheng had a serious expression from the beginning to the end. (Image source: video screenshot)

Before the New Year’s Eve bell rang, the young male dancer behind the host Ren Luyu also attracted the attention of the audience. In the host’s 3-minute summary, he kept smiling with his teeth bared, as if his face had stiffened from laughing. 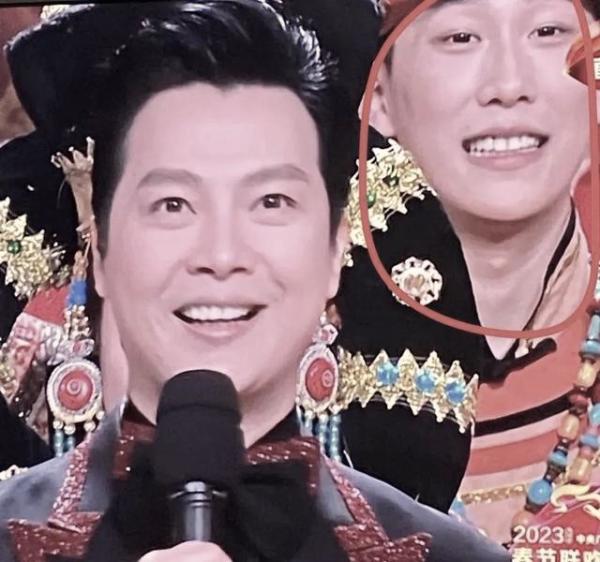 The back-up dancer behind the host Ren Luyu seemed to have stiffened from laughter. (Image source: video screenshot)

The outside world also noticed that compared with this kind of posing smile, more audiences feel that they are absent. For example, a video shows that a man in the auditorium said to the woman in black beside him, “Stop playing with your phone, the camera is coming…”

Someone also posted a picture of the scene on CCTV and said, “Look at the expressionless faces of each one. Is this a memorial service?”

Some netizens said, “This year’s language class can be said to be the worst year in history. Fortunately, I don’t have to stare at the TV now, and I still have a mobile phone to play…”

Another netizen wrote, “I watched the rebroadcast of the Spring Festival Gala. Compared with the first time, I actually laughed, so embarrassed. The talk show was a complete failure. There is not a single stalk!”

Another netizen pointed out, “Over the past decade or so, the more and more boring Spring Festival Gala has confirmed the retrogression of culture and aesthetics. Without the era and reality, the literary and artistic creations that have been overhead have made the Spring Festival Gala more and more like a country cloaked The rotting corpse of literature and art of the will. He has no life, although he sings the glory of the world, he is still dead. The literature and art that grows from the rotten land, no matter how gorgeous it is, is just an empty body bag without soul.”

See also  Love has a thousand appearances, and there are long-distance running cheats for love in "Romantic Travel of Wife 5"

There are also many people who lament that the streets are deserted during the New Year this year. Many people buy flowers not to celebrate the New Year, but to pay homage to their relatives who died of the epidemic. In the ICU, queuing up, entering the crematorium, loading the urns. The crematorium waited several kilometers for the hearse to send relatives… But the CCTV Spring Festival Gala celebrated the so-called “great achievements of the Communist Party, a peaceful and prosperous world“….”

[Honorary Member Wanted]Streams can merge into the sea, and small acts of kindness can lead to great love. We sincerely recruit 10,000 honorary members from Chinese around the world: each honorary member only needs to pay a subscription fee per year to become an honorary member of the “Looking China” website, which can help us break through censorship and blockade, and provide at least 10,000 compatriots in mainland China Provide independent and true key information, give them early warning in times of crisis, and save them from the great plague and other social crises.

“I asked the nurse for help, she said no”

This low-key small town in Guangdong has also...

Sanremo: for a week we are all “musicologists”