Sohu Entertainment Special (Yi 234/Text) Recently, Xue Kaiqi was a guest on Sohu Video’s self-produced variety show “Hold it away!” “Big Star”, after participating in “Riding the Wind and Breaking the Waves”, Xue Kaiqi still maintains a super girly atmosphere as she did when she debuted. The fairy skirt in the first issue has triggered a lot of memories. In terms of female artists for several years, her super good looks are enviable, but what is even more rare is that in the show, Xue Kaiqi makes people see the other side of her strength and hard work.

As soon as she debuted, there was a hit hit song “Quie Luo Reeves Reply”, and “Premature”, which debuted on the big screen, was nominated for newcomers at major film awards. In the highly competitive Hong Kong entertainment industry, Kaiqi Xue was undoubtedly lucky. Mainland works such as “Liao Zhai” and “Girlfriends” have also achieved large and small successes. In 2011, she was nominated for the Best Actress at the Academy Awards for her film “Break Up and Say I Love You”, but for Xue Kaiqi, Vanity Fair didn’t make her really happy, and it was only in recent years that she gradually reconciled with herself.

Therefore, in “Riding the Wind and Waves”, we saw a Xue Kaiqi who almost started again. Although she is still a girly girl, she did not regard her appearance as a trump card for her competition, but showed her professionalism to the maximum extent in the show. Ability, so we saw excellent stages such as “Dream Man” and “Really Love You”. In addition, where there is her, there is joy. In the program, the interaction and friendship between Xue Kaiqi and other sisters really interprets the The meaning of riding the wind and waves.

Sohu Entertainment: You have participated in “Sister Lang” many times. Which one is your favorite stage?

Xue Kaiqi: I really can’t answer you. I think it’s hard for any sister to choose only one, it’s really hard to choose!

Xue Kaiqi: That’s ok, the first one is “Dream Man”! Because “Dream Man” is a stage for singing music, from hot pot chopsticks tossing hair, to flying feathers, when I designed it, it was not just to have something to see in the picture, but to say that every design of them There is a reason, the second one is still difficult to choose, if you really want to choose “Really Love You”! Because when I sang “Really Love You” with Sister Qiang and Sister Weiwei, what we wanted was to be more attentive, as if real sisters wanted to use songs and the lyrics in the songs to talk Some love and positive energy are also because of the program “Riding the Wind and Waves”, or I will never know Sister Qiang and Sister Weiwei in my life, and then I will invite them to sing such a warm song, especially this one When I was in Wugong, I thought it would be very touching. Because when you are in the first and second, you still want to use some tricks, and then how to act special, how to blow up the stage, but when it comes to the fifth, in fact, we only want our team to not have a sister in private. , it doesn’t matter whether we form a group or not, because every time our sister leaves, we feel very sad, so when we go to the song “Really Love You”, we really dig our hearts out and use our best Pure state sang “Really Love You”.

See also  Putin at the stage for the war on Ukraine: a show all rock, kitsch and death

Sohu Entertainment: Actually, the most impressive thing from netizens is “Dream Man”, so after the show aired, did you read the comments of netizens on the Internet? Did anything impress you?

Xue Kaiqi: I found that so many people liked the whole performance, and so many people would help us analyze why we did this piece by piece. They would analyze every shot, every look, even vertical and horizontal screens, every card Duan, I admire this very much. Maybe they studied our stage, and the second creation of these stages may take no less than our creation time.

Sohu Entertainment: So do you watch those videos researched by netizens?

Kaiqi Xue: I will read it all.

Sohu Entertainment: So you are surfing on 5G?

Sohu Entertainment: Everyone will say that you are actually a person who can stimulate the soul of the group. It feels that which group you are in, that group is particularly cohesive, so why do you think you have such a charm or energy?

Xue Kaiqi: Because I especially believe in fate, first, if you really believe it, it will come; second, if you believe it, you will also have a different attitude, trust, and energy towards that person. So when I come to “Sister”, I will tell myself that it’s okay, every song you draw is definitely your favorite song, and the sister who can be with you by your side, definitely is very interesting. I remember that when I left the first man, the second man and I was with Liu Lian. Before the song practice started, I would send her a voice at night: Don’t worry, it’s just you and me now. At that time, I was completely unfamiliar with her. I said that I just wanted to be happy. I said that if I am picky in the future (everyone tolerates each other), maybe everyone can dance better here, and sing better here. Saying that I am a very frank person, but I think having fun is the most important thing. If you don’t work so hard to perform, but you are not happy, the performance will become boring, so every time I enter a group, I have two goals: first, I must like these sisters very much, even if I am with She is not familiar with her for the time being. Second, I have to be happy. How can you be happy? You want everyone to have a home and a sense of atmosphere of a group spirit, so I will be more happy when I am in a group, but I can’t say that every group I go there, the reason for the group spirit is because of you , The group is more than one person, this is everyone’s energy, I can only say that it is my luck. 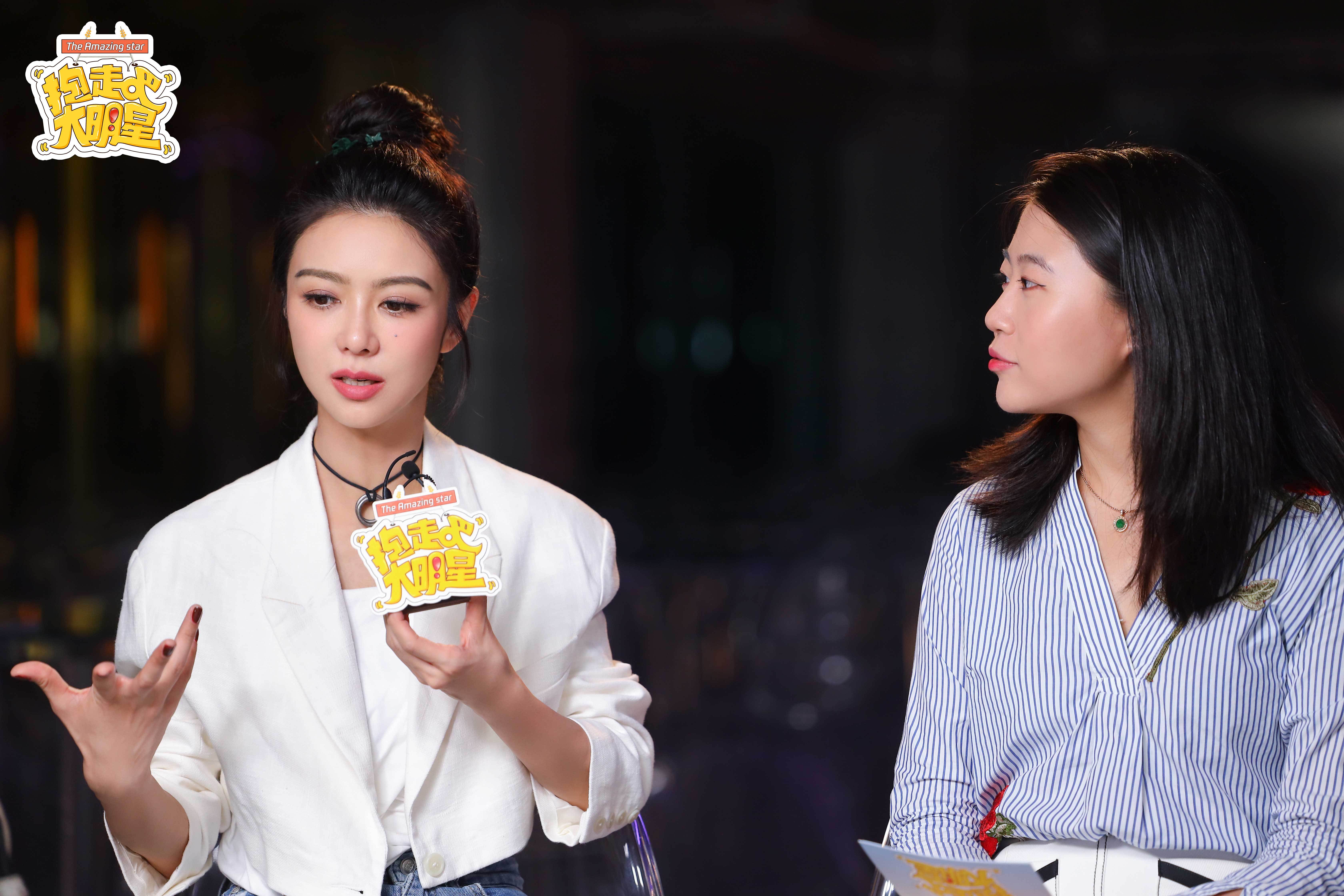 Sohu Entertainment: So being happy is the most important thing, right?

Xue Kaiqi: Yes, but it’s not easy to be happy. I used to be a very easy and unhappy person. It’s the hardest thing to try to be happy every moment. It’s harder to earn more money than you, and it’s harder to sing well. I’m also 35 years old. I slowly realized that I was my biggest teacher and my biggest enemy.

Sohu Entertainment: After participating in this show, do you have any sisters that you admire in particular?

Xue Kaiqi: Sister Weiwei, besides admiring her, she is also a surprise. She is my captain now, but before I was on her team, I thought she was cold, serious, and difficult to get along with, but she was very serious at work, optimistic and fun at the same time, and played like a “Big fool”, but she is very serious at work. I think it is the most appropriate for her to be the captain of our team. Her emotional intelligence coupled with a very sunny mentality amazes and appreciates me. Liu Lian is also It’s very special, she is also very hardworking. It happened that the song she got was “Dream Man”. She would ask me every day how to pronounce this word or this paragraph more standardly. I would make a video to teach her, every time She’ll improve immediately after teaching her the first time, so I suspect it’s her private practice every time when she’s off work and then when we get close to the show, the lights are turned off even though we only get three hours of sleep that night. Now, she is still singing to me gently, and I will also gently correct her pronunciation. She is a very cute and hardworking girl.

See also  Dapeng directed "Warm" to reveal the trailer of the patch, and joined the group to inspect Huang Bo's standard. Wang Yibo's hot boy was not afraid of challenges.

Sohu Entertainment: So you were very sad when she eliminated you?

Xue Kaiqi: Sad, the moment you watched the show was too surprising to me. At that moment, I was actually quite broken, because I had no hunch at all. Before the moment she was eliminated, I didn’t even worry about it, so I came here. This surprise will make you sad and doubled.

Sohu Entertainment: Netizens watched your show and said they fell in love with you deeply. Now life has become eating, sleeping, and Xue Kaiqi. Would you like to respond?

Xue Kaiqi: Thank you very much for your love for me, and I won’t say much nonsense. As an artist, the best thing I can repay you is that I will take my work seriously, but at the same time, I also hope that in my serious work, give Until you are happy and laugh. 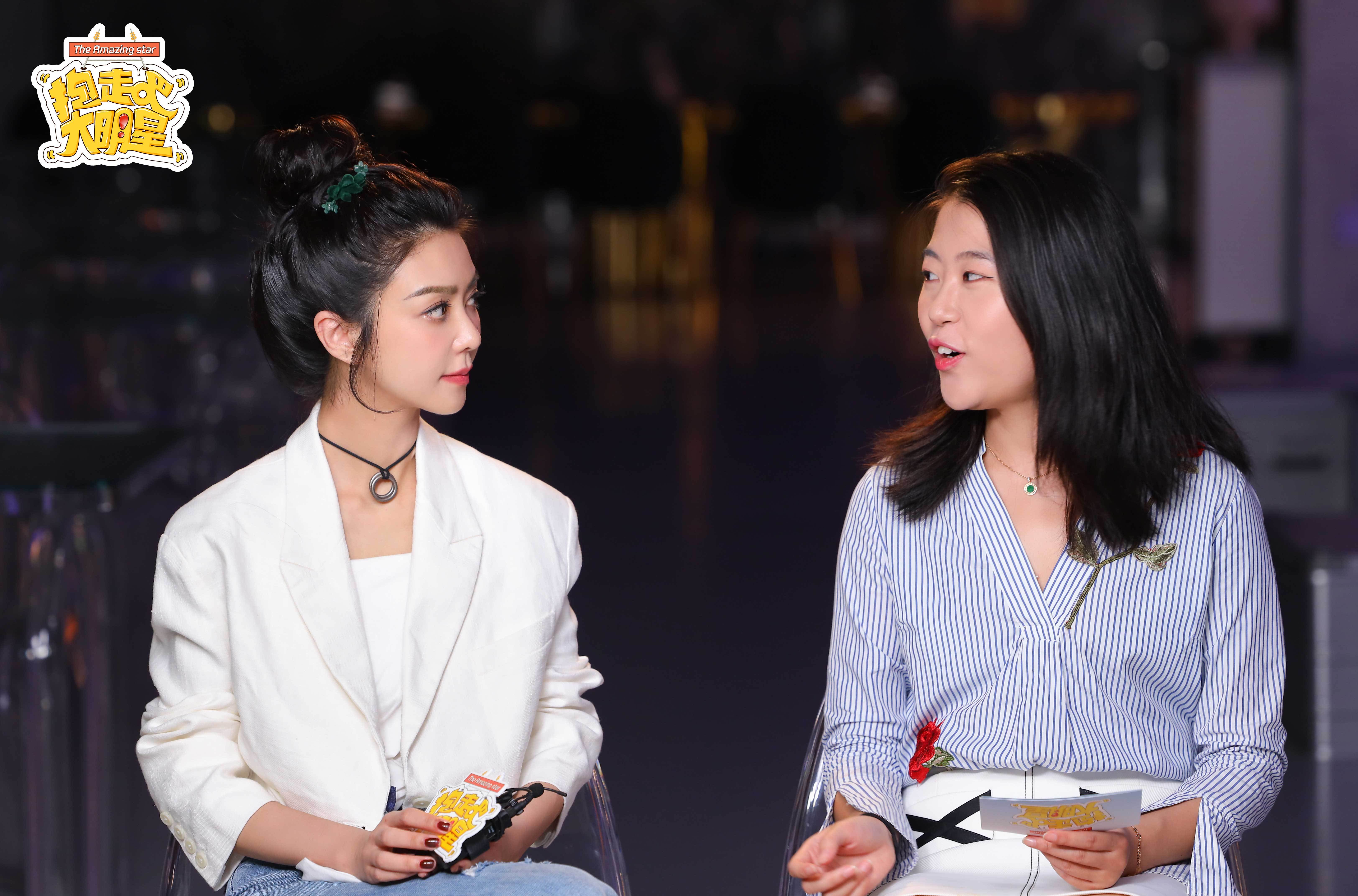 Sohu Entertainment: You often haunt your own chat, don’t you? Do you still like to go around and chat about yourself?

Xue Kaiqi: Yes, I may have only known about the existence of Chaohua in the last month, and it would be very fresh.

Sohu Entertainment: So do you watch it every day?

Xue Kaiqi: Almost, but I didn’t watch it for a long time.

Sohu Entertainment: Have you seen any interesting posts that impress you recently?

Xue Kaiqi: Actually, I have changed a lot over the years, but after all, I have been in the industry for 17 or 18 years. I have held many concerts and filmed a lot of movies. I found that fans will use a lot of your previous clips for their second creation. I edited some similar MVs, there are a lot of clips, and you edited them to give me a lot of flashbacks and flashbacks, and then I also know that you have put a lot of thought into finding these materials and editing these videos, so Every time I see it, I am amazed and moved at the same time.