The difficulty lies in the narrative point of view

Three-body fans, as long as you want, the world’s screens can flicker for you – the Netflix version of “The Three-Body Problem” first season’s first Chinese special is officially released!

It is reported that the Netflix version of “Three-Body Problem” is produced by “Game of Thrones” creators David Benioff and DB. Weiss is co-produced by Alexander Woo, the operator of the second season of “Polar Evil Spirit”. The original author Liu Cixin and English translator Liu Yukun are the consultant producers. The first season has invited a number of directors to direct, and the lineup is very strong. It is expected to be released in 2023.

The domestic version of the “Three-Body Problem” TV series is one of Tencent Video’s major production projects. It is included in the 2022 Goose Factory drama list. It is directed by Yang Lei, written by Tian Liangliang, and starring Zhang Luyi, Yu Hewei, Chen Jin, Wang Ziwen, Lin Yongjian, and Li Xiaoran. Expected to launch in 2022. 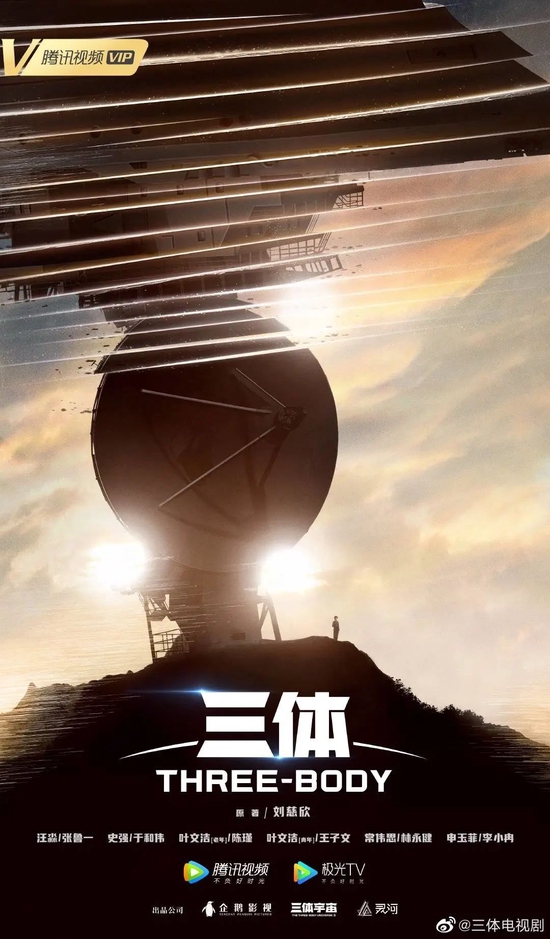 Also attracting attention is the animated version of “Three-Body Problem”, which is an animated drama jointly produced by bilibili, Three-Body Problem Universe and Yihua Kaitian. Currently, it is marked ‘coming soon’ on station B. 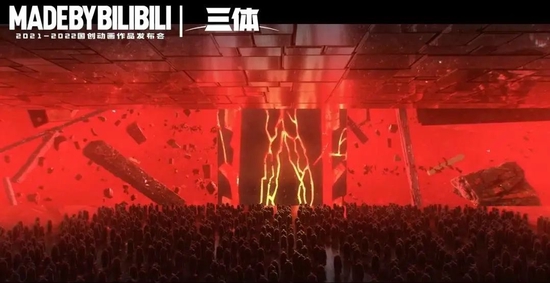 According to statistics, there are more than a dozen well-known “Three-Body Problem” film and television works, focusing on the ‘explosion’ from 2022 to 2023. In the future, three-body fans can travel back and forth between multiple film and television ‘universes’.

What’s the difference between Tencent and Netflix’s “Three-Body Problem”?

One is the domestic video platform ‘Big Brother’, and the other is the external network video platform ‘Overlord’. At the same time, they chose “Three-Body Problem” and spared no expense to build it. The broadcast time is so similar, it will naturally be compared.

The first season of The Three-Body Problem on Netflix was written by David Benioff, DB. Weiss and Alexander Woo, the first two are represented by the famous “Game of Thrones”, and the latter are represented by “Polar Ghost” and “True Blood”. The executive producers are Rian Johnson and Ram Bergman, on behalf of “Star Wars: The Last Jedi.” 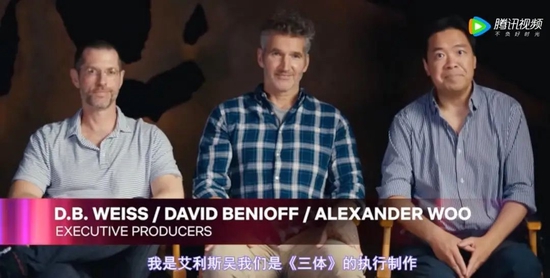 See also  Advertising on Netflix is ​​coming: is it the end of an era?

The Tencent version of “Three-Body Problem” is directed by Yang Lei and written by Tian Liangliang. Director Yang Lei has filmed many TV dramas about the era and the Anti-Japanese War, such as “Crossing the Guandong East (Part 2)”, “Military Ge Erdan”, “The Book in Troubled Times” and so on. Screenwriter Tian Liangliang’s main works include “Spicy Female Soldier”, “Hua Qiangu 2015”, “Westward Journey Love You Ten Thousand Years” and “Ultimate Notes”, and he has considerable experience in online dramas.

At present, Netflix has only released the cast list, and has not announced which roles these actors will play. Netizens who have watched the first-run special have complained that there are no Chinese in Chinese works, and that such and such actor should not play Shi Qiang, please help, etc., and they seem to be not satisfied with the casting. 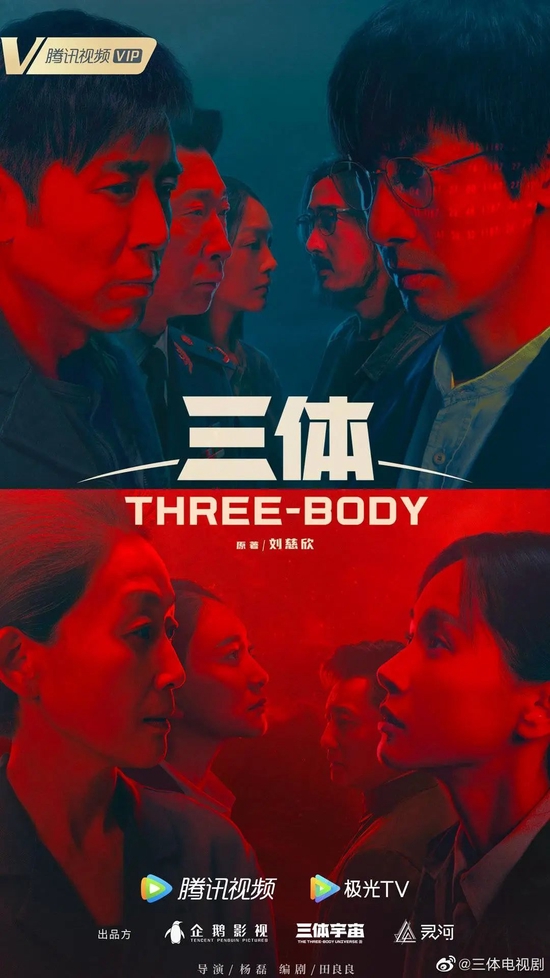 Who has the better chance

Those who have read “The Three-Body Problem” know that the “Three-Body Problem” has a grand narrative, with elements such as physical theories, social systems, natural phenomena, human psychology, games and cooperation between countries, religion, and ethnicity in an unparalleled way. The techniques are ingeniously integrated, and it is difficult to change from text to film and television.

Netflix is ​​undoubtedly superior in the dimension of visual effects.

The hit series produced by Netflix in recent years are obvious to all in terms of visual effects. “Darkness”, “Stranger Things” and “Love, Death and Robots” are all visual feasts, and the screenwriter and producer have also dominated “Game of Thrones”. And visual effects blockbusters like “Star Wars”, presumably “Three-Body Problem” can also deliver a satisfactory visual answer. 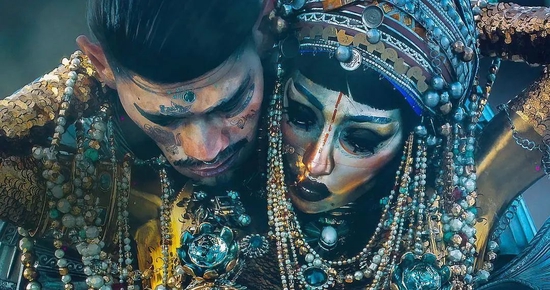 In terms of casting, Tencent Netflix has its own characteristics.

Many people are not very satisfied with the actors of the Netflix version of “The Three-Body Problem”, thinking that under the dual influence of political correctness and cultural diversity, many white and black actors play the protagonists very abruptly, with a vague sense of bad premonition, worrying about ‘good one’. The “Three-Body Problem” was changed into a popcorn film and television work in which the protagonist group fraternity saves the world, and private goods are constantly entrained in the middle.

See also  Over two million bikes and e-bike boom: this is how Italians move around

The actors of the domestic version of “Three-Body Problem” are all powerful actors, and the discussion on the Internet mainly focuses on the actor Wang Ziwen who plays the young Ye Wenjie. 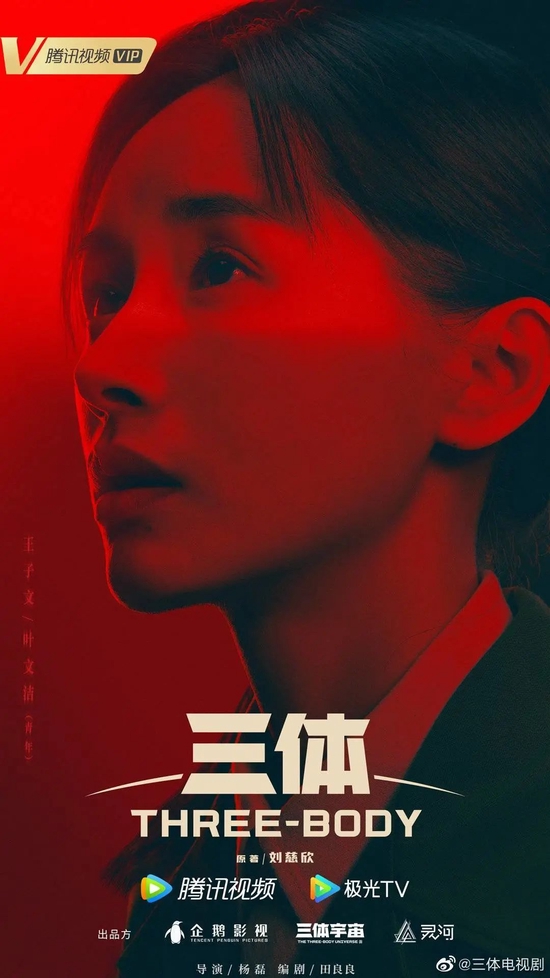 The first time I saw the news that Wang Ziwen was playing Ye Wenjie, the first thing that came to my mind was that she was so angry in “Ode to Joy”, she rolled her eyes and blew her bangs, and then said in a sharp and charming voice, ‘My mother’ Ya’, I immediately thought of the Princess Changping she played in “Qing Ya Ji”. The crying scene of saying goodbye to her lover in a fantasy world once made many people give thumbs up, and they couldn’t see the shadow of Qu Xiaoxiao at all. It’s not a big problem, maybe there will be surprises.

As for the director, the first episode of the first season of Netflix’s “Three-Body Problem” is directed by director Zeng Guoxiang, and other episodes may be filmed by other directors. Under the “rule” of the screenwriter of Game of Thrones, the director will create more than execute or execute more than creation. Let’s wait until the movie is finished to find out. 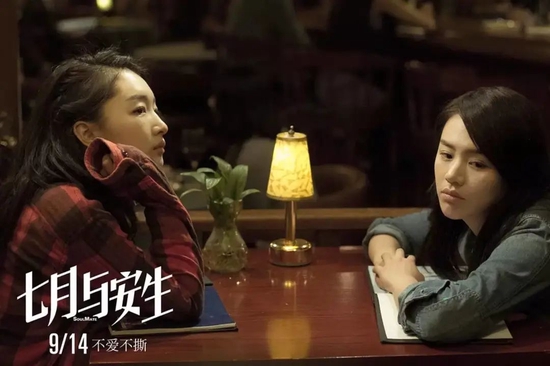 One of Zeng Guoxiang’s representative works “July and Ansheng”

The director and director Yang Lei of the Tencent version of “Three-Body Problem” used to mainly shoot period dramas, and the screenwriter Tian Liangliang used to mainly do online dramas. The era and sense of suspense of the first part of “Three-Body Problem” are indeed quite consistent with the style of the director and screenwriter’s previous works. On the one hand, the style is too heavy, which weakens the integrity of the work.

The biggest difficulty lies in the ‘narrative perspective’

in my opinion,On the basis of the online visual level, the primary difficulty in the filming of “The Three-Body Problem” lies in the ‘narrative perspective’writers, directors and actors are secondary.

This year, a friend enthusiastically recommended “Dune” to me and took me to watch it for a while. While I was shocked by the visual effects of “Dune”, I felt that every frame could be taken as a screenshot of the computer desktop, while I was indifferent to the core elements of “Dune” , looked drowsy.

Colonialism, personal heroism, wrangling system, aristocratic blood theory, drug abuse hints, political correctness and other elements are superimposed, and the exquisite visual effects can hardly conceal the taste of old wine in new bottles. These elements have been used in European and American film and television works in recent years. It can be said that the Chinese are flooded, and the original work of “Three-Body Problem” really expresses the resistance to aggression and colonization, thinking about the relationship between collective survival and individual sacrifice, the flogging and criticism of hypocritical kindness, and the rational awe of civilization and life, etc. Wait.

At the same time, I also take a wait-and-see attitude towards the Tencent version of “Three-Body Problem”, also because of the ‘narrative perspective’.

The original work of “Three-Body Problem” has not only untouchable taboos, but also in-depth discussion and criticism of many issues. In the current environment, the narrative perspective must meet the needs of reality, focusing on showing the objective correctness of the collective, ignoring the individual motivation. The causes and the individual’s influence on the historical process, coupled with the requirements of investors in terms of various traffic, gimmicks and revenue and financial reports, may greatly reduce the charm of “Three-Body Problem”.

If the “Three-Body Problem” film and television works only have visual effects gimmicks, maybe Da Liu will sigh while sitting in front of the computer that fills the hole: ‘Black, it’s fucking black. ‘

Magical! Create an everyday miracle with an orange candy.

Just now, mankind completed the first ever planetary defense mission! “Walking on the Moon” is going to come true.