China News Service, Beijing, October 25 (Reporter Ying Ni) The 8th Wuzhen Theatre Festival closed on the evening of the 24th. This is the first time since the festival was held in 2013 without the participation of an international theatre group. 23 performances with a total of 64 specially invited repertoires, 18 groups with a total of 60 youth competition performances were staged in more than ten theaters in Xizha, Wuzhen, more than 2,000 ancient town carnival performances, 10 small town dialogues, 5 drama workshops, Ten reading sessions and a nine-day drama market filled this gap.

In the context of the new crown pneumonia epidemic affecting the world, not only was it suspended for a year, but this year’s Wuzhen Theater Festival failed to invite foreign theater troupes to participate in live performances. But for Lai Shengchuan, one of the founders of the festival and permanent director, this is a rare opportunity for self-examination. “The most important thing is to look back at ourselves, our works are not up to international standards. On the contrary, purely domestic dramas are an opportunity to examine the development of domestic dramas over the years.”

“Now this lineup is very proud of myself. From the opening drama “Red and Black” directed by Meng Jinghui to the closing “It Was Like Once”. I watched “Red and Black” and I also know my own works. These two works Any drama festival in the world can be placed in a prominent position.”

Meng Jinghui, one of the initiators of the Wuzhen Theatre Festival and the artistic director, said bluntly that although there are no international works, it is not necessarily without internationality. All the three generations of domestic dramatists gather here and show their energy here, which is really impressive.

The eighth Wuzhen Drama Festival has made this town with a history of 1,300 years a paradise for theater industry and fans: practitioners come here to share experiences, exchange ideas and exchanges; theater fans are here to find fellow fans. , Go forward hand in hand; ordinary audiences face beautiful encounters in the Jiangnan water town, opening up the fate of drama…

Therefore, during the annual drama festival, drama fans from all over the country will come as promised. Less than a week after the ticket was issued, more than 25,000 tickets for specially invited dramas were all sold out. The fastest single drama sold out in only 8.4 seconds, and the number of participants who bought tickets online was 356,000…

The youth competition of the 8th Wuzhen Drama Festival uses the three elements of “tree, bread, and past” to create propositions. 571 works spanned 13 provinces and cities and covered 18 cities. In the end, 18 groups of works were successfully shortlisted and won the opportunity to compete in Bengwan Theater. Beginning on October 16th, the competition for this year’s youth performances officially began fierce competition. After 3 rounds of performances, “Everything Starts from the Waves”, “E-cigarette Ash”, “White Rhino Incident”, “Princess and Death”, “Sinking”, and “Take the Breath of Life” “Stay” 6 groups of works entered the finals.

On the evening of the 24th, after final and careful selection, “Everything Starts with the Waves” won the “Best Individual Performance Award” in the town award. This year’s Wuzhen Drama Festival Youth Competition Award-Small Town Award “Best Drama Award” was jointly won by “Electronic Cigarette Ash” and “Princess and Death”.

According to statistics, since the eighth drama festival, the youth competition unit has attracted the attention of hundreds of thousands of young drama talents. More than 8,000 people have registered and received a total of more than 2,500 entries. In the end, 124 young works have been successfully selected. Whether it is Chen Minghao, Wu Bi, Ding Yiteng, Liu Tianqi, etc., quite a few of the winners have become the vanguard of the Chinese theater stage.

In the eyes of screenwriter Shi Hang, Wuzhen Theatre Festival is not a flowerbed, but a botanical garden.

Just like the theme of this year’s Wuzhen Drama Festival “Mao”-the shoots of new life, it represents the vitality. Generations of young dramatists have contributed to Chinese dramas with their lush vitality. 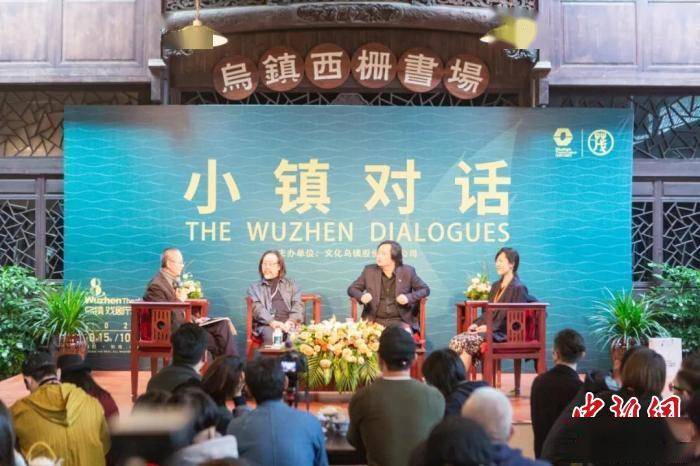 If you say what are the hardest movie tickets to grab this year? The plays in “Drama New Life” must be on the list. In the variety show Liu Xiaoye, Wu Bi, Liu Xiaoyi, Zhao Xiaosu, Ding Yiteng, Liu Tianqi and other six drama actors returned to Wuzhen, bringing “Brazil”, “The Story of the Chicken Farm”, “Heart”, “Reflection” and “About Planet 23”. Perform word-of-mouth plays. The break from the variety show is obvious. The six actors were surrounded by fans when they came out and asked for a group photo and autograph. 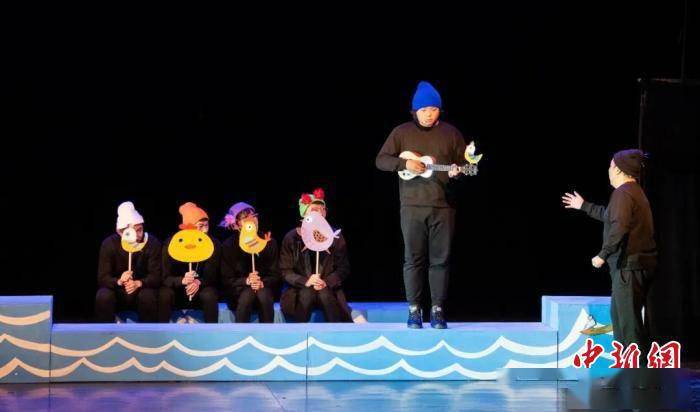 “Doesn’t it feel embarrassing if variety shows don’t do more serious things?” Huang Lei said, he is the initiator of this variety show.

“The audience can enter the theater after watching “Drama New Life”, and we can also use the drama to give back to the audience. This is two-way. I think letting everyone enter the theater and get the satisfaction of watching the drama is the biggest thing in “Drama New Life”. The role of performance. It does not matter where we act, what is important is that the program drives the environment of the drama a step forward.” Liu Xiaoyi said.

Liu Xiaoye felt deeply about this, “We have been performing, and the deepest feeling is that we have toured many cities. Some cities have very few theaters and few performances. And “The New Life of Drama” has brought more people into the theater. It also allows friends in cities without theaters to see drama. I think it’s more meaningful. Children and young people there need to see these dramas and our creative methods through this medium. Nowadays, science and technology have been highly developed. It is a very good means of communication, and what we do is also the work of communication, so why not make full use of the TV media or the Internet?”

In fact, this year’s drama festival has launched a new form of “online live broadcast” throughout the whole process. Audiences who cannot come to the scene can directly hit the youth competition scene through online live broadcast, and experience the fun of watching the drama with the actors and audience. 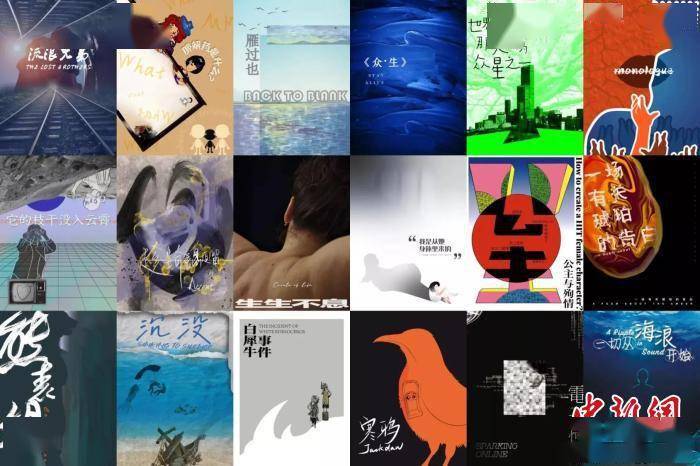 The ancient town carnival is full of eclectic drama and fun

Streets and lanes, terraces and riversides, combining contemporary avant-garde performing arts and diversified folk culture in the same space with Wuzhen’s unique humanistic charm, filling every corner outside Wuzhen Theater, including impromptu comedy, opera, installation art, and multimedia , Traditional ethnic Yangko, puppet drama, virtual performance, juggling magic, physical drama, experimental poetry, music and dance short drama, etc. Among them, the Department of Public Space Art of the School of Sculpture and Public Art of the China Academy of Art built a large-scale three-dimensional art installation on the main river of the Xizha Scenic Area to awaken people’s thinking with the change of light; Jielu Opera Club performed immersive Kunqu opera and faced traditional art directly The problem of innovation; the impromptu hot pot troupe interacts with the audience on the street and performs impromptu performances, leaving the audience with the exclusive memory of Wuzhen…

The Drama Fair is a special planning section of the 8th Wuzhen Drama Festival. This is a wonderful art gathering: experience the battle carnival of the “God of Music” and the “God of Bacchus” in the “Yeyou God Music Scene”; in the “HELLO Wuzhen Trend Art” In the exhibition, get close to the leisure and affection in the heart; watch the “Various Gate of Perception” to break the human perception restricted by physics; the “space montage” in the practice space and structure a new narrative, opening up infinite possibilities for reality; sitting in the Xizha Scenic Area Cruise on the boat, watch “Fu Boat-Wuzhen Water System Screening”, and feel the scene of contemporary art; “Introduction to the Mirror Play Like a Play·A ​​Hundred Drama Masters Dialogue Exhibition” pays tribute to the classics of one hundred masters, using drama language, between the mirror image and the reality, Shows one play, one division and one style; “Introduction to the Mirror Opera is Like a Dream· Breathing Movie Watching Device” breaks professional barriers and wanders in a free art space; in the “Peach Factory Screening Hall”, the audience feels the infinite charm of classic movies , Immerse the soul, feel the charm of light and shadow…

In Wuzhen, drama happens anytime and anywhere. (over)Return to Sohu to see more

The second season of ‘Squid Game’ may not...

It was revealed that Rihanna had successfully got...

The hit drama “Gate of Rebirth” ends with...

Italy with all camper vans, the new summer...

Zhan Wenting was nominated for 4 awards at...

#Ontheroad Mustang Mach-E, freedom of choice. Together with...

The 4 zodiac signs that have a series...