In accordance with the requirements of epidemic prevention and control, combined with innovative communication methods, this Beijing Opera Art Festival combines online and offline performances, making full use of live broadcast and video platforms to widely disseminate the excellent traditional Chinese culture represented by Peking Opera. Participating works, Shengdan, clean ugliness, are exciting, singing, thinking, doing and highlighting frequently, actors are both civil and military, and the repertoire is diverse, showing the new vitality of traditional Peking opera in the new era, and composing a new chapter of a new generation of Peking opera people’s integrity and innovation.

This year marks the 100th anniversary of the founding of the Communist Party of China and also the first year of the “14th Five-Year Plan”. This year’s Peking Opera Art Festival launched a batch of modern drama creation achievements of Acura Party, Acura Motherland, Acura People, and Acura Heroes. Created with revolutionary historical themes and realistic themes, it concentrated on displaying the latest achievements of Peking opera workers in recording the new era, writing the new era, and singing the new era.

“This year marks the 100th anniversary of the founding of the Communist Party of China. A batch of mortal heroes, pioneers of the times, and stalwart members of the Communist Party of China have emerged during the centuries Watching real life with feelings, dispersing darkness with light, defeating ugliness with beauty, and letting people see beauty, hope, and dreams are ahead.’ This time the performance of the show follows this creative principle and gives full play to the artistic creation. Be proactive and create a series of works that pay tribute to heroes.” Li Zhiyuan, a researcher at the Chinese Academy of Art Institute of Traditional Chinese Opera, believes that these works are forged through ingenuity, and the heroes created by these works are no longer flat characters of Gao Daquan, but full of emotions. Ordinary people with pyrotechnics have become heroes of the times by showing their will, determination, and actions different from ordinary people. Because they love the people more, they chose to walk on the road of no regrets to fight for the people. “It can be seen that this series of works is not only a tribute to the hero, but also an eulogy to human nature, allowing the audience to truly feel the hero’s ordinary and amiable and admirable, and then express their sincere admiration to the Communist Party of China from the bottom of their hearts. Love gives birth to the inner passion of fighting for the country and the people.” Li Zhiyuan said.

The simultaneous development of modern dramas, traditional dramas and newly-written historical dramas is a long-term creative and performance method of traditional operas that the majority of literary and artistic workers have insisted on. In addition to the 25 newly created modern operas in recent years, the repertoires launched in this Beijing Opera Festival include newly written historical operas, rearrangement and adaptation of traditional operas, and outstanding traditional operas of Peking opera, Hui opera, Han opera, and Wu opera. These works focus on the main body of art and grasp. The pulse of the times reflects the spirit of the opera policy of “vigorously develop modern operas, actively organize and adapt excellent traditional repertoires, and advocate the use of historical materialism to create new historical repertoires.” And the efforts made to promote the creative transformation and innovative development of Chinese excellent traditional culture. 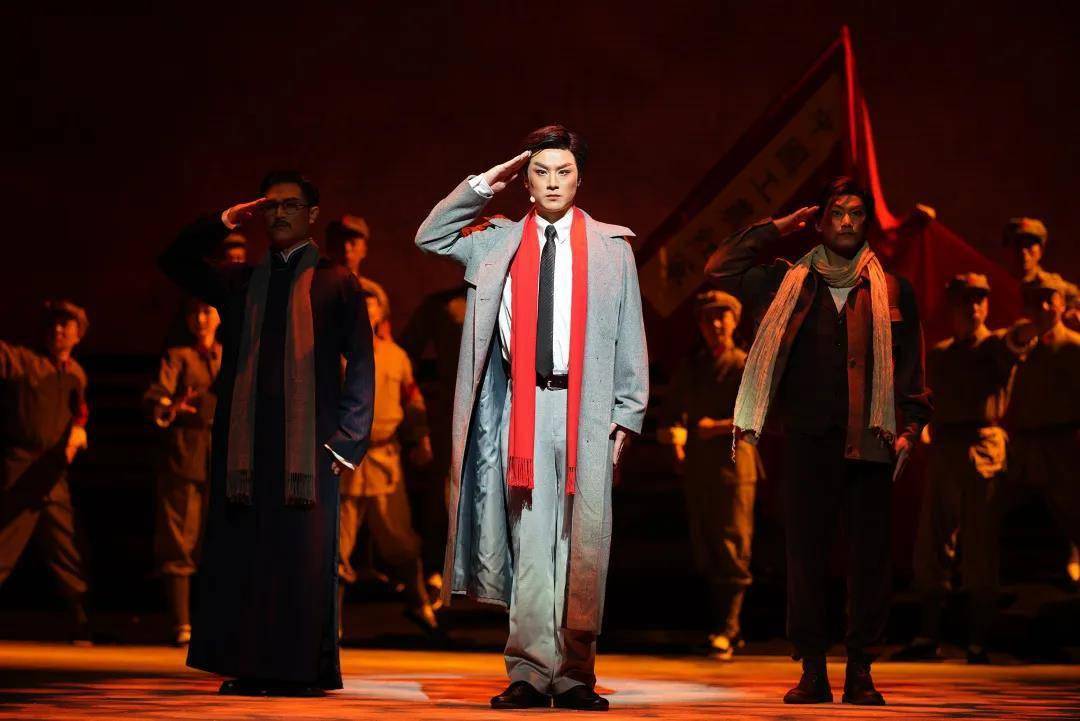 “From the participating works, we can see the style shaping of Peking opera from multiple artistic perspectives. This is an important presentation that the artistic level of Peking opera can represent the basic height of the creation of opera. In particular, the more prominent personalities of these directors, screenwriters, and composers are for Peking opera. The creation of the repertoire brings a diversified artistic outlook.” For example, Wang Kui, director of the Chinese Opera Research Institute, the Chinese Academy of Arts, the “Mother” directed by Huang Dingshan, uses modern stage art such as musicals to set off the singing and performing performances of Peking opera. In the life state of the artistic image, the revolutionary cultural personality on which the subject matter is supported is also publicized; the “Flower Man and a Bowl of Spring” directed by Zhang Manjun uses a modern drama creation technique with a director’s personality to combine the life-like body rhythm with the Peking Opera tradition The program is integrated and provides a new artistic principle for the creation of modern Peking opera; while the “Red Agent” directed by Lu Ang uses the light, film and television listening effects in modern theater art to enhance the thrills focused on the subject matter, and gives the psychological game between the characters. Unique artistic rhythm. “The artistic experience and individual pursuit of these creators have become an important guarantee for Peking Opera to break through the inherent means of expression.” Wang Kui said.

In addition to the successful use of new methods and technologies in newly created plays, the creators also have new ideas in the arrangement and adaptation of traditional excerpts. The new traditional Peking opera drama “Qianqiu Zhonglie” launched by the Shaanxi Peking Opera Theatre is based on the traditional old dramas “Lu’anzhou”, “Eight Hammers” and “Broken Arm Storytelling”. The play is based on the historical background of the battle between the Song and Jin Dynasties, with Lu Deng and his son Lu Wenlong as the main line of the Luanzhou Festival of the Song Dynasty. Li Xiaoju, an associate researcher at the Institute of Chinese Opera of the Chinese Academy of Arts, believes that “A Thousand Years of Loyalty” not only fully retains the excitement of the opera, but also fully tells the story of Lu and his son, giving the audience a more comprehensive understanding of the repertoire. This is a traditional opera. The contemporary arrangement and adaptation set a model. It is worth mentioning that Zhang Qiang, the artistic director of the Peking Opera of Shaanxi Province and a national first-class actor, played three roles in the play, spanning the three professions of Wu Laosheng, Wu Xiaosheng and Laosheng, demonstrating his superb performance level and shaping. The ability of character image.

Young and middle-aged talents are maturing

In history, the most praised Peking Opera is the outstanding artistic talents represented by “Jiaoer” and their representative works. The prosperity of Peking Opera is most prominently embodied in the classics realized by “Jiaoer” under the collective collaboration created by the team. Achievements. This year’s Peking Opera Art Festival, young talents are presented as a whole, and young leading talents are gradually becoming mature. A group of young and middle-aged actors have provoked the pillars, showing the gratifying scene of Peking Opera art that has been passed down from generation to generation. 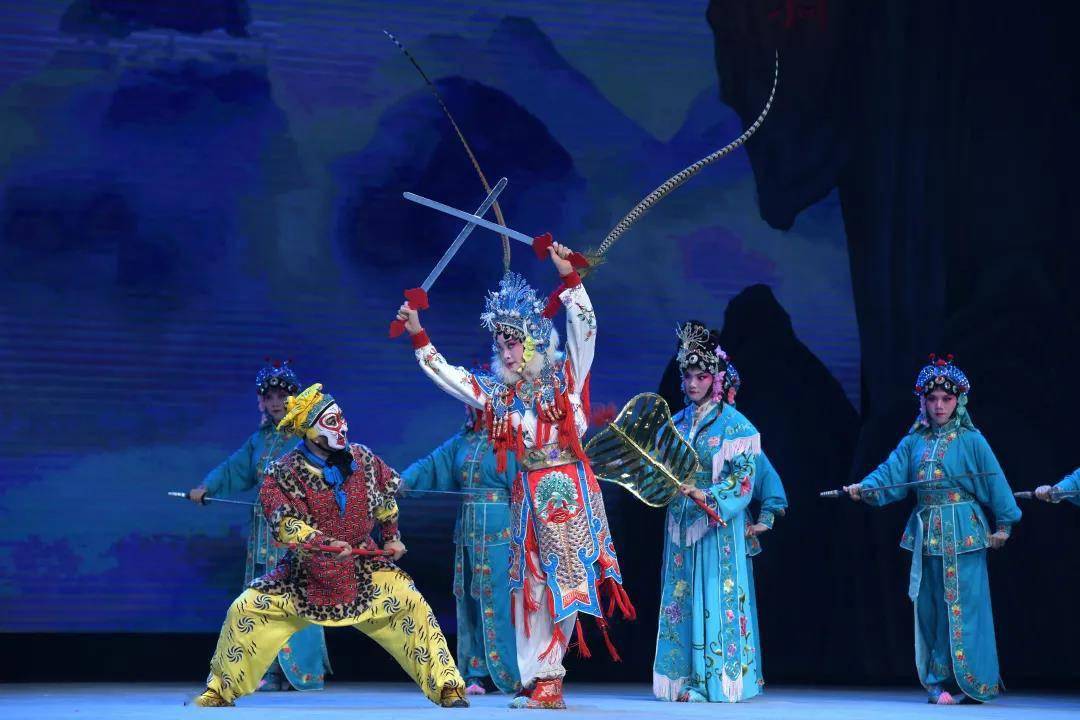 “At this Peking Opera Festival, in addition to the nationally renowned Peking opera artists Wang Ping, Zhang Ke, Wang Rongrong, Yuan Huiqin, etc., who are still active in the forefront of creation, and continue to play the role of masters and demonstrations in their performances, young performing artists have already Play a unique role on the Peking Opera stage, and even the new creations of the National Peking Opera Theater, Beijing Peking Opera Theater, Shanghai Peking Opera Theater and other theaters are almost all performed by young actors. “Feng Hua Zhengmao”, “Li Dazhao”, “Xu Yunfeng”, “Red Agent”, “Monkey King Three Loans” “Plantain Fan” and other works show a very vigorous stage look due to the young performance team. In particular, the outstanding young and middle-aged talents have been nurtured by many traditional repertoires and have shown stability and satisfaction in many new creations. Full of tension and creativity.” Wang Kui said, in a large number of modern themes, based on the use of traditional techniques of Peking opera by young and middle-aged talents, and the enhancement of their images of modern characters and modern life, the works thus present a good artistic appearance. .

In addition to the effectiveness of the actor echelon building, the crisis of Peking opera creative talents has also been alleviated. “At the Fifth China Peking Opera Festival held more than 10 years ago, a director directed 10 of 37 plays, and two Peking opera composers took over nearly half of the production of the Peking Opera Festival. This phenomenon really makes People are worried. Peking opera creative talents, especially directors and composers, do have a process of training, but we must not give up the use and training of young creative talents in order to ensure the success rate of creation, and do things that are exhausted. This Beijing Opera Art Festival In terms of creative talents, there has been a big improvement. In more than 30 works, many unknown composers, especially young people, have appeared. I think this is a very gratifying phenomenon.” Dean Yin Xiaodong said.

(The pictures in the article are provided by the interviewee) 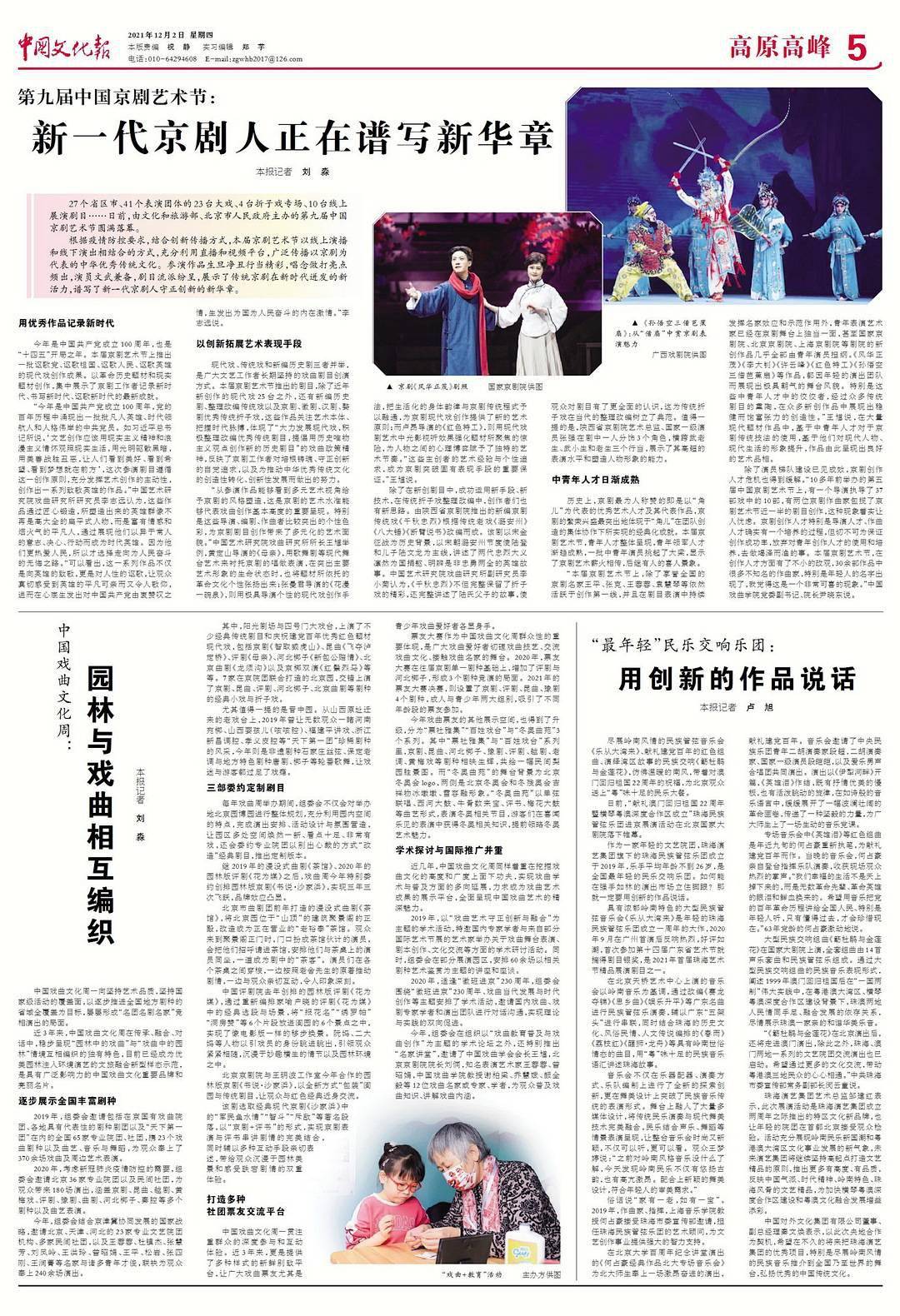 Monet records: his view of Venice sold at...

Zegna aims for 2 billion in revenues within...

A number of singers shortlisted for the Golden...