1905 Movie NewsThe first-choice family carnival animated film “Cute Chicken Squad: Meng Breaks into the New World” is being shown nationwide. Countless parents and children have gone to the cinema together and experienced a joyous adventure with the Meng chicken family. The film’s box office has now exceeded 29 million and continues to climb. The film has a score of 9.1 on Tao Piao Piao and 8.9 on Maoyan. It has won unanimous praise from children and adults, and its performance is better than many similar works in the family animation genre.

The film released a new clip of “Reunion After Adventure”, which made the audience shout and move. The warm reunion of Mama Meijia and Baby Chicken after their first urban adventure was heart-warming and healing. 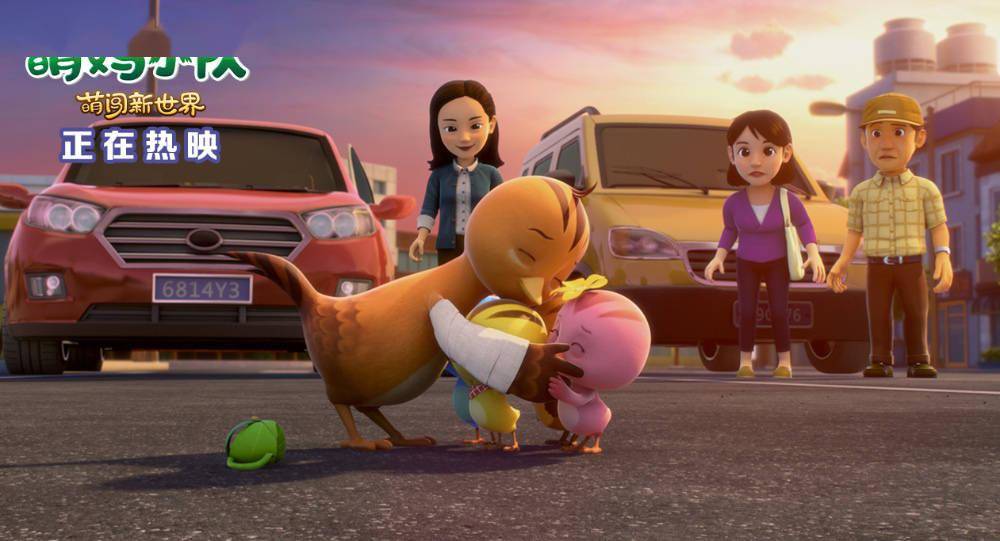 “Chicken Squad: Adorable Breaking into the New World” is derived from the gold-medal animation “Chicken Squad” with a playback volume of over 20 billion. Since its launch in 2017, “Cute Chicken Squad” has been liked by countless children and recognized by hundreds of millions of parents with its bright and colorful images of cute chickens, novel and cute drawings of cute objects, and adventures and childlike forest life stories. As the first big-screen work of “Chicken Squad”, the big movie “Chicken Squad: The New World” is highly anticipated by parents and children. After the film was released, many parents and children went to the cinema together to join the Mengji family’s first urban adventure, and they all gave their thumbs up after watching it. At present, the film has a Tao Piao Piao score of 9.1 and a Maoyan score of 8.9. 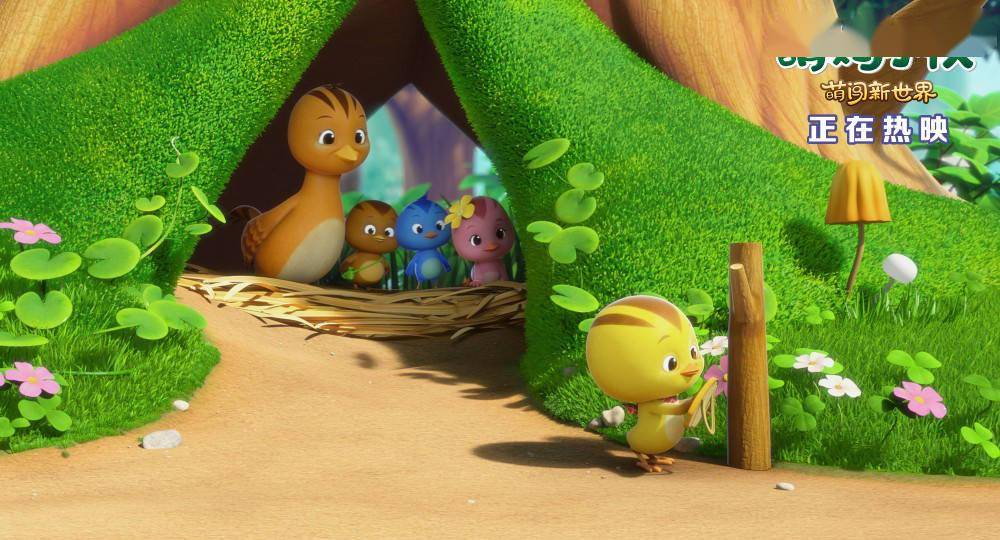 “Cute Chicken Squad: Meng Breaks into the New World” tells the story of cute chicken mother Mei Jia and her four cute chicken babies, Daewoo, Duoduo, Huanhuan, and Maiqi, moving across the city to a new home. Along the way, they meet new friends and embark on a joyful and situation-filled adventure. After watching the movie with their children, some parents said that the baby in the family grew up watching the animation of “Cute Chicken Squad”, and the big movie “Cute Chicken Squad” was the first movie the child watched in the cinema, “the child watched the whole process. very serious.” 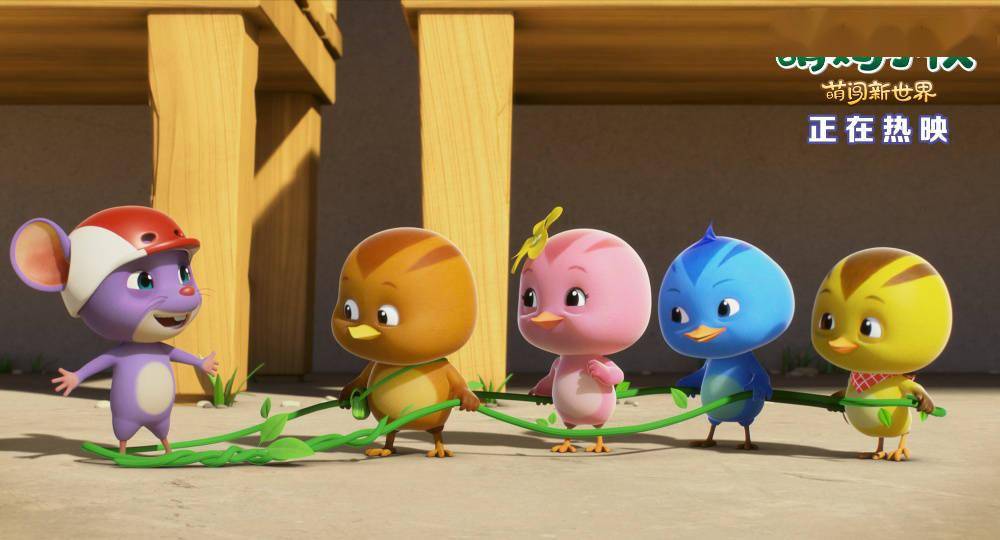 The story of the film is simple and easy to understand, and the plot is easy. Many children enjoyed watching the whole scene. Some parents said that they were also attracted by the interesting plot and were about to become cute. The new adventure of the cute chicken family not only brought new growth to the little cute chickens, but also allowed the children and adults in the cinema to spend a happy time together. 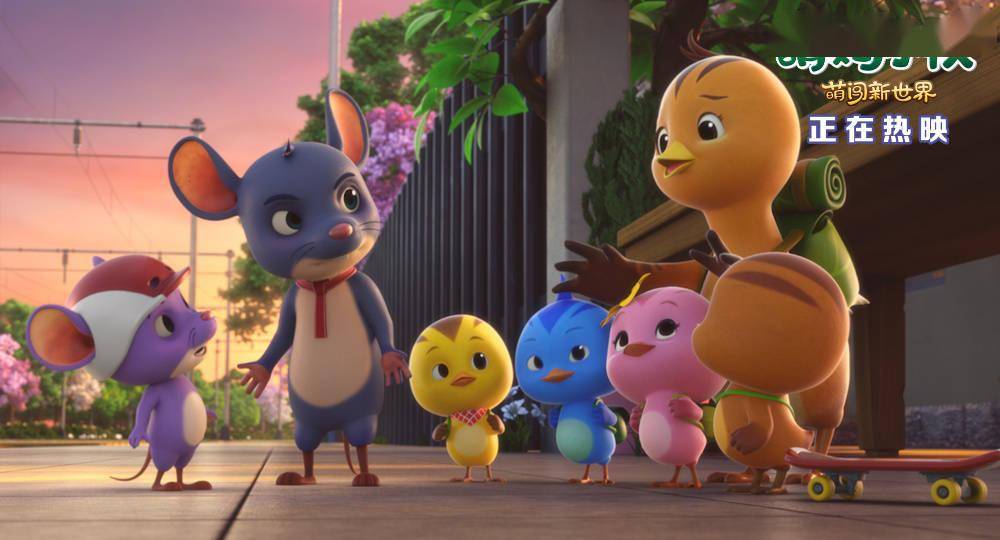 The film has released a new clip of “Reunion After Adventure”. In the clip, when the theme song “Call My Name” sounded, Meijia’s mother and cute chicken baby, who had been through hardships, were finally reunited. The injured mother Meijia tried her best to hold the four cute chicken babies in her arms to save them from harm. And the cute chicken babies who were finally reunited with their mother hugged Meijia’s mother and said loudly “Mom, I miss you so much” and “We have to be together forever”! The Spring Festival is approaching, it is the time when every Chinese look forward to reuniting with their families. The warm scene of the reunion of the cute chicken family in the film not only deeply touched the children in the film, but also moved the audience in the movie theater. 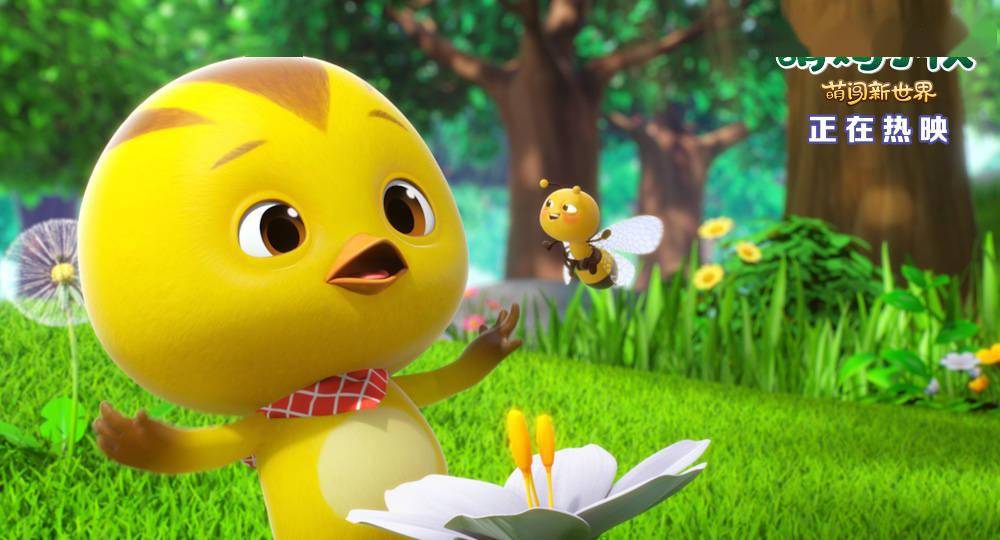 Some parents mentioned in the comments that their children saw empathy, and when they saw the reunion of Meijia’s mother and the cute chicken baby, they were directly moved to cry; some parents said that they were also driven by Meijia’s mother and the cute chicken baby in both directions. The family has been cured; some parents think that the film is very educational for their children, entertaining and entertaining, and they have also learned a lot of parent-child education methods from Meijia’s mother. At present, the big movie “Chicken Squad” is being shown nationwide.Return to Sohu, see more

AFC interview with Shui Qingxia: The Chinese women’s football team is strong and hopes that more players will study abroad_Competition_Asia_League