Home Entertainment The film “Zhang Zhidong” box office was only 90 yuan on the first day of release, and the director made a voice to ask for the film-movie-cnBeta.COM
Entertainment

The film “Zhang Zhidong” box office was only 90 yuan on the first day of release, and the director made a voice to ask for the film-movie-cnBeta.COM

Less than half a month has passed in 2022, and the worst movie has already appeared. The box office of the movie “Zhang Zhidong” was only 90 yuan on the first day of its release, and only 2 people watched it. Give more slices. On January 7, 2022, the movie “Zhang Zhidong” was released. However, the box office was bleak after its release, which attracted the attention of netizens.

Only 2 people watched it on the first day of the release, the box office was 90 yuan, and the cumulative box office for 6 days was only 2,109 yuan.Dubbed the “2022 movie box office tragedy”, some netizens joked that “the theater doesn’t even have enough electricity bills” and “the salaries for the group performances are not enough.”

“The box office of “Changjin Lake” has exceeded 5.7 billion, and even the box office of the movie is calculated in yuan!” After the release of the film “Zhang Zhidong”, the film schedule was bleak, which attracted the attention of netizens. One of the netizens’ comments was particularly eye-catching. .

Director San Chou said in an interview,Due to the insufficient commercial value of the film, it has caused difficulties in the release and arrangement of the film. He deeply regrets that he appeals to everyone to pay attention to the film together. According to public information, the film “Zhang Zhidong” was consulted by Wang Meng and Zhang Houcan, Zhang Zhidong’s granddaughter, attracting Liu Changchun, who has performed brilliantly in “Railway Guerrilla”, “Beautiful Shuangjiao” and “Swallow Li San”, to play Zhang Zhi Dong, it is worth mentioning that he once participated in the 1996 version of the TV series “Governor Zhang Zhidong”.

In addition, a group of familiar actors such as Shi Ke and Gao Yuqing joined the film. 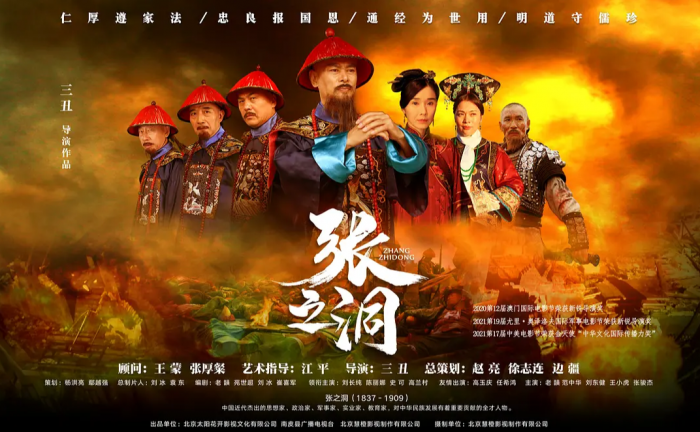 Is there a burnout period after 8 years...