Adapted from the novel of the same name by Lu Xun Literary Award winner Teng Xiaolan, directed by Teng Huatao, starring Hai Qing, Tong Yao, Zhang Songwen (in alphabetical order by surname), and Feng Shaofeng’s special guest starring contemporary family emotional drama “Home of the Heart” ushered in on April 4th season finale. The popularity of iQIYI exceeded 9,000, ranking first on Dragon TV and Zhejiang Satellite TV. As the final work of Tencent Pictures and China Literature’s “The Melody of the Times Trilogy”, “Home of the Heart” has always touched the audience’s heartstrings with its full and three-dimensional characters and a strong resonant plot, and continued to arouse heated discussions.

“House of the Heart” and “The World“, which has set a new high-rated TV series on CCTV in the past eight years, as well as “1921,” the previous “key film celebrating the 100th anniversary of the founding of the Communist Party”, together form the “Time Melody Trilogy”. Three works have been launched one after another, telling three era propositions from three time dimensions, which together constitute different aspects of the Chinese story.

The plot of the finale will revolve around the latest story of the four generations of the Shanghai Gu family. Feng Xiaoqin (played by Hai Qing) has a booming nursing home business, but unexpectedly ushered in the second spring of love; However, the finale of “Home of the Heart” did not give a “conventional” happy ending, but pointed the camera to the growth of the Gu family members through the continuous gains and losses, expressing that family and blood ties are still the only one Unchanged center of gravity. The finale of “Home of the Heart” is not only a stop for the audience, but also the warm theme of “Heart” through the field of “home”. As Cheng Wu, the producer of “Xinju”, vice president of Tencent Group and CEO of China Literature Group, said: “The characters in “Xinju” represent all kinds of ordinary people in ordinary life, and everyone is working hard in the metropolis. These ordinary lives contain people’s desire to pursue happiness, which is what we hope to pass on to the audience.” 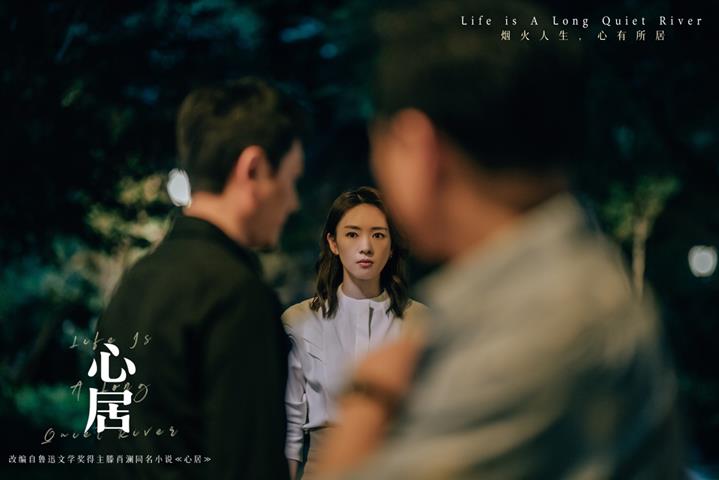 Feng Xiaoqin realizes that she is in love with Zhan Xiang (played by Zhang Songwen), and after countless twists and turns, she finally chooses to quit. Feng Xiaoqin led Zhanxiang to build a “not too late” nursing home. Feng Xiaoqin’s love life seems to have the hope of ushering in the second spring. However, in the face of the enthusiastic pursuit of the rich second-generation Xiaoding and the luxurious wedding room he placed, Feng Xiaoqin resolutely gave up. Engagement because she fell in love with Zhanxiang. Feng Xiaoqin saw the shining points of Zhanxiang in countless days and nights of cooperation with Zhanxiang. She has never felt that Zhanxiang is worthy of love like now. Just when Feng Xiaoqin decided to confess, Zhan Xiang got a spare tire promotion opportunity because of Gu Qingyu’s divorce. After pursuing Gu Qingyu for ten years, Zhan Xiang finally stood in the position of his dream boyfriend and prospective son-in-law. Seeing that the person she likes is happy, Feng Xiaoqin fulfills each other with silence. And Gu Qingyu also realized after the loss of his marriage that the only thing in the world is love, which cannot be exchanged by hard work. Tragedy is the normal state of life, but it also makes most of life vivid and exciting. Gu Qingyu’s decision to accept Zhan Xiang was not only to completely let go of his obsession with his first love for the boy in white, but also to reach a reconciliation with himself and laugh at his imperfect life. 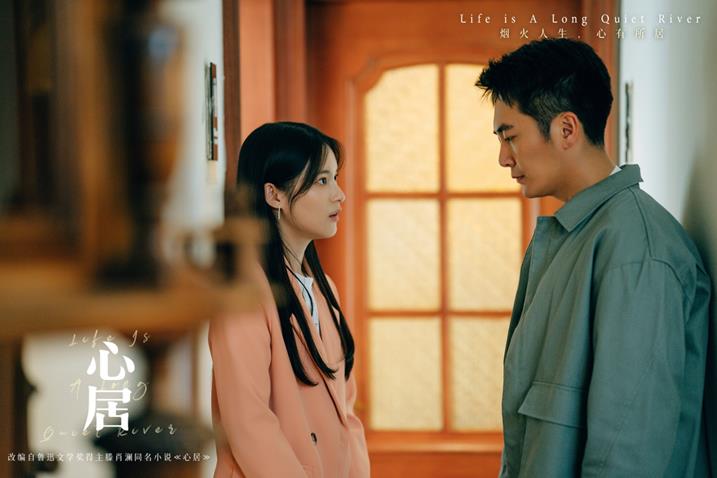 “Home of the Heart” has never had a real villain until the finale. Whether it is Feng Xiaoqin who borrowed money to buy a house in the early stage, Gu Xin who escaped from reality and derailed Ge Yue, Feng Qianqian who did not hesitate to take shortcuts as a third party in order to survive decently, Hua Yongyu who was greedy for money, Su Wangdi who covets small benefits and small profits…” All the people in the play in “Home in the Heart” are forced to move forward in the process of conforming to the tide of the times. All kinds of “gray words and deeds” interspersed in the lives of the characters in the play just connect the most primitive and authentic appearance of trivial life. Ordinary people have the appearance of ordinary people. The original intention of those innocuous “bads” is nothing more than hope that their small family can be safe and smooth, and that their family can move forward more safely in the complicated life journey. 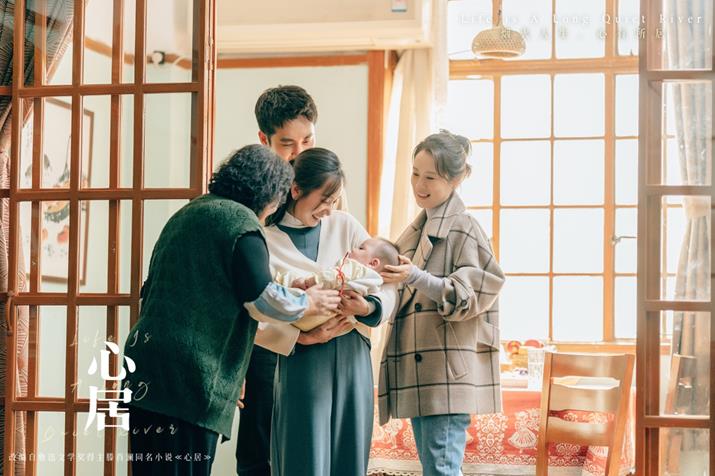 There are regrets in the finale, but I still want to have a “home” and more peace of mind

The finale of “Home of the Heart” focuses on the concentrated interpretation of the title “Home of the Heart”. Feng Xiaoqin’s “heart living” is a blind pursuit of letting go of her household registration. She realizes her personal social value in the process of running a “not too late” nursing home, and also realizes in the fierce conceptual confrontation with her younger brothers and sisters who are also outsiders. It is impossible to have a local hukou. It is equally dignified to win the acceptance and respect of the city through personal struggle and value creation; Gu Qingyu’s “heart dwelling” is to accept his own imperfections, and the prosperity of work and career does not mean a smooth emotional life, Gu Qingyu She began to truly recognize her own shortcomings in personal relationships, and cherished the only family and affection she had in front of her. She took off her hard shell and became soft, and made the choice of return and reconciliation. My Hometown” portrait.

See also  Haiqing: When every role comes, I'm like a baby

At the end of the episode, the Gu family still has a dinner scene familiar to the audience, but it is no longer complete. Taking care of family members is not everyone’s first ideal. Feng Xiaoqin, who plans to have a bright future for a family of three, Gu Qingyu, who dreams of marrying Bai Yueguang, Zhan Xiang, who wants to grow old with Gu Qingyu, Shi Yuan, who is unwilling to work odd jobs to earn extra money, Feng Qianqian, who is determined to establish a foothold in Shanghai. I didn’t get what I wanted most, but I also got some unexpected and even more than the original object, that is the importance of family and family to myself. The softness of affection conveyed from the family can just match the hard reality. There have been some changes in the number of members of the four-generation Gu family. The number of people has decreased, but the hearts of people have become more unified. It also makes the audience understand the importance of home to every Chinese, and the importance of cherishing family and family. No matter what happens around you, home is always the harbor of your soul.

Brigitte Brigitte revealed that she is a night...

How to Transform the Hot “Watching Movies in...