2022 is approaching, and the Winter Olympics has entered “Beijing Time”. After the enthusiastic “Summer of the Young”, CCTV is about to launch the “Young Young” brand series-“Winter Young”. The program will actively respond to the call of “driving 300 million people to participate in ice and snow sports“, innovate the format of the program, and compose three youth “yue” songs that netizens know about ice and snow, participate in ice and snow, and fall in love with ice and snow through their favorite, new and lively expressions, and promote good speech. Ice and snow stories, spread the spirit of the Olympics, and help my country’s future ice and snow business and industrial development.

A few days ago, the big and small captains of “Winter Warm Young” have been announced through new media interactive products such as “Pixel Wind Captain Conjecture”. In the pixel wind suspense video, the unique pixel villain with the retro background, as if to bring netizens back to the immature childhood of playing the “red and white machine” in an instant. Smart netizens also actively participated in the quiz. They all said, “I guessed it, it’s too obvious.” “The one with a head circumference of 57 must be Bingbing.” 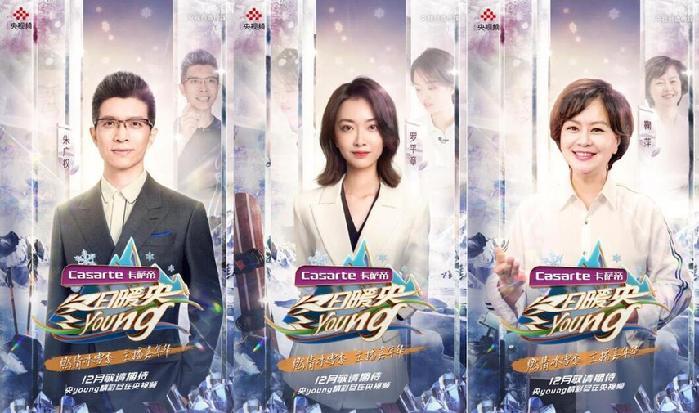 After dampening the audience’s appetite, on December 7th, CCTV’s official Weibo finally released the official posters of the captains and captains, which sparked heated discussions for a while. Captain Zhu Guangquan and Captain Luo Pingzhang formed the “Quanping Strength Team”. The confident team name shows their outstanding strength. Can they complete the clearance and upgrade “all on strength”? Ju Ping and Sa Beining jointly carried the banner of the captain, and formed the “Ning 2 cohesion team” with the team leader Wang Jianing. What kind of humorous “triangular relationship” will the team show? 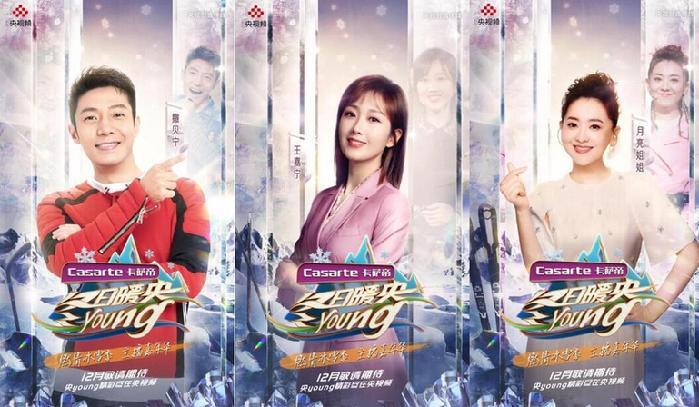 The collection of “Fanshan Yueling Team” can be described as a wave of childhood memories. Sister Moon, incarnate as the captain, led the team with Captain Ma Fanshu to perform “Fantasy on the same stage”. Everyone inevitably yelled “Ye Qinghui” when she watched it. In the name of “Nihao Ice King Team”, the sibling combination of captain Nigmaiti and team captain Wang Bingbing will also partner again. It is reported that many console hosts and reporters who are familiar to the audience will also be assembled and expanded in the “Winter Warm Young”. From the perspective of the formation, each team is based on the old and new model. In terms of age, the Mesozoic host is the mainstay, and the new generation host of the post-90s generation will also join freshly. The captain of the Fourth World War Team made a surprise appearance, and the secret recipe of this winter’s “warm young” is waiting for the audience to explore. 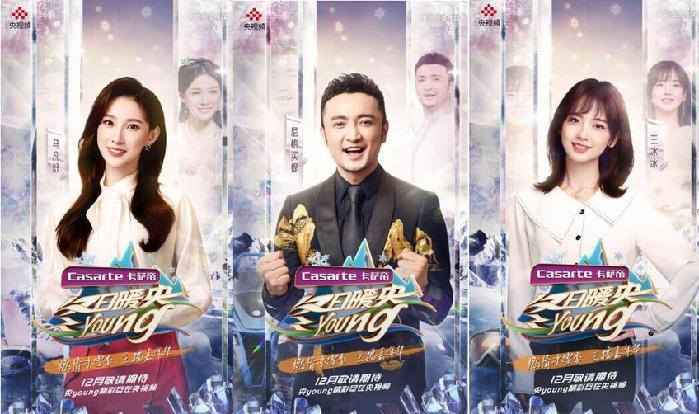 As the first work of the “Young Young” brand series, “Summer of Young Young” comes first, and is called “pink memories of summer past” by the majority of netizens. Whether it’s Li Sisi’s dancing before, or the “Snowy Mooncake Team” national wind runway, or Kang Hui and Zhu Guangquan’s rap, every appearance of “Young Young” can contribute a blockbuster scene and unlock new ways of playing various art forms. . Not only that, the successful “breaking the circle” of the cross-border host and the creative arrangement of programs that subverted the traditional model, and the new media communication methods such as live broadcast, micro-video, and real-time interaction, all make the “Summer of the Young” show full of collagen. With a youthful attitude and a burst of passionate and energetic young energy, the program fits the aesthetic taste of young people at the moment, and the “stalking” and “playing with the stalks” of all members are popular on the Internet.

Compared with “Summer in the Young”, CCTV’s “Warm Young in Winter”, which is re-launched by CCTV, will make further breakthroughs and innovations in the program mode. The show takes the winter “ice and snow” feature as the theme, and adds reality show content of ice and snow sports. The host and reporter of “Treasure” at the main station will lead the audience to experience the charm of ice and snow sports from a first point of view. In addition, the new competition system of the program is also worthy of attention. The dual-track competition of “Art Competition” and “Ice and Snow Sports” has increased the difficulty of each team’s “killing monsters and upgrading”, which is a great test of the literary and physical abilities of each team. From the beginning of the team’s “assembly”, the competitions of all parties have sounded the horn, and the final competition on the stage of the live broadcast night is the final arena. The test of ice and snow, the collision of ice and fire, I believe this winter is more than a little “warm young”.

It can be seen from the continuation of the “Yangyoung” brand and the innovative creation of content formats that the production of Fangyang Video has been continuously exploring new models of fine art production, explaining that the main station, as a national mainstream media, uses Mingde to lead the fashion and provide quality products. The mission of the people. From micro video to slow live broadcast, from cloud delivery to micro variety show, CCTV not only strives to break the barriers of the circle and target hot topics, but also strives to be close to life, close to reality, and close to the audience. It continues to cultivate content and accurately target audiences. Demand reflects the ideas and exploration efforts of keeping upright and innovative in the new media era.

The launch of “Winter Warm Young” is an important step for CCTV to further explore the realization of innovative life, youthful life, and youthful universalization. It is believed that this will also gather more young audiences for CCTV, and help CCTV to become more sophisticated. The attitude of youthfulness and positive energy realizes the value-leading role of the flagship platform of the main station’s comprehensive audio-visual new media. Locked to the central video “Winter Warm Young”, together to ignite the ice and snow, and bloom youth!

LIVE TJ – Workout in progress. There are De Sciglio and Perin. McKennie absent. I work in the gym for Kean and Chiellini

Winter sales: in Piedmont starting from 5 January 2022, they will last 8 weeks