Today, Youku’s self-made suspense drama “Gate of Rebirth” directed by Yang Dong and starring Zhang Yi and Wang Junkai came to an end. As a typical representative of the popularity before it was broadcast, the show lived up to its expectations after it was broadcast. In just a few days, the peak popularity of Youku station exceeded 10,000 6 times, and it maintained the top 1 of each list of dramas. For 21 consecutive days, it has occupied the top 1 of many authoritative lists such as Maoyan, Lighthouse, Detawen, Guduo, Vlinkage, and Kuyun. It has gained 1800+ hot searches on the entire network, including 204 hot searches on the main Weibo list, and the main topic #Rebirth Gate# has over 4.4 billion views. All the lists on the Weibo station reached the top every day from the broadcast to the end. The Douyin Drama Influence List has been ranked as Top 1 for 16 consecutive days. The main topic of Douyin #Online Drama Rebirth Gate has reached 3.18 billion views, 289 hot topics of Douyin, and 5 popular videos with 1 million likes, 9 of 50 Wanzan has created a total of 258 10W+ popular videos. It can be said that “Gate of Rebirth” is well-deserved to be called “2022 suspenseful blockbuster drama”.

The play tells the story of Zhuang Wenjie (Wang Junkai), a talented college student from a “family of thieves” who accidentally got involved in the “Water Lily” case and met the shrewd and capable police officer Luo Jian (Zhang Yi). After that, the two worked together to solve many bizarre cases. And let the dusty “Luo Shen theft case” for many years to be revealed, the story of successfully catching the real culprit and defending justice.

As the main “high-energy theft” “Rebirth Gate”, in the topic selection, it showed the original intention of wanting to be “innovative suspense”. In order to achieve better results and reflect “high-tech crime”, whether it is the detailed presentation of the security measures of art museums and vaults, or the techniques used to steal “Water Lilies” and “Tears of the Moon God”, among them The use of props and the setting of the stealing link all reflect the intentions of the show. While introducing the plot to the audience, popular knowledge points such as shooting guns, “palm prints”, and “iris” are also popularized to satisfy the audience’s curiosity. . 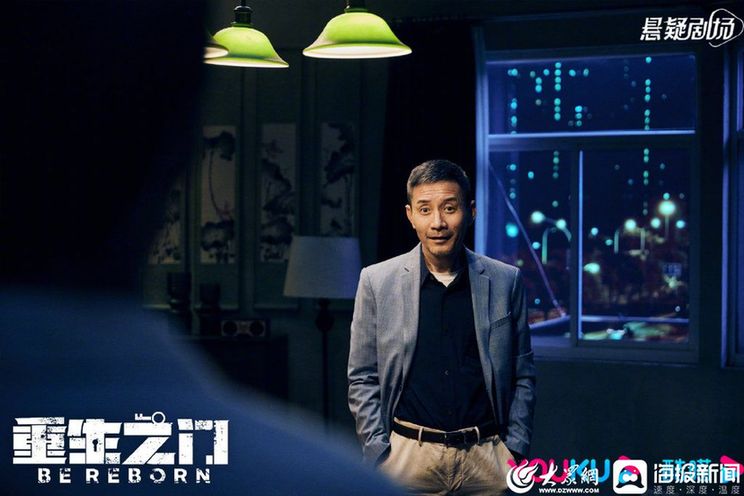 In addition to the addition of high-tech elements, the lens language of the play is also brilliant. Taking the “Water Lily Case” as an example, when showing the protagonist Luo Jian thinking about the criminal intent of the suspect Ding Shenghuo, the director used only a few shots and flashbacks to quickly establish the logic chain of the puzzler’s thinking: the positional relationship of the three buildings , the police’s existing control and blind spots, etc., and finally use Luo Jian to look up at the camera above the building to complete the judgment of the puzzle. Similar expressions are not uncommon in the play. This montage expression is used to include reasoning information. The dark and suppressed visual effects increase the tension of the investigation, improve the overall expression effect, and increase the feeling of watching the show. The audience is deeply impressed by the characters and raises their curiosity about where the characters will go.

Long-term series, the heat is rising

Different from the detective mode of ordinary criminal investigation dramas, “Gate of Rebirth” realizes the innovation of long-term series on the basis of the narrative of the unit drama, so that the overall plot revolves around the same core service, and realizes the deep expression of logical closed loop. 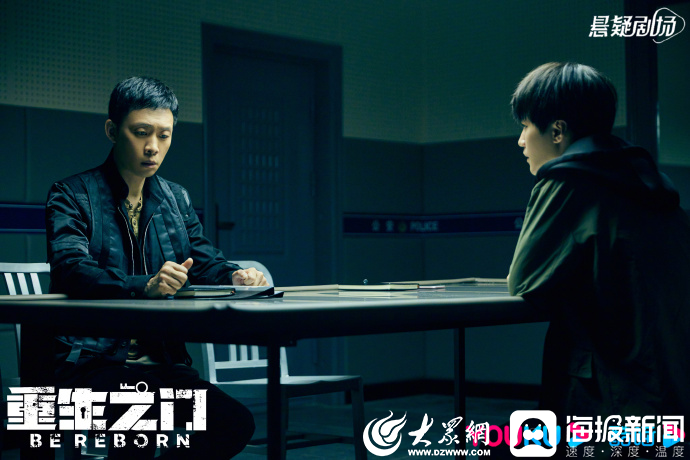 At the beginning of the episode, the appearance of the “Water Lily Case” and its mastermind, Ding Shenghuo, brought the two male protagonists Luo Jian and Zhuang Wenjie into the game. “, Internet fraud, and finally led to the long-standing unsolved “Luo Shen case” and the theft group headed by “Mr.”, and various secrets behind the case emerged.

It is precisely because of this interlocking narrative mode that the doubts of the previous case are left in the next case, the story becomes more intriguing, and the audience unconsciously guesses the metaphors in the case in the process of chasing the drama, and joins the search for the “real murderer”. , naturally became a loyal audience of the series. Combined with the popular topics such as “who is the villain” and “rejection of online fraud” around the plot during the broadcast, many netizens were attracted to the plot itself. Under the dual effects of the guarantee of the strength of the drama and the fermentation of external discussions, the audience of “Gate of Rebirth” continued to expand during the broadcast, successfully breaking the circle and setting off a wave of “detection” on the entire network.

Focus on social topics and explore the core of human nature

Good works are inseparable from good ideas, and “The Gate of Rebirth” is a typical representative.

In the process of chasing the show, it is not difficult for the audience to find that the characters in the play have abandoned the conventional setting of “two male protagonists” in the past, breaking the “black and white” routine mode. If the male protagonist Luo Jian is a “defender of justice”, then Zhuang Wenjie is a “wanderer” between black and white. They are not only powerful partners in each other’s search for the truth, but also have elements of mutual wrestling and pulling due to their different personalities, thinking and positions.

See also  The "Banda della 1100" between reds and noir

Through this kind of role setting, it not only establishes the dramatic conflict that most affects the audience in the play, that is, Zhuang Wenjie’s choice of black and white; at the same time, it expresses the core question that the play wants to explore: in the face of conflict of interest, which side will people stand on? And Zhuang Wenjie also told the audience the answer in the finale: walk from the heart and go toward the light.

In addition, the series adds thinking about social topics while showing exciting cases and careful reasoning. For example, the online dating fraud involved in the fall of Wang Xue, a college student, and the protection of cultural relics involved in the “Luoshen case”, social elements are added to the suspenseful reasoning, and the overall expression is based on social reality, effectively improving the artistic expression and emotional expression of the drama itself. , to achieve the same frequency resonance with the audience, and also realize the social value that a film and television work should have. This is one of the reasons why “The Gate of Rebirth” can be loved by the vast audience and gain both traffic and word of mouth.

Compared with previous suspense dramas, “Gate of Rebirth”, the first domestically focusing on “high-tech theft”, broke the inherent criminal investigation routine, and introduced new ones to let the audience see the sincerity and highlights. The careful handling of details, the plot and character settings worthy of scrutiny, and the profound social thinking are enough to prove the well-intentioned and bold attempts of the show in its creation. It is believed that the subsequent “Rebirth Series” will also bring different surprises and achieve new breakthroughs in the suspense drama market.

The Chinese League One kicked off in early June, and the Northwest Wolves’ new season roster was released