Following the two programs of “Meng Tan Tan Tan An” and “Fantastic Script Shark”, iQiyi Fans Season has renewed its efforts to launch a new suspense plot inference reality show “The Last Winner” of the Mystery series, which is officially launched today Official announcement artist lineup. Officials took the lead in releasing a set of official announcement posters full of textures and clues of various details, and combined with Guan Xiaotong, Li Yifeng, Lin Gengxin, Qin Xiaoxian, IXFORM-Tang Jiuzhou, Zhao Youting (the above text order is in alphabetical order of the surname). A wave of “identity clue maps” were posted on Weibo, allowing viewers to guess their own role in the role, and fully aroused the curiosity of “melon-eating crowds” in a novel and strong interactive way of “probing questions”. Netizens reasoning hot. Kicked off the catching upsurge. 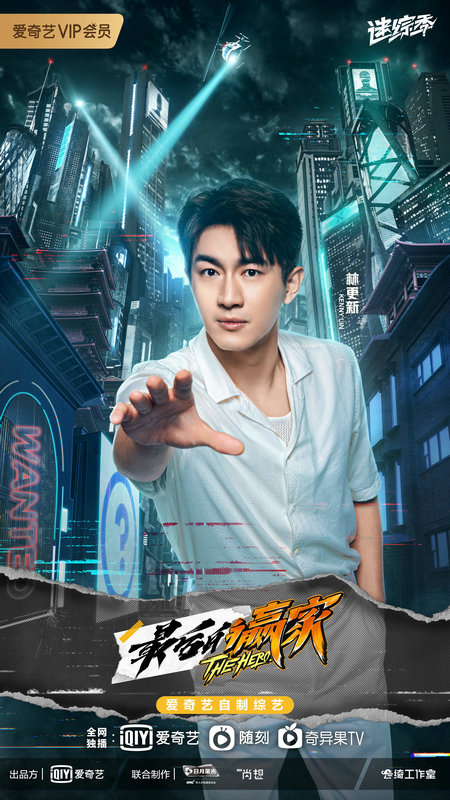 The official announcement series posters released this time have many points worthy of careful scrutiny. The “tear-man-style” poster is the first to reveal the clues of the program by tearing up the screen. In the dark background, from top to bottom, from far to near, there is a rich sense of space. In the distance is a modern city picture with tall buildings. When you zoom in, you can see two ancient buildings full of Chinese style, which contrast with the ancient buildings. Zhou Zheng, the slight distortion of modern architecture and the different era styles of the two faintly reveal the overlap of time, and there is a sense of crossing the past and the present; and the strongest light source to illuminate the city is the light that echoes the helicopter. An “X” shape is formed underneath. The details are hidden in the high-rise billboards and the neon lights of the building. The same information points to the mysterious person “X”, which fully indicates that the program will use “X” as the main clue to a certain The mysterious man started tracking. The poster as a whole tears the truth apart, which not only hides the crisis and threats, but also shows that the guests in the program are about to break through the dimensional wall and embark on an adventure in a different world.

In conjunction with this official announcement, six guests, Guan Xiaotong, Li Yifeng, Lin Gengxin, Qin Xiaoxian, IXFORM-Tang Jiuzhou, and Zhao Youting (in alphabetical order of the surname above), took the lead in showing their “identity clues” to netizens and mobilizing netizens to show their reasoning Ability, guess what kind of strength the guests belong to. Some netizens speculated that the picture elements all come from common objects in life, and through permutations and combinations hinted that each guest was good at detecting crimes in the program. For example, in Guan Xiaotong’s identity information picture, the picture of “radish + chicken” must be saying that its “logic” (the homonym of “luoji”) is super good, and it is guessed that Guan Xiaotong is responsible for logic. In Li Yifeng’s identity information map, there is a combination of “egg + measuring ruler”, and netizens guess that Li Yifeng is the courage (a homonym of “egg quantity”). In Zhao Youting’s identity information picture, there is a pot of tea leaves. Some people speculate that it means “observation” (a homonym for “can of tea”). There are also many interference elements in the guest’s identity information map. Netizens have different opinions, and the discussion is quite enthusiastic. They also look forward to the specific performance of the guests in the program. 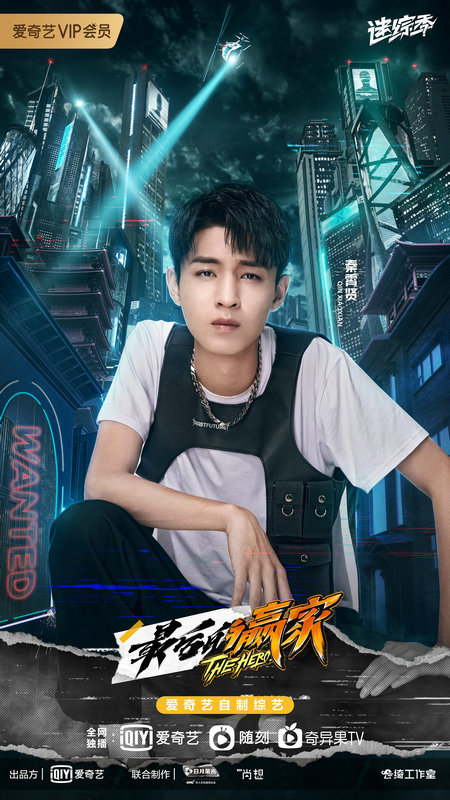 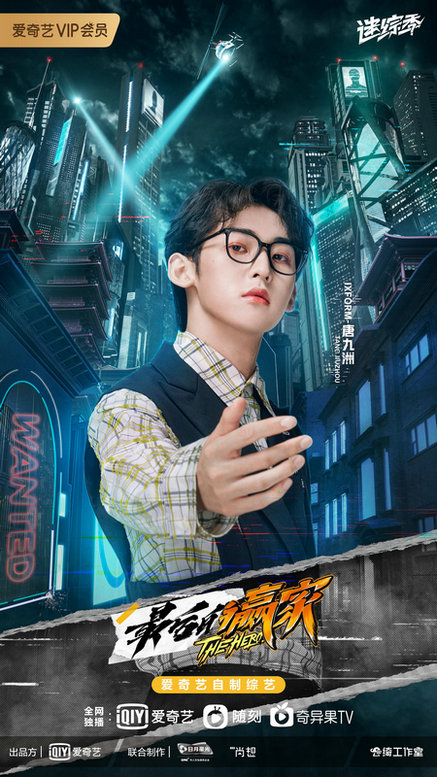 “The Last Winner” not only has a strong lineup, but by observing and analyzing the personal attributes of the guests, we can see that the program is full of highlights. It not only gathers Guan Xiaotong, a resident intelligent person in variety shows, and has played a police role in his acting career, so he is quite skilled in reconnaissance methods. Li Yifeng, who has the thinking of solving crimes and deciphering, Lin Gengxin, who is good at mobilizing the atmosphere, in addition to Qin Xiaoxian who has a very eye-catching performance in previous variety shows, the clever and sensitive IXFORM-Tang Jiuzhou, and the upright and thought-leading Zhao Youting (the above text is in the order of surnames) Pinyin sort). I believe that the strong combination of unique guest lineups will definitely be able to exert their maximum energy value in the reasoning field. But at the same time, netizens have strong expectations about what kind of thinking and reasoning collisions they will have when they are working together for the first time. At this point, it can be seen from the official announcement that each guest is presented to the audience in the most authentic state and personality. The true appearance not only enhances the audience’s expectation of the program, but also forms a distinct point of differentiation from many programs of the same type. , Which indicates that compared with the previous similar suspense reasoning programs, it will reduce the component of role interpretation, and promote the development of the plot more in a non-acting state, resulting in interaction and ideological collisions.

“The Last Winner” is iQiyi’s first S-level suspense plot reasoning reality show. The guests in the show will have to encounter many puzzles in each episode, and they will continue to unlock important plot clues related to the black hand X behind the scenes. Go straight to the truth in solving the mystery. The program combines the decrypted form of Chinese characteristic scenes and elements to create large-scale immersive real-world reasoning in the city. It is believed that the audience can obtain a dual immersive experience in the senses and thoughts during watching. 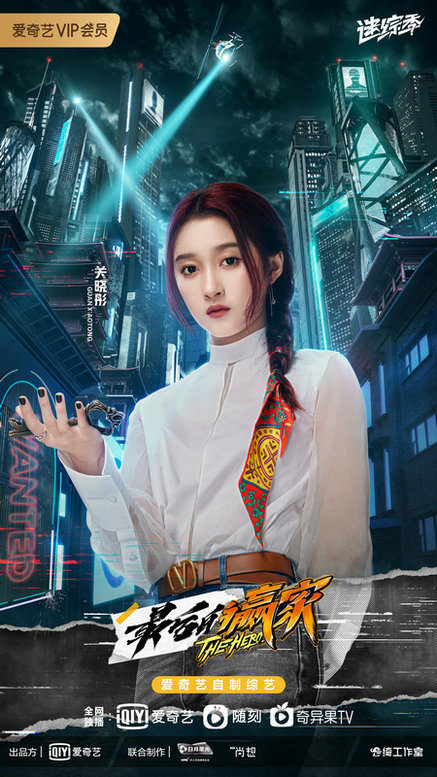 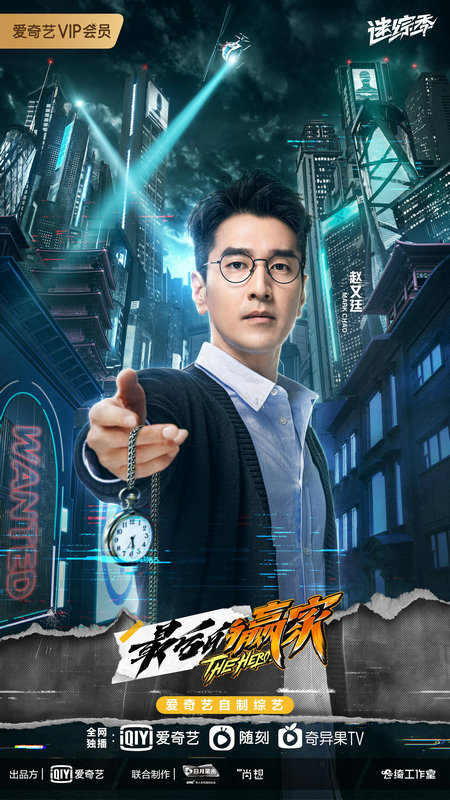 As a new show in the iQiyi Fans Season, what surprises will “The Last Winner” bring us? Faced with numerous puzzles, what form of cooperation will the six guests take? Stay tuned!