“After watching the five-hour live broadcast in one breath, it was really amazing and amazing.” Previously, “The Summer of the Young”, launched by CCTV Central Video, became a popular variety show this summer, and it became a “circle fan” at the same time. Let netizens look forward to the arrival of the next season. Recently, a new series of “Young Young” in the “Young Young” series produced by CCTV has officially launched and is scheduled to be launched in December this year. Dozens of “Treasure” hosts and reporters from the main station gathered again to create a joyous carnival of “ice” and “fire” with a new model of “ice and snow sports + literary competition”, responding to “300 million people participating in ice and snow sports” Call.

New breakthrough: adding snow and ice challenges to warm up the Winter Olympics

“Winter Warm Young” will make further breakthroughs and innovations in the program mode, with the theme of winter “ice and snow”, adding snow and ice sports reality show content, using the host’s first perspective to lead the audience to experience the charm of ice and snow sports, and at the same time popularize ice and snow Knowledge, transfer the spiritual core that challenges the limit, warm up for the upcoming Beijing Winter Olympics. 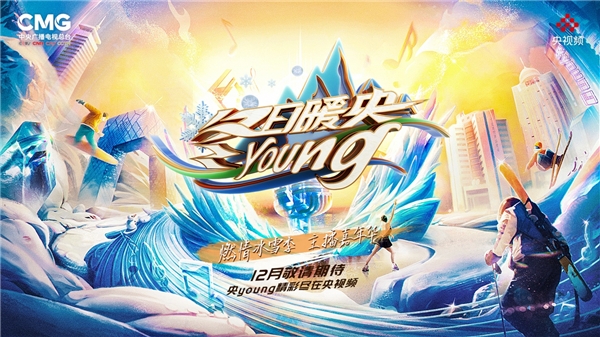 This season’s program introduced a brand new competition system, divided into two tracks, “Art Competition” and “Ice and Snow Sports“, and the competition between the teams started from the “Team Assembly”. After the team is assembled, they will undergo two tests of “ice” and “snow”, and will enter the final live broadcast night with the results of the competition. It is reported that part of the filming of the pilot film assembled by the team has been completed and is expected to be broadcast on CCTV in December.

“The Summer of the Young” in-depth “touched the Internet”, as the first large-scale online variety show launched by CCTV, built a more diversified display platform for young hosts and reporters of the main station, allowing the “new generation” to gain the recognition of netizens. “Winter Warm Young” will also increase the intensity of “introduction to the new”, and the team composition will be younger and youthful. Through the comprehensive talent display of “Arts” and “Sports“, the depth of the host, reporters and netizens will be realized. Interaction, release the “new youth power” of the main station.

It is understood that the captains of the four teams of “Winter Warm Young” have been determined, and the specific candidates will be announced one after another through new media interactive products such as “Guess Posters”. At present, the team members are still in the continuous recruitment process. There are not only “famous mouths” such as Sa Bening, Zhu Guangquan, and Nigmati, which are well-known by netizens, as well as newly emerging young “talents” such as Wang Bingbing and Ma Fanshu. What kind of vigorous image they will present in the new challenge, and what kind of spark they can create in the dual cooperation of art and sports are also worthy of the expectations of netizens. 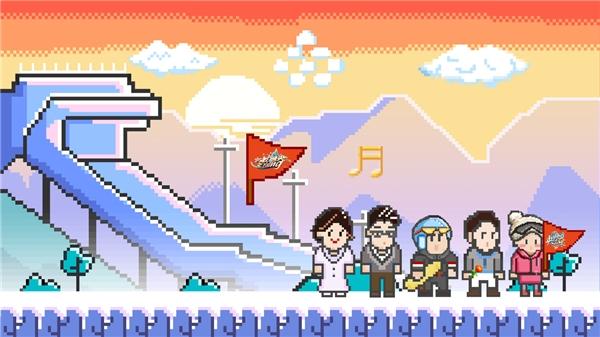 “Left Finger Moon”, “Ye Qing Hui”, “Yang Young Clothes Cross-dressing Show” and other popular online programs, made netizens feel that “Yang Young Summer” is a “national team shot” fairy variety show. What other programs and content are there to look forward to in “Winter Warm Young”? What are the amazing “unknown talents” of the main station host and reporter? Come to the Central Video App in December to follow “Winter Warm Young” and feel The charm of ice and snow sports unlocks the “winter event” brought by the host and reporter of the main station.

The program team revealed that “Winter Warm Young” still has a surprise design that allows netizens to “open the blind box”. The encounter between ice and snow and the “ice and fire” of literature and art will give netizens more aesthetic imagination. At the same time, the program will also take advantage of the advantages of omni-media dissemination, in various forms such as new media variety shows, short videos, live broadcasts, etc., and develop assistance, quiz and other diversified interactive gameplay in the central video terminal, and establish multi-scenario interaction to strengthen interaction with netizens. Links to achieve “no barriers” communication with the host and reporters of the main station.

In the context of converged media, China Central Radio and Television is constantly seeking innovation and change, and exploring new media innovation methods. The launch of CCTV’s “Winter Warm Young” is another important measure for the central station to explore new media in depth. The value of the media leads.

The oasis of Nomadelfia (Photo) – International