The movie “Call Me Mr. Zheng” is released today with six highlights and interpretations of extreme affection jqknews

Produced by Lin Bingkun and directed by Zou Dequan, the love road movie starring the best actor Tu Men and powerful actor Wang Zhener won many film festivals.call me mr cheng” released nationwide today, the film simultaneously exposes the poster of the Golden Rooster Film Festival and the feature film of “I Miss You”. Two strangers “travelers” with nostalgia or hope for love look for or leave their lover on the bookstore’s guestbook. Missing, warm and touching, tearful. The film has been screened at the Film Archive and the Golden Rooster Film Festival, and has received a lot of praise. The touching love story and the reversal that directly hit the heart made the audience applaud. The film is also the first work released after Tu’s death.

On the first day of the premiere, the feature film was released, and Wang Zhener choked up for the fourth time at the premiere of the Golden Rooster

In the newly released “I Miss You” feature film,Mr. Zheng (played by Tu Men), accompanied by Ah Hui (played by Wang Zhener), is looking for a message from his deceased wife in the bookstore. When the narrations of strangers thinking of their lover rang out, when Mr. Zheng finally found his deceased wife to leave a message and replied with tears, when Ah Hui hid in the corner and wrote missing words for his comatose husband, that insistence on love remained unspoken. And metaphor. In the simultaneously released poster of the Golden Rooster Film Festival, the two figures walk into a vortex like a calla lily and flow into a corridor like a memory. Between the black and white light and shadow, there are countless thoughts and affection.

The film was held yesterday (November 10) at the Xiamen Golden Rooster Film Festival“Don’t Lose, Don’t Forget” Premiere, director Zou Dequan and starring Wang Zhener communicated with fans the touching details inside and outside the play through online connections. The director revealed: “Love is the ultimate romance, regardless of age”, and Wang Zhener, the heroine who played Ah Hui in the film, burst into tears four times on the spot: “I participated in the performance because I wanted to seize the opportunity to cooperate with the Tus, and I hope Everyone can take another look at the old man (Tus) in the movie theater.” Some fans felt uneasy after watching it: “This month’s most surprising and most worthy movie to go to the movie theater to savor carefully, I will definitely go there for a second look!”

In the movie, Mr. Zheng (played by Tu Men), who suffers from Alzheimer’s disease, wants to keep his memory of his deceased wife and embark on a trip around the island. Wang Zhener), the two heal each other during their journey, romantic and affectionate. As a small fresh road love movie that has been away from the screen for a long time, “Call Me Mr. Zheng” has achieved good reputation in two rounds of screenings, and it has also given the audience a better choice on the special day of November 11.

Aspect 1: Touching love pierces the heart, forget everything, and can’t forget you

One is a sick old man who has forgotten everything but his beloved deceased wife, and the other is an affectionate woman who has given up everything but can’t let go of her comatose husband. When the two meet with their love and hope for their lover respectively, it is a journey of mutual healing. Quietly open.

Aspect 2: The high-energy reversal details at the end are full of shocking and moving tears

Most of the audiences who have watched the movie in advance are infected by the deep feelings of the story. The extreme thoughts in the first half pave the way for the shocking reversal at the end, and a strong emotional tension erupts. Moreover, the audience can’t calm down after sitting for a long time, and they can’t help but call out too many details. Think twice.

Aspect 3: The long-lost love road film, the beauty of the road, the double relief of body and mind

As a rare “every frame can be used as a wallpaper” love road film in theaters, the scenery such as the beach covered with pebbles, the circular coastal road, and the deep winding paths of the woods make the audience who have lived in the city for a long time also feel like traveling. of comfort.

Aspect 4: The first release of Tu Men’s death, the acting is restrained and infectious

Tus, who have won the best actor in many film festivals, this time the performance is delicate and profound, showing the softness and hardness, fragility and strength of a person suffering from Alzheimer’s disease, which is very infectious and will serve thousands of Fans brought unexpected surprises.

Aspect 5: The new and old drama bones are in the same frame, and the acting is extremely affectionate

Wang Zhener, who plays Ah Hui, has made great contributions to masterpieces such as “The Chinese Partner” and “Master of Memory”; Lin Xue, who plays the driver, is known as the “Best Green Leaf”, and has won the best prize in heavyweight film festivals for many times. Supporting Actor Award. The heart-wrenching drama of new and old drama bones presents the ultimate affection of love.

Aspect 6: Good word-of-mouth is known as the first choice for surprise, affectionate and romantic dating of the month

The film received a lot of praise at the screenings of the Beijing Film Archive and the Golden Rooster Film Festival, and praised it as a “treasure film, a surprise of the month”. A soulful and romantic story, suitable for couples to feel the two-way rush of love and longing on November 11. 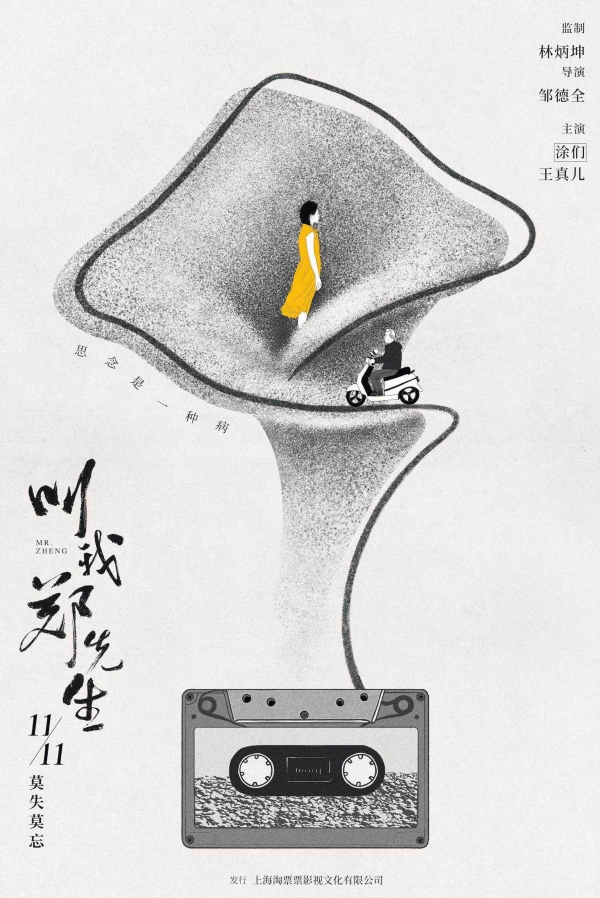 The outcome of the mid-term elections is unpredictable, US stocks sell off, the Dow falls 500 points | Red Tide | Stock Market | United States

Sales of motorcycles and scooters are flying: +35%...

What is Jersey Tailoring? 8ON8 designer Gong Li...