Original title: The movie “Lion Boy” exposes the character poster of the “receive” version and the ink style awakens the blood of “wuxia”

Sohu Entertainment News, produced by Zhang Miao and directed by Sun Haipeng, the domestic reality-themed animated film “Lion Boy” today exposed the “recruitment” version of the character poster. The posters are presented in ink-and-wash style. The characters in the posters have different shapes, or jump up in the air, kick sideways, stand or squat, supplemented by the visually striking black and red contrast color, which makes the things vivid on the paper. Oriental martial arts sense. The film tells the story of a passionate and inspirational growth story of left-behind teenager A Juan, who has a dream of lion dance, and his friends formed a lion dance team, breaking prejudices, and creating miracles against the wind. The film is scheduled to be released nationwide from December 17. 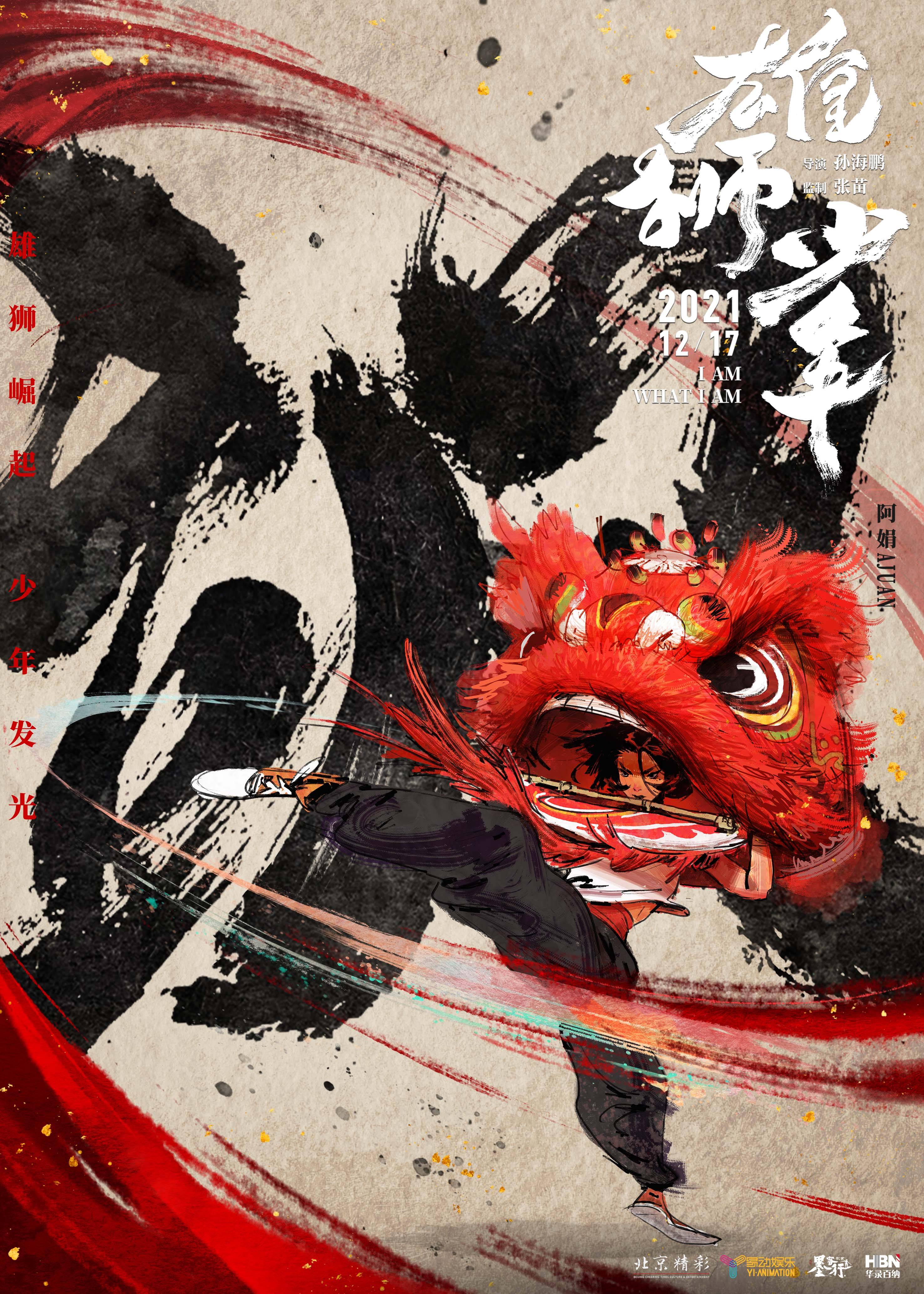 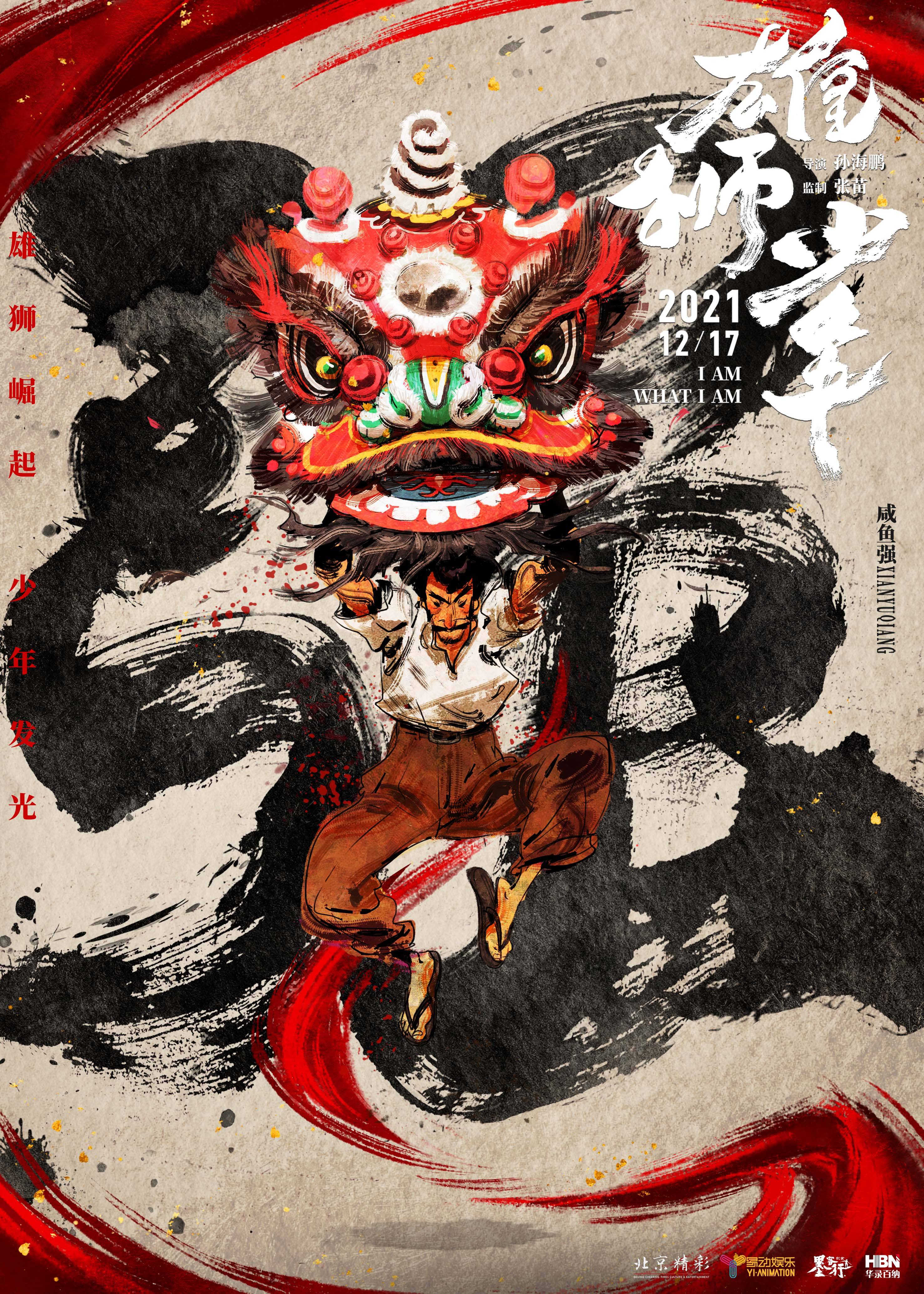 The “Receiving” version of the character poster is majestic and powerful, and the ink and wash is full of power, coupled with the visually striking red and black color scheme, which releases a strong martial arts style. The protagonist A Juan, the former lion dance champion female A Juan, and the former “Lion King” Xian Yuqiang held a red lion head in their hands, each posing a volley, a sideways kick, and flying into the air; the protagonist A Juan’s friend Ah Juan Cat, Agou, and Master Azhen respectively squatted on the ground, beat the drums hard, and stood arrogantly. Each character is printed with a powerful black brush calligraphy. The characters “Dare”, “Sa”, “Strong”, “Wild”, “Ying” and “Tough” are the character tags of the respective characters, and they are accompanied by the red color representing the lion’s tail. Silks and satin swept into the picture wantonly, full of handsome.

The film tells the story of A Juan, a left-behind teenager who was ridiculed and not favored. After a chance coincidence, after receiving encouragement from a girl with the same name as him, he made up his mind to form a lion team with his friends Amao and Agou. . The characters and personality traits in this group of posters are in sharp contrast with the comedy characters in the previous version of “Beautiful Boys Out of the Street”. How the story developed has also aroused the curiosity and speculation of many netizens.

The movie “Lion Boy”, as one of the few realistic animations in recent years, continues the “national style” gene of excellent domestic animation, and integrates the lion-waking culture into the story of young people’s dreams, allowing the audience to feel the uniqueness of traditional culture. In addition to the charm, the high-burning and passionate temperament is vividly contrasted. The spiritual core that I want to bring to the audience is by no means limited to the growth of a thin teenager, but through the true analysis of the low-level little people, a high-frequency resonance with real life is aroused.

It is understood that Zhang Miao, the producer of this film, has participated in many hit films such as “Wolf Warrior 2”, “Wandering Earth”, “I’m Not the God of Medicine”, “My Hometown and Me”. Director Sun Haipeng won the 2014 “Outstanding Animation Creative Talent” award from the State Administration of Press, Publication, Radio, Film and Television. The “Bao Qiang” team founded by him has successively output a number of unique animated short films for the country. The industry giants have joined forces, and the film has also received high expectations from the industry and outsiders, and it is bound to set off a wave of “lions”.

In the face of doubts from others, how does the protagonist Ajuan lead her friends to break worldly prejudices and break through the cage of fate? The film will be screened on December 17.Return to Sohu to see more