The movie “Looking for the Dragon: Faqiu Heavenly Coffin” is set for November 24th.

Online movie“Looking for the Dragon”The treasure hunt squad gathered high energy and officially announced that it will launch Tencent Video on November 24. The film tells the story of Faqiumen descendant Xiangdong, after experiencing the tragic destruction of his family and the death of his adoptive father, he teamed up with the descendant of Xilingmen Jiang Tongyan and the descendant of Mojinmen Pan Da to find the legendary Jiulongtian that has the secret of returning to life. Treasure in the coffin to avenge family revenge. In the process of exploring the tombs and treasures, they resolve the many crises. At the same time, the secrets that have been buried for 20 years have also surfaced… The multi-element story content and the shocking conscience special effects will once again break through the ceiling of the tomb robbery theme works.

“Looking for the Dragon: The Hair Qiu Tian Coffin” not only continues the fantasy style of the theme, but also adds rich plot elements such as suspense and action, and through fine and dazzling visual effects, it realistically creates the sky coffin, ancient tomb mirror and corpse in Jiulong Town Old trees and other high burning scenes. In addition, the film also takes “the protection of cultural relics is everyone’s responsibility” as the spiritual core of the film, and artistically sublimates the practical significance of cultural relics protection and excavation. 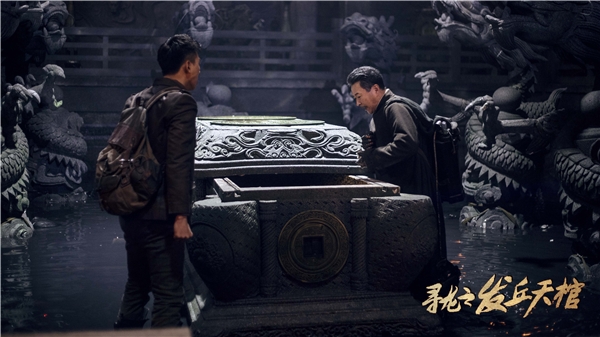 In order to maximize the restoration of an imaginative and shocking gold suspense film, the main creative team behind the scenes invested a lot of financial and manpower to repeatedly polish the underground palace scene, carefully selected the plot, and designed the story plot. The large-scale CG special effects truly reproduce the momentum. A magnificent “fantasy feast”.

The charm of the Republic of China: Seek the dragon and see the treasure. Multi-element fusion creates an audio-visual feast 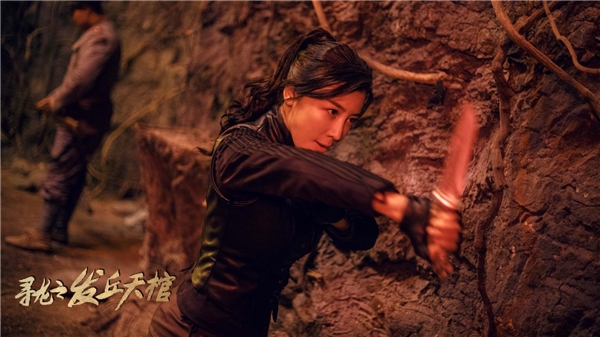 In recent years, the exploration of ancient tombs has become a hot topic on the Internet, and the traffic strength has led the way, triggering a large-scale movie watching boom. Based on the experience of the industry’s best-known works, the film creates new visual effects scenes and refreshing tomb organs, and presents the profound and unpredictable metaphysical hexagrams to the audience. In addition, the film also deeply explores the emotions of the characters. On the occasion of revenge at home, the male protagonist is forced to cooperate with British businessman forbearance, as well as the subsequent conflicts against warlords, and the high-energy stimulation of the battle against the corpse king, all adds more to the film. The visibility. The sword and shadow of the underground palace is murderous, and the close-to-hand combat scenes make adrenaline soaring. The rich three-dimensional character bloodliness, the weird and mysterious lens pictures, and the eerie music and sound effects together create an immersive tomb robbery experience, offering the audience an exquisite tomb robbery in the Republic of China.

After a lapse of ten years, Google has launched a tablet Android system, can it snipe the iPad?