Recently, a youth inspirational movie starring actors such as Liang Jingkang, Xia Zhen, Xiao Li Zhenzhen, Zhang Xiwei, Huang Xiaolei, Zhang Liang, Sang Ping, Wang Zhenyu and other actors“Yizhi Two Hundred Pounds”Officially finished. Directed by director Yang Yufei, the film tells the story of high school girl Yizhi and her male girlfriend “nanny” who accompany each other all the way, reshape themselves in judo, and illuminate their youth. The film will be released in 2022, so stay tuned.

Many talented newcomers starred in the performance, igniting the history of passionate youth growth

The movie “Yezhi Two Hundred Pounds” tells the story of the ordinary high school girl Yezhi (Xia Zhen) who was face-to-face with the secret lover Shen An (Wang Zhenyu), was teased by her classmates and lost her face and decided to mix with her male best friend “Nanny” ( Liang Jingkang)’s school judo team, rushed to the team competition honor, and the transfer started again. In the process of special training and competition along the way, I gained growth and friendship, and discovered the secrets hidden by the “nanny” for many years…

The protagonist of the film “Nanny” is played by the actor Liang Jingkang who has become popular with the movies “My Sister”, “Your Wedding”, “The Sky of the Wind Dog” and other works. Judo girl Yezhi graduated from the Beijing Film Academy and starred in Xia Zhen, a newcomer who has appeared in the comedy movie “Big Winner”. 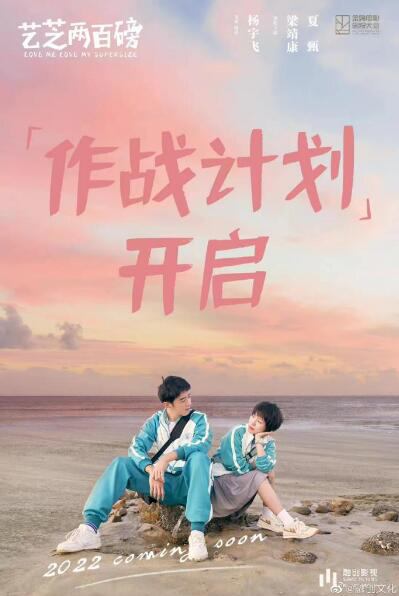 The movie “Yizhi Two Hundred Pounds” will be released in 2022

In addition, the film also invites small actors Xiao Li Zhenzhen and Zhang Xiwei; actress Huang Xiaolei who has starred in excellent works such as “The Crowd” and “Merchants”; The golden supporting actor Sang Ping; and the new generation actor Wang Zhenyu joined. The help of these outstanding actors has added a lot of highlights to the film.

See also  Lucarelli returns to Turin: "Fascism exists and is the child of ignorance"

Powerful creators work together to create, and the gold medal behind the scenes team escorts

The creative team of the movie “Yizhi Two Hundred Pounds” is very eye-catching. Director Yang Yufei served as an assistant director and executive director in a series of films such as “Mermaid 2”, “Dog Eyes See Human Heart”, “Psychological Crimes-City Light” and other films. The film “Winter” was nominated for the Montreal International Film Festival (Director’s debut contest). Unit) and the Feature Film Competition Unit of the 10th Xining FIRST Youth Film Exhibition. According to the latest film list released by Bad Monkey Pictures, he will also be the director of the sci-fi film “Crazy Aliens 2” produced by Ning Hao. At the same time, the film is co-authored by a number of well-known youth film screenwriters such as Zhao Yue, the screenwriter of the dark horse masterpiece “Take My Brother Away”, the director and screenwriter Wu Boping of “Covering Your Eyes and Watching the Red Light”, and Zhong Qiu, the screenwriter of the fantasy web drama “Spiritland” , The play is solid, smiles and tears coexist, and it has attracted much attention when it was shortlisted for the 28th China Golden Rooster and Hundred Flowers Film Festival Golden Rooster Film Venture Capital Conference.

The team behind the film is equally strong. Yu Ninghui, who was nominated for the Best Photography Award at the 13th Asia Pacific Film Awards for his movie “Spring River Plumbing”, served as the director of photography; once participated in the “Ip Man” series, “Journey to the West: Monkey King: Three Beats the Bone Essence” Hong Jiaban’s famous Wu Zhi Wei Yuhai served as Action director. In addition, the film crew also invited Murphy’s visual effects who have participated in films such as “Win the Championship”, “Vanguard” and “A Good Show”, as well as the atomic special effects that have participated in films such as “Animal World”, “The Richest Man in Xihong City” and “Heroes of Fire”. , To escort the visual effects of the film.

See also  Everything is ready for the Goodwood Festival of Speed

500,000 shareholders are confused!The new Avita launched by Huawei and CATL has just debuted in Changan and plummeted for two days.

The warmth of the national music event in...