“The pear blossoms, the spring brings rain; the pears fall, the spring enters the mud. This life is only for one person…” Last night, two years later, the polished new version of the Peking Opera “Datang Royal Concubine” appeared in Shanghai with a new look. Staged at the Ping Theater. The powerful performance lineup, with the sense of science and technology and the ingenious stage design, will bring the audience a gorgeous and refreshing audio and visual experience. Tonight, “The Royal Concubine of Tang Dynasty” will continue to perform at the Wanping Theater.

In 2001, the Peking Opera “Datang Royal Concubine” premiered. The two old artists Mei Baojiu and Zhang Xuejin joined hands with famous chrysanthemum figures such as Yu Kuizhi, Li Shengsu, Shi Yihong, and Li Jun. It became a hot topic of the year. A melodious and moving “Ode to Pear Blossoms” “It is popular all over the country, and it has been sung to this day. In November 2019, the Shanghai Peking Opera Theatre once again brought together the country’s top creative and starring teams to launch a new version of Peking Opera “Da Tang Noble Concubine”, reinterpreting classic works from 18 years ago with the aesthetics of the new era. It premiered at the 21st Shanghai Shanghai At the International Art Festival, five consecutive performances were performed at the Shanghai Grand Theater, and nearly 10,000 people watched it.

The new version of “The Royal Concubine of the Tang Dynasty” is a return to Mr. Mei Lanfang’s famous drama “Tai Zhen Wai Zhuan” in the 1920s. It earnestly summarized Mr. Mei Lanfang’s experience and thoughts, followed his artistic spirit, and realized more deeply. The main body of Peking Opera art, and constantly explore and sneak, build it into an art masterpiece that contains the spirit of Peking Opera and represents the aesthetic character of the times. While the play highlights the main line of love between Concubine Yang and Emperor Ming of Tang, it also strengthens the historical background such as “Anshi Rebellion”, strengthens martial arts, and makes the whole play more watchable. The “Cui Pan Dance” in Mr. Mei Lanfang’s “Taizhen Gaiden” was also redesigned and reappeared on the stage. The stage art flexibly uses multimedia imaging technology, blends traditional art and modern technology to complement each other, highlighting the freehand, flexible, and changeable artistic characteristics of Chinese opera. The music is magnificent, further highlighting the tragic color and epic temperament of the play. At the same time, the new version of Peking Opera “The Royal Concubine of Tang Dynasty” was successfully selected as the annual funded project of the National Art Fund.

The powerful performance lineup, gorgeous and refreshing stage presentation not only tells the tragic love story of Concubine Yang and Li Longji, but also reproduces the aesthetic appeal of the quintessence of art that keeps pace with the times. After the performance, the crew listened extensively to opinions from various sources in the industry and abroad, and worked tirelessly to polish the repertoire with an artistic attitude of excellence, accumulating experience in the creation and rehearsal, and continuously improving.

“The Royal Concubine” tour lineup is streamlined, gorgeous and magnificent

The new version of Peking Opera “The Imperial Concubine of the Tang Dynasty” is performed by screenwriter Weng Sizai, composer Yang Nailin, and director (executive) Zhu Weigang. The version staged this time will continue the gorgeous and magnificent epic drama texture, with fine-tuning in terms of plot and lyrics. 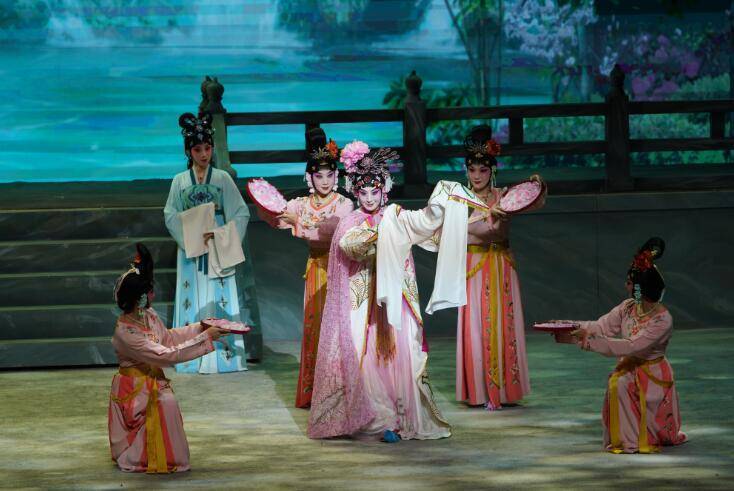 The adjustment of “Datang Royal Concubine” also prepares for future tour. The performance lineup has been streamlined, the chorus is recorded in the form of recording, and a stage tour device has been specially made.

Although the lineup was streamlined, it gave in at all to the stage effect. The group dance performance in the play, the dance design team composed of technical directors, pioneered and innovated, showing the effect of combining the charm of Peking opera with the dance style. The performance adopts a combination of live band performance and partial recording. The band members conducted a high-intensity rehearsal for the new performance form, and continued the magnificent performance effect with close cooperation. In terms of stage beauty, the crew considered that some theaters during the tour may not have a lift, so they built a multi-layered large platform in order to maximize the performance of the stage technology and give the audience the best viewing effect in terms of audiovisual. 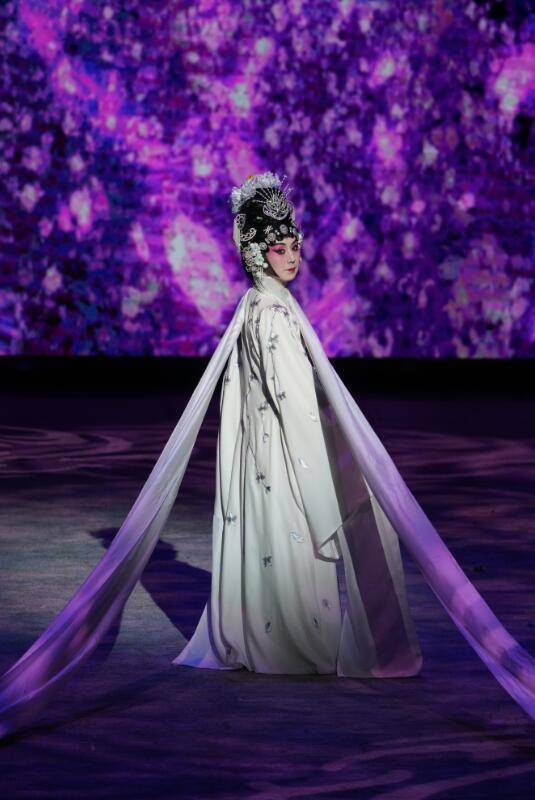 The reality also proved that the performance at Wanping Theater last night, the new version of Peking Opera “Datang Noble Concubine”, which integrates the aesthetics of the times, is highly compatible with Wanping Theater, which has advanced hardware equipment and professional and modern theater experience. The use of multimedia equipment, including projection And modern theater professional technology, such as the dynamic effect presentation of the back screen and the side screen, and the use of electronic control devices in the dance plot, make the show more eye-catching on the stage.

It is understood that after the performance at the Wanping Theater, the new version of “The Royal Concubine of Tang Dynasty” will be performed in the Grand Theater of Jiangxi Art Center. “The new version of Peking Opera “Da Tang Noble Concubine” will continue to improve in practice with the spirit of perseverance in creating performance while changing and performing. It will actively carry out a national tour with full enthusiasm and a high-level stage presentation, and show the’Shanghai Noble Concubine’ to audiences across the country. ‘Demeanor.” The person in charge of the Shanghai Peking Opera Theatre said. 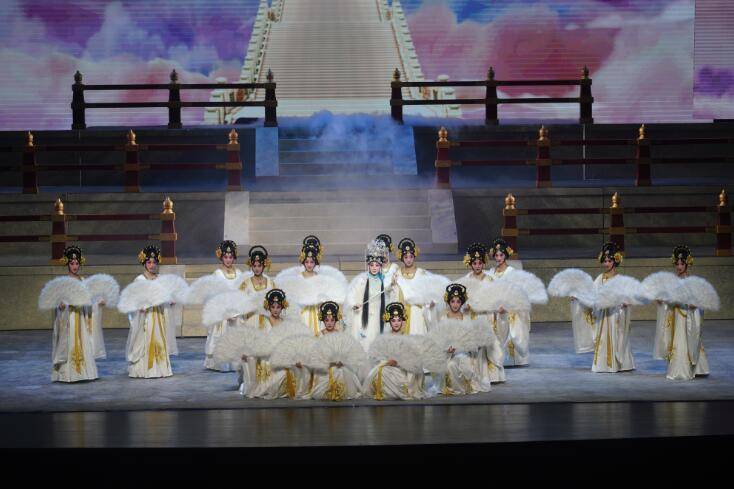 ATP Finals: Djokovic lost only three games and beat Nori into the semi-finals against Zvi Jr.