Home Entertainment The theme song MV of the movie “The Stray Dog” is online, and the love of people and dogs attracts widespread resonance_TOM Entertainment
Entertainment

The theme song MV of the movie “The Stray Dog” is online, and the love of people and dogs attracts widespread resonance_TOM Entertainment

The first domestic movie “The Wandering Dog” with a search and rescue dog as the protagonist is currently in theaters across the country. Since its release, its reputation has continued to grow. The audience was moved by Ding Dang’s “Wandering for thousands of miles only to find you” and was also moved by Wang Fangxian. The movie’s theme song “Last Sight” was moved, and even when the movie ended, there were still people standing in the audience to listen. A few days ago, the movie “The Wandering Dog of the Faithful” released the theme song “Last Look” MV. This is a song composed for all dogs and dog lovers. The story of the dog jingle is eloquently.

A song dedicated to dogs and dog lovers

In the MV of the movie’s theme song “Last Sight”, the past of Dingdang and Yang Qi are revealed one by one. The search and rescue dog Dingdang and firefighter Yang Qi are a good pair. They fought side by side in the Wenchuan earthquake rescue, and they were both injured. Retired one after another. One day Dingdang left the search and rescue dog recuperation base under the circumstances, and embarked on the wandering road of drifting, but never thought that it would take a lifetime to find Yang Qi. “I will not be afraid of the eternal darkness” “You are my only light, this light will never dissipate” “I long for the warmth of your embrace”, the sincere emotions in the lyrics pierce people’s hearts, supplemented by the young singer Wang Fang’s affectionate voice vividly conveyed Dingdang’s miss for Yang Qi. Wang Fang, who once sang “Heroes’ Hymn” on the CCTV Spring Festival Gala stage, once again sang for the cutest fire hero. She once revealed on her personal Weibo: “Because the plot is so touching, I even sang myself crying during the recording. .”

See also  Take it away!Big star丨Wang Hedi: Girls don’t love basketball, they only watch when they meet male fans and they confess their feelings calmly – yqqlm 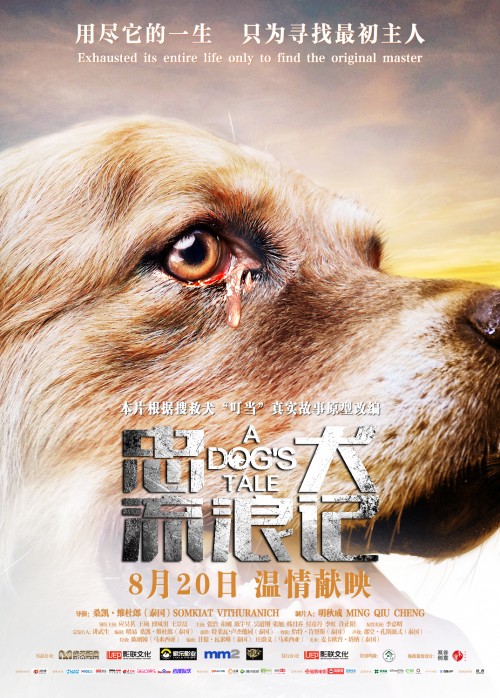 The movie “The Wandering Dog” is in theaters. The experience of Ding Dong and Yang Qi has resonated with countless audiences, especially dog ​​lovers, and has received praise from audiences on multiple platforms. Become the most common vocabulary in the evaluation of “The Wandering Dog”. The audience also commented that “This is an educational film suitable for children to watch. It can cultivate children’s love and sense of responsibility. By the way, they can teach children to be responsible for the dog if they own a dog.”

In addition to the praise of ordinary audiences, “The Loyal Dog Wandering” has also received praise from many film critics. The expression of true feelings is enough to touch the hearts of the audience.” Film critic Zhan Taifeng commented on the friendship between Dingdang and Yang Qi in this way: “This is a silent love, a silent agreement, but through the four seasons, crossing life and death.” The loyal dog was silent, but we deeply felt it. That crosses the species, the great love that crosses the region.

“Loyal Dog Wandering” is directed by the famous Thai director Sangkai Widurang, starring young actors Ying Haoming, Fu Fengnan, Wang Jingchen, Wang Shuo and others. It tells the touching story of the retired search and rescue dog Dingdang exhausting his life to find the first trainer . The film is showing high reputation in theaters. This summer, let us walk into the theater together to learn about search and rescue dogs and care for stray dogs.